‘Elizabeth I Love You’ Lyrics 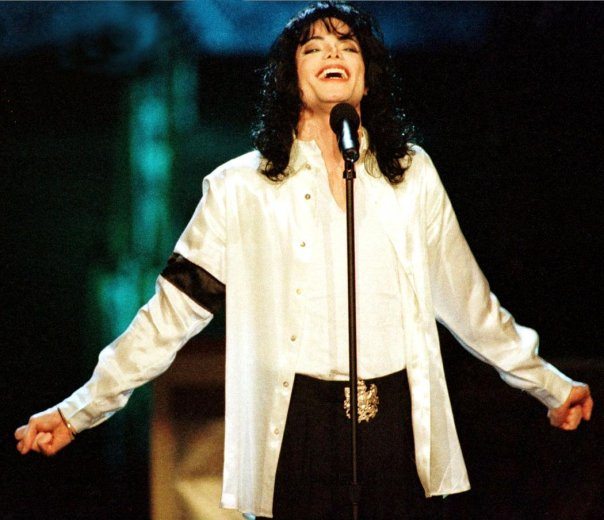 ‘Elizabeth I Love You’

This song was written by Michael exclusively for his dear friend Dame Elizabeth Taylor. He sang this moving song only once, at Elizabeth Taylor’s 65th birthday party, on 16th February 1997.

“I’ve met a lot of people in my life…and very few are real, real friends. Elizabeth is one of the most loyal, loving, caring people that I know.” – Michael Jackson

Elizabeth and Michael were very dear friends and she was a strong supporter of Michael throughout both the happy and sad times during his short but eventful life. She was a true friend indeed.

“He has been hurt by so many people, I think I’m the only person in his life that has not betrayed him.”

Michael and Elizabeth’s relationship began on an off note: she walked out of one of his concerts, and he called her almost in tears. She assured him that she left because of bad visibility, not a poor performance. What was meant to be an apologetic phone call turned into a three-hour conversation and ultimately, a more than three decade long friendship.

More than anything else, Elizabeth linked their friendship to their accelerated upbringing. She became a star at 12 with ‘National Velvet;’ he at eight with the Jackson 5. In a 1997 interview with Walters, Taylor said,

“One of the reasons I think Michael Jackson and I are so close [is] because neither one of us had a childhood, and we can relate to that and wonder at how we got by.”

While they occasionally made appearances together in public — at the movies, at AIDS benefits, at the 1993 American Music Awards — much of their relationship remained private. Michael made her part of his family, as she served as godmother for Michael’s eldest children, Prince Michael and Paris Michael Jackson.

“My heart…my mind…are broken,” she wrote the day after he died. “I loved Michael with all my soul and I can’t imagine life without him. I don’t think anyone knew how much we loved each other. The purest most giving love I’ve ever known. Oh god! I’m going to miss him.”

Therefore the public performance of this song is a significant event in their friendship.

Here are the lyrics,

‘Elizabeth I Love You’

That’s What They Told You

A Child Star In Hollywood

That’s What They Sold You

Grace With Beauty, Charm And Talent

You Would Do What You Were Told

But They Robbed You Of Your Childhood

Took Your Youth And Sold It For Gold

You’re More Than Just A Star To Me

You Have Surpassed Them All

Learned To Outlast Them All

Many Started Back When You Did

But Look At You, A True Survivor

Full Of Life And Carrying On

You’re More Than Just A Star To Me

This Is Your Life

You Seem To Have It All

You Reached Your Peak

They Wanted You To Fall

It’s Very Sad, This World Can Be So Bad

But Though All The Heartaches

When They Put You Down

You Know You Were The Victor

And You Earned The Crown

You Were Beating Life’s Battles

Remember The Time When I Was Alone

You Stood By My Side And Said:

You Did All These Things

That Only A True Friend Can Do

The World Knows Your Work Now

I Pray One Day I’ll Be Just Like… You.

Source: mjlyricsonly.com, ABC News & MJWN, with thanks to Erika