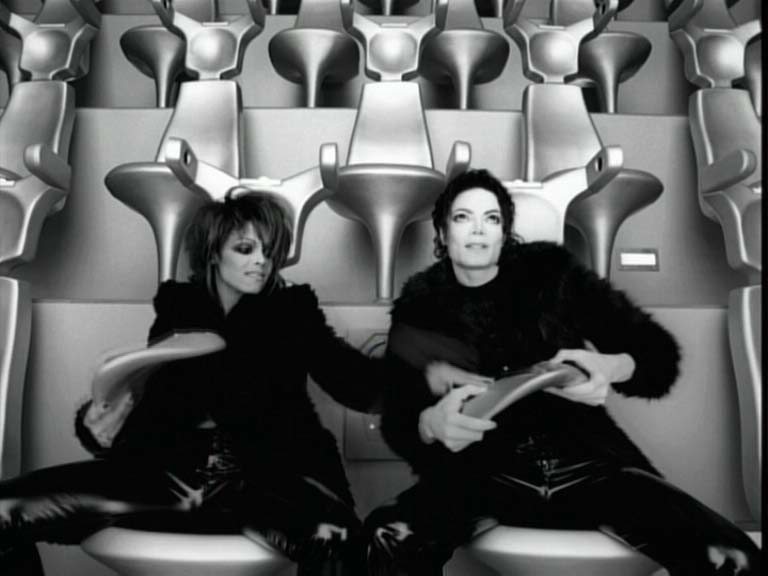 Immediately after their inception, music videos took the music landscape by storm and instantly became an integral part of the industry. Rarely does a song become a hit if it is not accompanied by an audio-visual presentation. People are more stimulated by what they see and music videos are effective in stimulating audiences, getting them to relate with the song as well as facilitating the retention and recognition of both song and artist.

As music videos are effective platforms in promoting the song and the singer, many artists have sought the best production outfits to help them come up with the most compelling and entertaining productions. And for those who had no qualms about money, allocation, and budget costs, music video production can easily mean a multi-million dollar endeavour.

Here are the 10 most expensive music videos ever:

Produced in 1999 by Hype Williams, the music video for ‘What’s It Gonna Be?’ by Busta Rhymes required $2.4 million to complete. Judging by the video’s budget, the overall costs would have been $3.9 million by today’s standards. Janet Jackson did not come cheap, but most of the money went to computer-generated transformations. In the video Busta Rhymes and Ms. Jackson morphed several times. The glass costume, worn by Rhymes, was reported to be worth $40,000 alone.

Mariah’s ‘Heartbreaker’ music video was shot in 1999 with Brett Ratner leading the production crew. Total costs amounted to $2.5 million, which stemmed from a lot of elements that were needed for the production. The list included Jerry O’Connell’s talent fee, rent for a cinema and a mansion, as well as the animation. This was made at a time when Mariah was still a huge resounding name in the music industry.

#8 Too Legit To Quit by MC Hammer

MC Hammer totally dominated the rap music scene back in the early 1990s and it is not surprising for his lable to give a go signal to allocate $2.5 million for the Too Legit To Quit music video. Given that the year was 1991, such amount was huge and would go for $4 million today. Key highlights of the video included the appearances of James Brown and John Belushi as well as some pyrotechnic display.

Puff Daddy, Notorious B.I.G., and Busta Rhymes joined together in 1993 for the music video of Victory. It was directed by Marcus Nispel, adn the total money spent for the production settled at $2.7 million. The fact that it is eight minutes long is just a sliver of the production costs. Major expenditures included appearances of Dennis Hopper and Danny DeVito, construction and destruction of a helicopter, stunt men fees, and huge fireworks also required a lot of money.

Guns N’ Roses was a huge band back in the day and so were the music videos of their songs. ‘Estranged’ was no different. As the title subtly implies, the song is about separation and that was the focalpoint of the music video. It delved on divorce and was 10 minutes long. Produced in 1993, the video was highlighted by several “expensive” scenes such as Axl Rose leaping off the deck of an oil tanker and Slash emerging from the bottom of the ocean. Also, the video also showed the band boarding a transport aircraft. And those were just some of the frames shot in the music video.

#5 Black or White by Michael Jackson

One of Michael Jackson’s most popular songs in his music career, ‘Black or White’ was a piece directed straight at modern racism. With such a sensitive subject, MJ and his team wanted to produce an equally compelling video. The result was an instant hit. The video was one of the most watched music videos of all time and helped MJ become a global icon in the fight against racism. But the production cost was anything but cheap. Computer generated transformations, appearances of equally popular people, and turning Michael into a black panther made up a huge slice of the production’s $4 million budget. And that was way back in 1991.

Madonna and her label did not have any issues spending $5 million for the making of the ‘Bedtime Story’ music video back in 1995. Fees for direction were considerably high with renowned music video director Mark Romanek at the helm. Also, the video was basically littered with tons of digital effects. While the shooting took only six days, the post production process went on for weeks. That said, the finished product was touted as one of Madonna’s most experimental music videos and has been kept by art and music galleries around the world.

#3 Express Yourself by Madonna

Taking inspiration from the 1927 classic film ‘Metropolis,’ the music video ‘Express Yourself’ was clearly Madonna’s way of expressing her thoughts and ideas on several social issues stemming from power and gender. Hollywood powerhouse David Fincher (who also directed Fight Club and The Panic Room) led and steered the production crew in the making of this video. His talent fee alone required a huge sum from the total budget allocation.

#2 Die Another Day by Madonna

With ‘Die Another Day’ being the theme song of a James Bond movie, that meant a lot of action scenes for the song’s music video. Traktor, a Sweden-based production outfit was commissioned for the job and they did not disappoint. Madonna performed her own stunts, including some fight scenes with herself. To make it more compelling, Madonna underwent fencing training to make her a legit sword fighter for a few moments. That alone would take up a huge slice off the budget. And since Madonna was duelling against herself in the video, it also meant expensive computer effects.

The space-themed ‘Scream’ by Michael Jackson featuring his sister Janet is the most expensive music video to date. $7 million was allocated to produce the video, with the renowned Mark Romanek at the helm. Produced in 1995, the set of the video was on board a computer-generated white spaceship, which was a huge chunk of the budget. The special effects and the lighting set up did not come cheap either. If compared against today’s barometers, the video is worth $10.5 million.