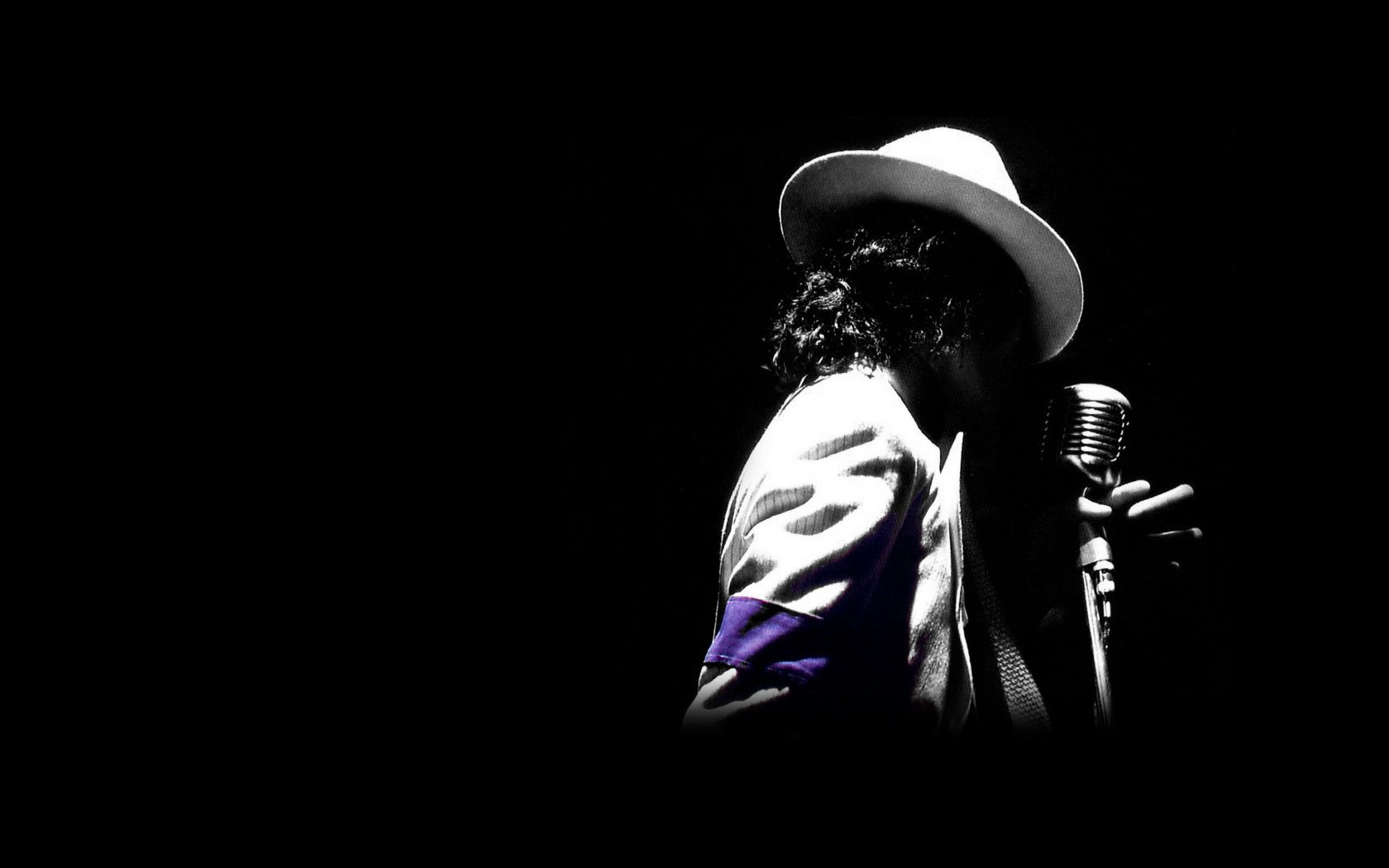 From soul royalty to pop divas and indie rockers, everyone loves Michael, the King of Pop. These versions are among the best video, according to Noah Berlatsky. Please note the views expressed are those of the author, however a respect and regard for Michael’s music is strongly evident.

The Beatles were a hugely influential band in large part because of their songwriting, which is why everybody and their uncle twice removed performs versions of Lennon-McCartney, and even George Harrison songs.

Michael Jackson’s fame was more tied to his own particular performance, image and dancing — all of which were so intimidatingly accomplished that they rather discouraged imitation. As a result, even though he’s probably as, or more, important to contemporary pop than the Fab Four, his music is nowhere near as covered. Still, you don’t get that famous without prompting tributes. Here are some of the best and/or entertaining and/or bizarre of them.

Cleopatra, ‘I Want You Back’

This 1969 number by the Motown hit factory was the Jackson 5′s first major hit, and it is much beloved and covered.  I like the way KT Tunstall reimagines the song as percussive acoustic indie folk pop, but her earnest vocals are maybe a little hard to take. So I’ve opted for girl group Cleopatra’s hip hop girl group version. The young MJ is inimitable, but Cleo Higgins does about as well as anyone could in channeling his particular brand of dynamite when she sends those “ooo —oooh!”s up toward the stratosphere.

This massively successful early Jackson 5 hit from 1971 became an almost-as-massively-successful disco crossover smash when Gaynor recorded it three years later. The video above has some truly stupendous sparkly seventies Vegas-by-way-of-Planet-Cleavage attire, though the song is cut off, alas. You can hear the full version here.

Marvin Gaye, ‘I Wanna Be Where You Are’

One of Michael’s early solo hits, the song was penned by Arthur Ross (Diana’s brother) and Leon Ware. Gaye covered it on the Ware-produced 1976 album ‘I Want You,’ and it’s one of the few cover versions that legitimately seems to surpass the original. The sophisticated, layered backing and Gaye’s slippery vocals have a sensual adult suggestiveness that Jackson wasn’t quite up to at that point in his career, if ever. No matter; he had other strengths. (MJWN – fans may well disagree!)

As you’d imagine, hip hop loves Michael Jackson.  XXL has an amazing list of 55 Jackson samples, which you can fall into for the rest of the weekend if you’re so inclined. This track by Mobb Deep lifts Michael’s cover of the Stylistics’ 1972 hit, turning the original’s ambivalent que sera sera world-weariness into a distorted, bleakly ominous groove.

De La takes MJ’s pop and blows it up. The intro of the mellow ‘I Can’t Help It’ turns into a smooth soul bubble on loop.  “I am the man-ner of the family cuz the pants fit” is a nod to those funky forefathers and perhaps a promise to be weird enough not to follow Michael or Stevie Wonder (who wrote the song) up the charts.

Quincy Jones, Brandy, Heavy D & the Boyz, ‘Rock With You’

Jackson’s collaborator Quincy Jones redid this track from ‘Off the Wall’ in 1995. It’s a nice synopsis of MJ’s influence, with Brandy’s smooth vocals showing ’90s R&B’s debt to the master and Heavy D rapping over a beat that seems to have been devised in anticipation that someone like Heavy D would do just that.

Of all the divas of the early 2000s, Rihanna was not necessarily the one I would have picked for superstardom. Still, you’ve got to admire the canniness; if you want a hit, you can’t do better than rejiggering ‘You Wanna Be Startin’ Somethin’. Rihanna’s StarGate-produced version rubs off some of those jagged, tightly wound James Brown edges, and her vocals have none of Michael’s mercurial dexterity — but even a somewhat bowdlerized MJ is still going to tear up the radio.

‘Billie Jean’ has more of a story than most Michael Jackson songs. Perhaps for that reason, it’s snuck its way into the alt country cannon. Robbie Fulks’s version has his trademark smugness, which is not ideal in this context. The Civil Wars’ effort is just about perfect though, the slow pace turning the rhythmic drive into empty space, Jackson’s unpredictable moans replaced with dual vocals that slide back and forth and up into world-weary harmonies.

For anyone who thought Babymetal invented the death metal/pop hybrid, Ten Masked Men’s been doing it since 1996. The music is just a little too tuneful to quite pass as authentic death metal, but the lyrics couldn’t be much more perfect.

Why someone like Girl Talk takes the world by storm when there are artists like this guy around is a bit of a mystery. Wax Audio specializes in classic rock mashups, and his videos are as much works of art as his audio (check out the glorious alternating spins at 1:33). ‘Beat It’ was itself a genre-busting exercise, with Eddie Van Halen’s guitar powering the track. Wax Audio just extends the conceit by putting an actual Van Halen song under Jackson’s vocals.

This song has been sampled more than any other song written by Toto, but I thought I’d go instead with this drum and base remix by Makoto. Michael’s vocals turn into a plaintive cry and the pretty tune flails poignantly beneath the amphetamine electronica.

The most famous cover of this is probably the one by Alien Ant Farm. Many love it, but it mostly reminds me just how tedious the unsubtle mugging of pop punk can be. I much prefer Abbos’ strangled-duck-honking version on traditional Uzbek instruments, which revels in the original’s jerky sinuousness rather than flattening it out.

MC Lyte with XScape, ‘Keep On Keepin’ On’

‘Liberian Girl’ is not my favorite Michael Jackson song, but the sample sure sounds amazing here in Jermaine Dupri’s production. MC Lyte’s tough, shoulder-shrugging flow rolls seamlessly into those heavenly Xscape harmonies. Plus, even Jackson himself would have to envy that bad-ass suit.

Michael’s version of ‘Dirty Diana’ comes across as almost self-parodically overstrained; MJ reimagining himself as rock dinosaur complete with bloated classic-rock guitar and self-aggrandizing sneers/daydreams about groupies. The Weeknd’s sparse electro-slogging beat turns the song from arena rock to indie rock; the swagger becomes a kind of lament, both for Diana and the singer.

Kawehi, ‘The Way You Make Me Feel’

One-woman band Kawehi sits on her bed and harmonizes with herself to a joyful version of ‘The Way You Make Me Feel.’ Plus, adorable (albeit unimpressed) doggies.

The odd, slow, dreamy ‘Stranger in Moscow’ from ‘HIStory,’ is a relatively little-known Michael Jackson track. All the more credit to Tame Impala for hearing the sun-dappled psychedelia inside the melancholy smooth jazz.