Drumming For A King 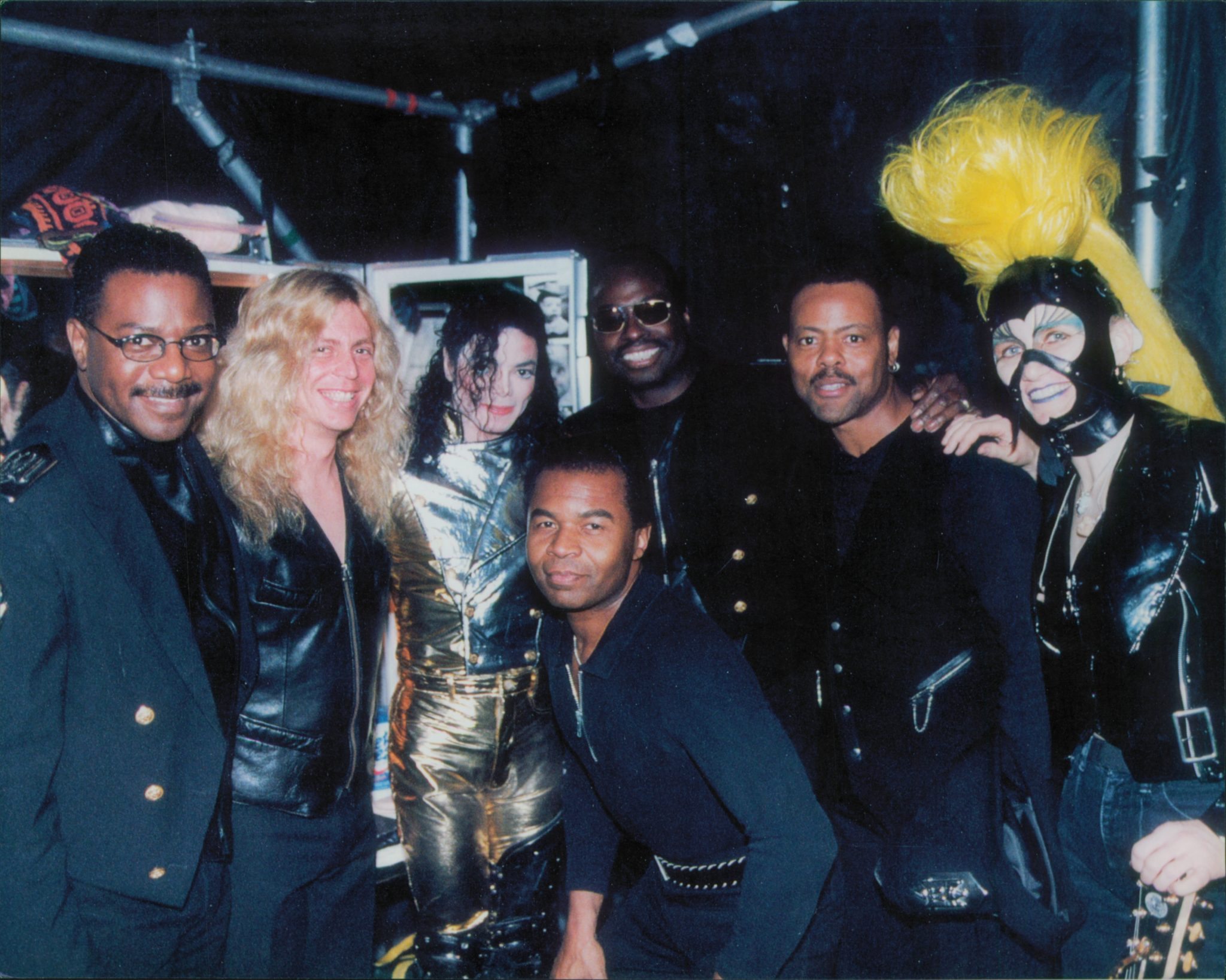 Jonathan Moffett’s credits read like the dream resume of any musical child of the ’70s and ’80s.

In his 35-year career, the New Orleans drummer has backed The Jacksons (including Michael, Janet and Jermaine’s solo tours,) George Michael, Elton John and Madonna on her ‘Virgin,’ ‘Who’s That Girl,’ and ‘Blonde Ambition’ tours.

“Nobody tops Michael,” Moffett said this week by phone from Raleigh, where ‘Michael Jackson: The Immortal World Tour’ had its opening night. “Production-wise and in terms of staging, props and magnitude, Michael always exceeded expectations.”

Moffett – along with several other musicians who were gearing up to tour with Michael’s ‘This Is It’ tour before his untimely 2009 death – is part of the Cirque du Soleil tribute to the King of Pop, which returns to Time Warner Cable Arena in Charlotte on Tuesday and Wednesday.

The show features Cirque-style acrobatics and Jackson-style dancing to a soundtrack that includes some of Michael’s biggest hits as well as lesser-known selections.

Moffett began working with the Jacksons in 1979, when he moved to L.A. at the behest of Jermaine. He quickly got noticed by other artists, who would see him on stage behind the elaborate sculptural drum rigs he designed and request him for their tours.

Despite his impressive resume, ‘Immortal’ has been a new experience for Moffett.

“With Elton John and Madonna we had dancers, but we didn’t have acrobats and contortionists,” Moffett said. “It’s interesting to see those aspects. No one was doing amazing feats.”

“There’s so much happening on stage you have to see the show three or four times before you’d see everything,” he added.

Some might think revisiting Michael’s legacy would be difficult for Moffett, considering he worked with the pop star for 30 years. But the drummer didn’t hesitate to accept the position with Cirque.

“Michael is so much in my heart and spirit, I was with him the night before he passed almost until 1 in the morning. He was a major part of my life. I feel like he’s here with me … (or) like he could come along any minute. … But on a professional level, I know he’d want me to do the same thing I was doing before playing with him.”

‘Michael Jackson: The Immortal World Tour’ features Cirque-style acrobatics and Jackson-style dancing to a soundtrack that includes some of Michael’s biggest hits as well as lesser-known selections.

WHEN: 8 p.m. Tuesday and Wednesday.