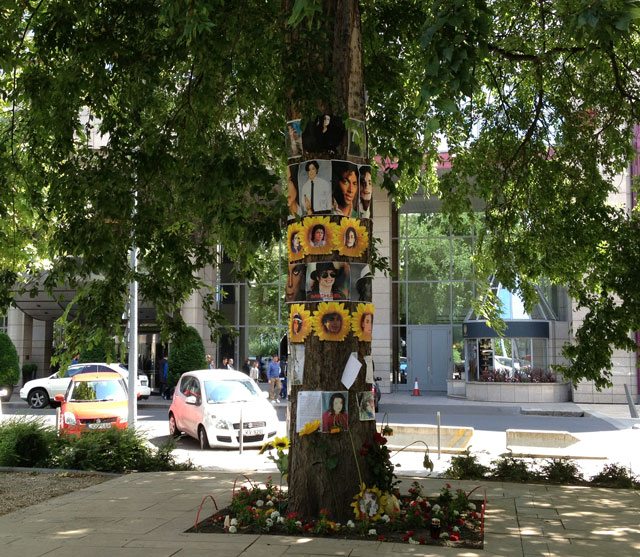 The death of the King of Pop, Michael Jackson effected many people in many ways, and inspired countless tributes and memorials the world over, but none may be as inspiringly analog as Budapest’s ‘Michael Jackson Memorial Tree.’

During his tour stays in Budapest, Michael Jackson often stayed at the Kempinski Hotel. Whenever the singer was in town, fans would gather in the park across from the hotel, trying to simply catch a glimpse of the famous pop star.

Upon his death in 2009, fans dedicated a tree on the corner of the park to his memory. Devotees decorated the public tree by stapling pictures, flowers, letters and all manner of homemade tributes into the bark.

More than a passing memorial to the Jackson’s death, the tree is still regularly plastered with photos and print outs of the singer.

In addition, each year on Michael Jackson’s birthday, Hungarian fans gather in the park in impromptu flash mobs to perform one of the celebrity’s dances.