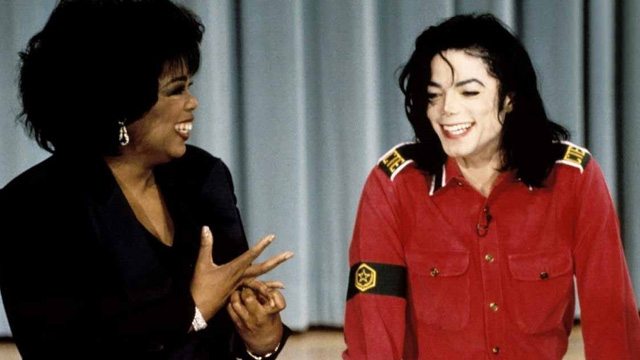 Today marks the 21st anniversary of one of the most famous interviews of all time. On 10th February 1993, Oprah Winfrey sat down with the King of Pop, Michael Jackson, for a live 55 minute interview at his Neverland Valley Ranch.

The TV special became the most-watched interview in television history with 90 million people worldwide tuning in to see Michael speak about his career and personal life, including his childhood, his strained relationship with his father as well as very personal details like his battle with vitiligo that changed the colour of his skin. Later in the interview, Michael was joined by his close friend Elizabeth Taylor.

16 years later, soon after Michael passed away, Oprah Winfrey opened up about her memory of Michael and the interview. “What I remember about Michael the most is that he was a person who was passionate about life. He was really passionate about his work … and [passionate about] his desire to try to be a good force in the world.”

Memorable Michael quotes from the interview

“People wonder why I always have children around. It’s because I find the thing that I never had through them. Disneyland, amusement parks, arcade games – I adore all that stuff because when I was little, it was always work, work, work.”

“My mother’s wonderful. To me, she’s perfection. I just wish I could understand my father.”

About his skin colour:

“It is something I cannot help. When people make up stories that I don’t want to be who I am, it hurts me. It’s a problem for me. I can’t control it. But what about all the millions of people who sit in the sun to become darker, to become other than what they are. Nobody says nothing about that.”

About the amount of plastic surgery:

On being asked if he was a virgin:

“I’m a gentleman. That’s something that’s private, that shouldn’t be spoken about openly. You can call me old-fashioned if you want, but to me that’s very personal”

“The moonwalk came from these beautiful black kids who live in the ghettos in the inner cities, who are brilliant. They just have that natural talent for dancing any of the new, hot dances. They come up with these dances, all I did was enhance the dance.”

As an extra bonus, this weekend footage of some of the behind the scenes footage was leaked online. In this first video, which was filmed directly after the interview was broadcast, we see Michael, Oprah and Elizabeth Taylor watching the TV special back as well as having some photos taken:

In this second video, we see Michael and Oprah around the outside of Neverland, posing for photos for publicity shots. These were used by newspapers all over the world in the weeks following the broadcast.

Share your memories of the interview in the comments below.

Source: Oprah.com & MJWN with special thanks to Paula.