B. J. Novak And His Meeting With Michael Jackson 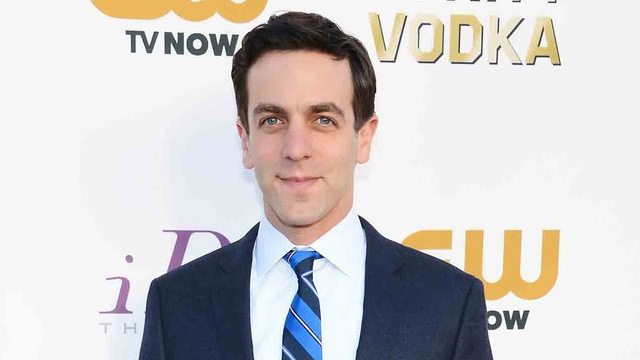 American comedy actor, writer and director B.J. Novak is known for starring in The Office (US version) as well as being a writer and co-executive producer for the smash TV hit. However here he sits down and speaks to Vanity Fair about his brief childhood encounter with Michael Jackson in 1991.

So we eat in silence for the first two minutes. Every kid is too well behaved to ask him a question. I’m at the head of the table, I don’t know why. He’s right next to me. He says, “Do you like video games?” I said, “Sure.” He starts describing the arcade that he has at Neverland. Like Sonic the Hedgehog and stuff. Sega games.

And then he pulls out CDs and says, “Do you guys like music?” And we’re thinking, Uh, yeah, and you’re Michael Jackson. He pulls out CDs and says, “I got these CDs the other day.” It’s Aerosmith and Kriss Kross. He says, “I went to the movies with Macaulay Culkin recently.” And we’re like, You don’t have to namedrop, you’re in. He’s really insecure. He doesn’t think he’s relevant to kids or something. He was trying to show us he was cool. We finish dinner, the Chopra kids say, “Let’s go play a game.” Mind you, this really happened. In Massachusetts. The one thing that didn’t happen in L.A.

So we play Scattegories. My team loses; he wins. When he wins, he sings “We Are the Champions,” beautifully. Just to gloat. It’s gorgeous. Then he and the Chopra kids run upstairs, go in one of the bedrooms, doors are open. “Beat It” starts blasting. Someone says to me, “I wonder if he’s dancing.” I’m like, “Let’s go take a look.” We go upstairs, go into the room where “Beat It” is playing. Michael Jackson comes spilling out of the room giggling, slapping my shoulders, saying, “I didn’t put it on, I didn’t put it on.” The Chopra kids nod and say, “He put it on—he does this all the time.” That’s his joke. He blasts his own music and says, “I didn’t put it on.” And then it was time to go. I’m so shy, and you don’t ask for a picture in ’91. I didn’t ask for an autograph, because I had the experience. That’s why still, if I may say, that when people come up for a picture—someone that barely knows what show you’re on—and they say, “Can I have a picture?” It’s like, Are you kidding me? I was 11 years old, I had dinner with Michael Jackson, and I didn’t ask for sh*t. I experienced it.

So my life has had some very interesting twists and turns, but nothing like that. I was done at 12.”