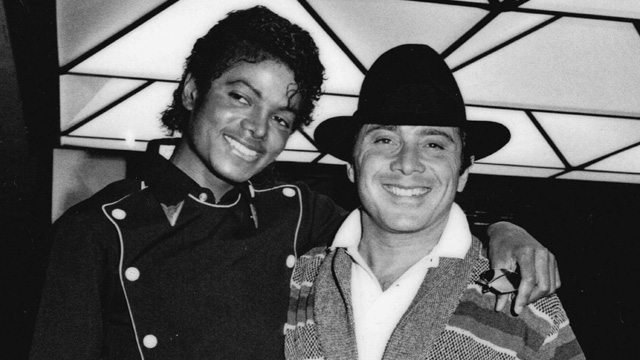 A Boston-based producer who hit his stride in the ‘80s with the electro-funk band the Jonzun Crew is suing the estate of Michael Jackson and Paul “Having My Baby” Anka for $10 million, claiming the King of Pop and the iconic Canadian crooner cut him out of the credits on their Grammy Award-nominated single, ‘This Is It.’

Michael Jonzun alleges in court filings ‘This Is It’ is nothing more than a remake of the love song ‘I Never Heard,’ which Michael and Anka co-wrote in 1983 and Jonzun said he was asked to produce and tinker with in 1990.

His suit states Jonzun “still has the tapes of the versions he created in his possession.” He told a federal judge yesterday he has a contract to back up his one-third ownership in the hit.

“We strongly believe these claims do not have merit. I just want that on the record.”

‘This Is It’ was also the name of Michael’s swan-song documentary released in 2009 when his sudden death at age 50 derailed plans for a world tour. The film grossed nearly $262 million worldwide.

Jonzun told Casper he believes Massachusetts has jurisdiction over his case because,

“Mr. Anka performs here regularly,” “the song is being sold in Massachusetts,” and “Jackson has books being sold here. The list goes on and on.”

Casper took under advisement arguments by Reynolds, Boston attorney Catherine Bednar on behalf of Anka, and Boston attorney Brian Devine, representing Jackson’s doomed comeback tour promoter AEG Live, that she should throw Jonzun’s suit out because he filed it in October 2012.

That’s 18 days after the three-year window of opportunity he had to stake a claim against the two superstars under the federal Copyright Act, they said. Jonzun then missed the 120-day deadline to serve them with summonses, they added.

“The defendants are using a smokescreen of sorts to distract you.” He said their protests that his civil action missed the deadline “are really just a wall for stopping me from moving forward because the case has merit.”

He assured Casper yesterday he is actively searching for a lawyer, adding,

“It’s not easy getting someone to take on AEG Live, Paul Anka and the estate of Michael Jackson on a contingency fee basis.”