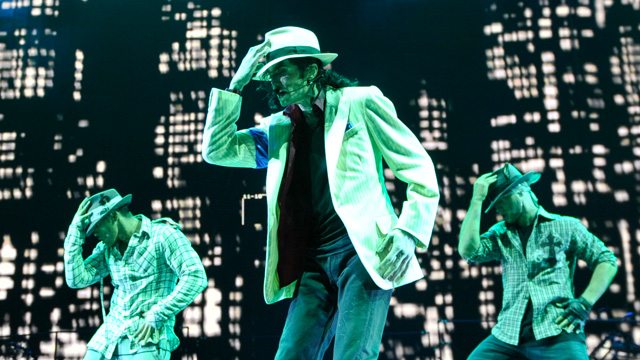 Ever since Michael died on June 25, 2009, there’s been almost nonstop action in courts. Last year, Katherine Jackson s family pursued AEG Live on the theory that the concert promoter had pushed the King of Pop to the edge. The effort was unsuccessful, but there is s death.

This one puts the handlers for the estate on the same side as AEG Live. Together, they are defending a lawsuit brought by underwriters at Lloyd’s of London, wishing to get out of paying a $17.5 million insurance policy on the ‘This Is It’ tour.

“As to the issue of Mr. Jackson’s fitness to perform, that is conclusively proved by the footage of Mr. Jackson rehearsing on June 23 and 24, 2009, immediately prior to his death,” says court papers filed on Dec. 31 by the Michael Jackson Company (an entity set up by the singer and now controlled by executors of his estate).

“This footage, which was compiled into the motion picture This Is It clearly shows that Mr. Jackson was not only fit to perform in concert, but that he could still do so brilliantly.”

In the lawsuit, Lloyd’s of London asserts it was misled about the singer’s health. The insurance underwriters point to some of the same AEG Live internal emails that were presented to a jury by Jackson’s family last year. Those emails allegedly show that AEG tried to hide his deteriorating health. The insurer says it would have refused an “accident” policy had the singer’s true condition been revealed.

A trial is tentatively scheduled for February. First, a judge considers the plaintiff’s summary judgment motion and the defendants’ opposition.

According to documents in the case, AEG looked to secure cancelation insurance in January 2009. The concert promoter went to a London-based insurance broker, which allegedly was aware of the “almost daily” press about Michael and therefore recommended the singer be examined by a doctor.

On Feb. 4, Michael was examined by Dr. David Slavit, a New York-based ear, nose and throat doctor who found the singer to be in “good health” and “excellent condition.”