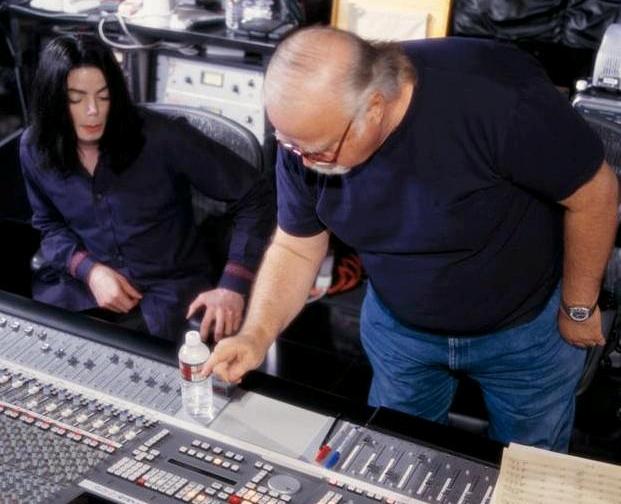 Michael’s recording engineer’s fascinating new book ‘The Bruce Swedien Recording Method,’ is chock full of the legendary engineer’s wisdom. It’s a great read for engineers and audiophiles of any age.

Grammy Award winning recording engineer Bruce Swedien received his first nomination in 1962 for Frankie Valli and the Four Seasons’ ‘Big Girls Don’t Cry,’ and Swedien went on to record and mix most of Michael Jackson’s albums, including ‘Thriller,’ the best-selling album of all time. Swedien also worked with Donna Summer and has been nominated for a total of 13 Grammys.

Even if you’re preparing to record a local band or Arcade Fire, the wealth of information between the covers of ‘The Bruce Swedien Recording Method’ paperback book will give you a lot to think about. It’s not just for engineers, audiophiles will find the book a fascinating read.

You can also watch the man in action on the included DVD-ROM, and learn about what great sound is all about. He talked about picking the right microphone to do the job, and even with all his years of experience, he was always open to experimenting with mics. Listening is key, and he wound up using a Shure SM7 mic on Jackson’s vocals for ‘Thriller,’ even though Swedien never previously thought of that mic as a great vocal mic.

You’re not going to find the right mic choice on Google, you have to figure it out for yourself, by listening to the sound, making corrections, and listening again. Swedien thinks it’s important to know first hand what unamplified instruments really sound like, because that helps form your “aural benchmark.” I agree, that sort of ear training is crucial, even if you’re only going to record amplified or electronic music.

“We don’t deal with reality in modern music recording, reality is a thing of the past.”

In other words, Swedien isn’t making audiophile recordings that strive to perfectly reproduce the actual sound of singers and instruments, no, he makes recordings he thinks sound good. Judging by how many hit records he’s made, Swedien definitely knows what people like.

Swedien discusses the importance of studio acoustics, and he prefers to use as little dynamic range compression or equalization as he can on vocals and instruments. Swedien feels that using a lot of compression is an admission you don’t know what you’re doing. His approach to recording drums struck me as a little unusual, he starts getting the sound first with the kick drum, takes the front head off, and puts a heavy cinder block inside the drum to weigh it down. That’s how he gets such a solid drum sound, without bloat or thickening. He also said, “You need a really good drummer,” no microphone technique can make a so-so drummer sound great. Swedien feels that listening to music is something you experience, and when it’s right you hear it and feel it.

‘The Bruce Swedien Recording Method’ is available in bookstores and on Amazon.