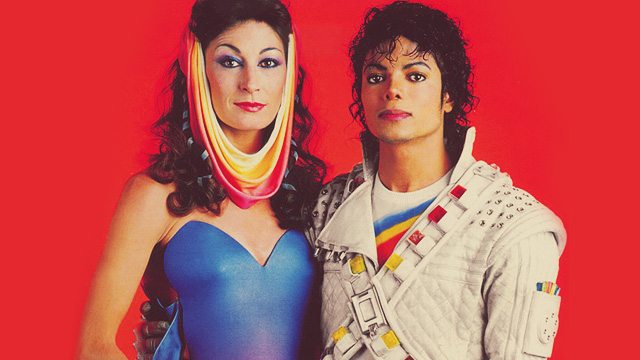 Angelica Huston has written her autobiography, “A Story Lately Told” and in it speaks of her dream about Michael Jackson and starring with him in the Disney film ‘Captain EO’ where she stars as a witch from a faraway planet.

Angelica writes about a dream she had before the film about being in the desert with Michael, being in love with him and an elephant stampede. She was then offered the role in ‘Captain EO.’

This is what she writes about working alongside Michael in this famous 3-D short directed by Francis Ford Coppola, produced by George Lucas, and shown at Disneyland:

“Maybe a couple of months before, I had a dream about being in the desert with Michael Jackson, madly in love, and an elephant stampede came up behind us and they put their trunks around us as we were sort of floating in midair— this very beautiful dream. So when ‘Captain EO’ came about, I suddenly realized that it was prescient.

“It was surprising because it seemed that anger was very difficult for him. He had a high voice and he was very tentative, very nervous about how he would come across. And I remember his reluctance to show anger or anything violent.

“I think the whole thing took about three weeks to shoot. It was a short film about Michael Jackson coming to my ugly hideous planet. I play, of course, a grand high witch. … This was solidly in my witch period where I seemed to play every witch on the planet. But he comes to my planet and I’m cruel and evil, he sings to me and transforms my world. As it happened, [Michael] had a little retinue of space creatures, and one happened to be a green elephant, which only confirmed the prescience of my dream.

“I had extensive makeup, a lot of prosthetics, it took about seven hours to put on all my prosthetics every morning. … When the camera turned around on Michael, he asked that I still be in makeup even though I was off camera. I was initially a bit irritated by that because it took so long and I knew that I wouldn’t be on camera. But I did it and I remember from the moment he started to sing, I was sort of overwhelmed, I’d never seen a transformation like that. The power of his voice, the incredible sort of electricity that surrounded him when he began to sing was astonishing. And all of the inhibitions that he seemed to have as a person disappeared and he became this dynamic and extraordinary force.

Michael was a genius at what he did and capable of practically anything on stage. I think he was extraordinary.”

You can read the more of her story here.