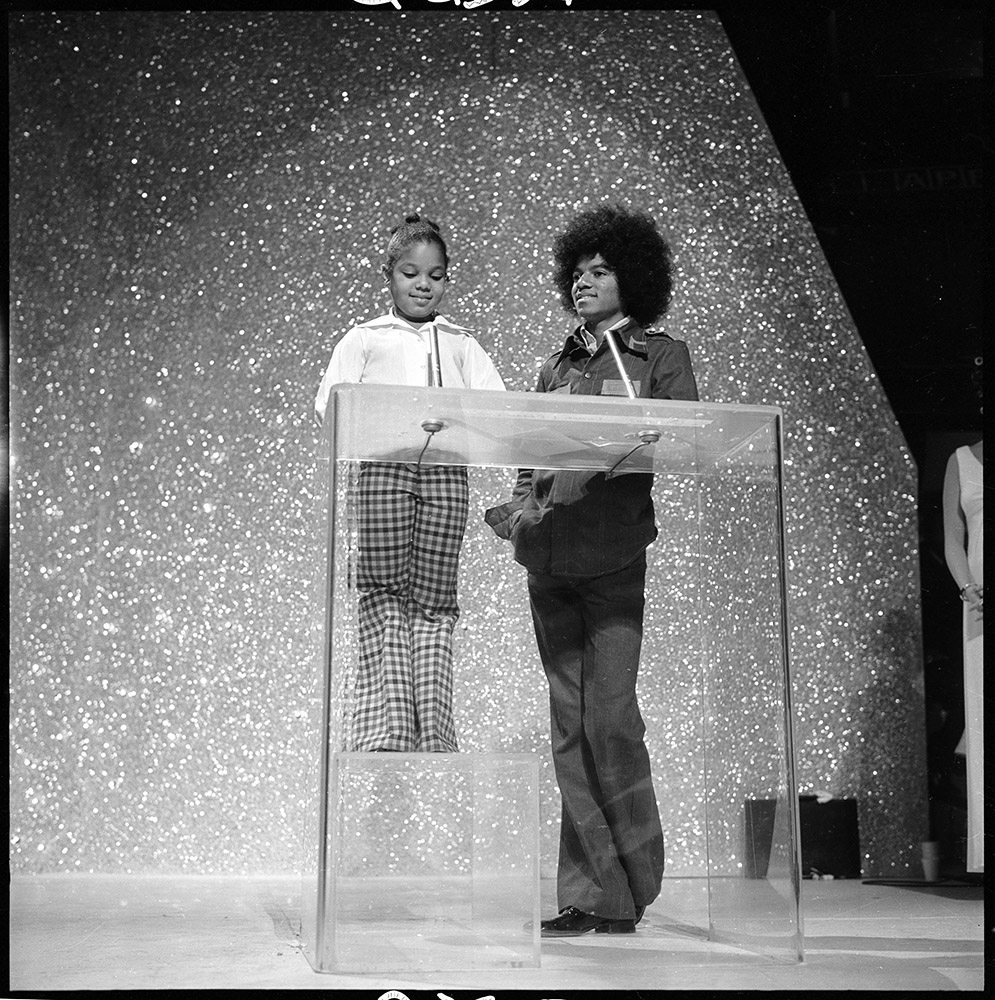 Before the American Music Awards air this weekend, we’re looking back at the 2nd Annual AMA show, where a teenaged Michael Jackson enlisted the help of his 9-year-old sister Janet, saying,

“To assist me in the next award I’d like you all to meet a beautiful, talented and charming young lady, my sister Janet Jackson.”

Michael gushed, cueing Janet to sashay up to the podium. At the end of her strut, little Janet climbs on top of a box, making her taller than her brother, who has to stand on his tip toes to give her peck on the forehead.

Michael is a major part of AMA history, having co-hosted the first show with Donny Osmond in 1974.

The late King of Pop still holds the record for most AMAs with 26. He and Whitney Houston tie for having the most awards won in a single year with eight.

To read the article in full please click on this link.