MJ Get Together In Melbourne Australia 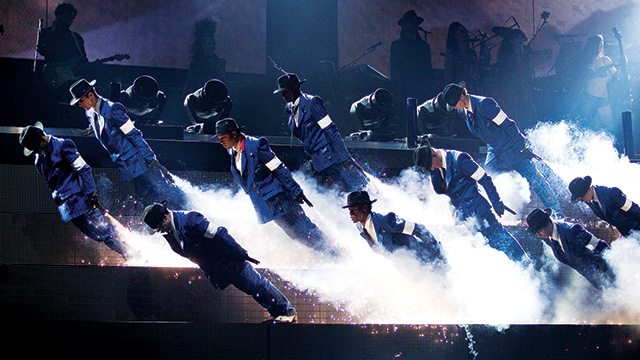 Melbourne, Australia was THE place to be during October, 2013; I travelled from Queensland Australia to stay with a good friend for a few days.

There were a lot of MJ events happening while I was in town. On the Friday night, the 11th, I ventured to Rod Laver Arena to see Cirque Du Soleil’s ‘Michael Jackson: Immortal,’ with friends. There are really no words to describe this show. They were met with a sell out concert this night. The whole arena was on its feet more than once. Wow ! So many emotions happiness to hear Michael’s music and to see him on the huge screens. The tears and sadness that we all felt knowing that we have lost such a special man. The tribute to Michael was exquisite as it was done with pride, honour & respect for Michael Jackson.

On the Saturday my friend & I made our way to Federation Square to embark on the shuttle bus to view some Melbourne sightseeing. Oh and to my surprise we ran into two other MJ fans outside the information centre at Federation Square. It was such a pleasure to see them. Some I had already met and others I met for the first time.

A few of these ladies had already been to the MJ art wall.

At 1pm a few of the ladies attended an event at the ACMI Centre at Federation Square, ‘In Conversation With John Landis.’ Curious to see what information John gave forth in relation to working with Michael on ‘Thriller.’ They came away with mixed feelings in regards to what was discussed. The upside of attending this was they could use their tickets to return on Monday 14th in the afternoon. The fans were able to sit down and view Michael Jackson’s ‘Thriller’ on the big screen.

On the Sunday, October 13th a group of us met at the Crown Casino & found a lovely restaurant to enjoy an MJ Luncheon. Some meeting for the first time, others already friends. We had all been chatting on Facebook ever since we had lost MJ. It was truly amazing that the love of Michael Jackson around the world could unite fans from across 4 states of Australia. These friendships have bonded and will remain, as does our love for Michael.

Of course a couple of us headed off to see the last night of ‘Immortal,’ in Melbourne, it felt like a second home to me. My wish was for it to never end.

Thank you to everyone from ‘Immortal’ and thank you to all the MJ fans that made this possible.

So the Legend lives on!