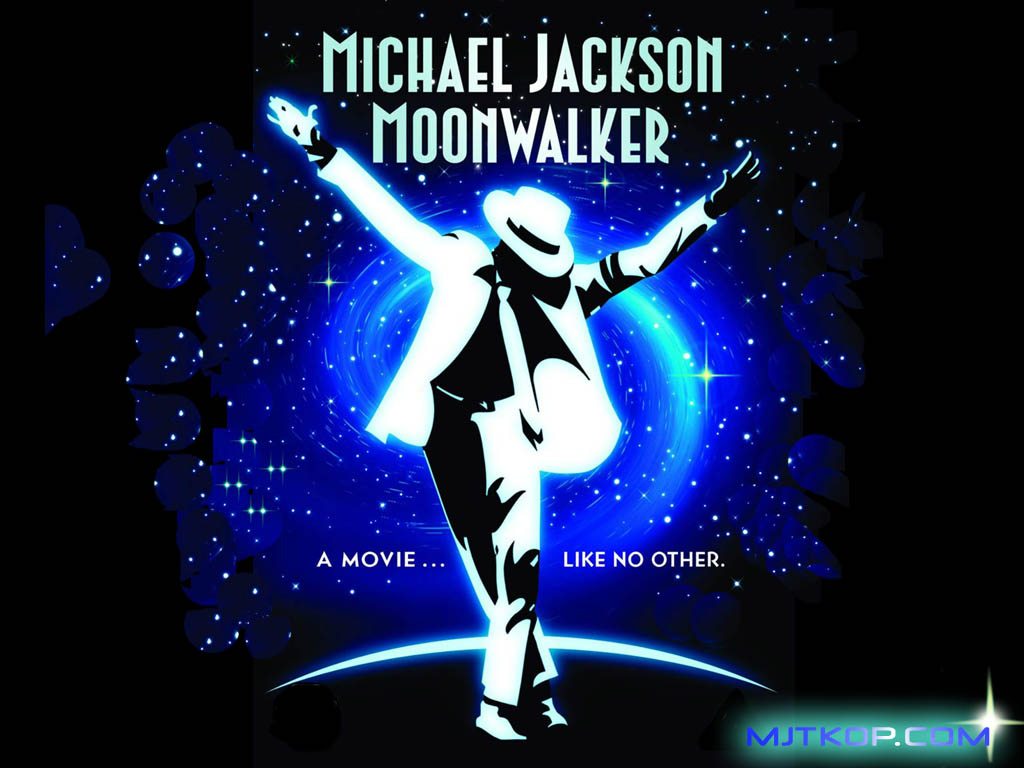 Michael’s fantasy was one he shared with thousands of others in Hollywood. It was his aspiration, and one that remained unachieved until the day he died: June 25th, 2009. Self-penned notes, found after his death, reveal he felt that by becoming a film star and director, he’d secure immortalisation. Climbing to the pinnacle of the music industry in the 1980s, as well as redefining – and revolutionising – the music video as an art form hadn’t fulfilled his appetite. He was desperate to innovate in his favourite medium: film.

Not surprisingly, being in the music industry since the 1960s meant Michael had an unquenchable thirst for new challenges. Prior to 1988, though, film success had eluded the then-30-year-old star – his only real experience at that time was his dexterous performance as Scarecrow in ‘The Wiz,’ Motown’s commercially unsuccessful 1978 remake of ‘The Wizard Of Oz.’ (Unless you’re to count ‘Captain EO,’ made for Disney’s theme parks in 1986.)

Michael’s star power was so colossal in the 1980s that showbiz compatriots clamoured to collaborate with him. He had already ‘gone to school’ for his directorial education, working alongside two of the most successful directors of the 1980s: John Landis on ‘Thriller’ and Martin Scorsese on ‘Bad’. According to accounts of the directors and producers who’d worked with him, Michael had shown great promise as an actor and director.

And so, eager to achieve his breakthrough in film, a workaholic Michael began shooting Moonwalker – before his multi-platinum ‘Bad’ album was even completed, his aim to coincide the releases. Writing and financing the 93-minute film himself – reportedly to the sum of $20 million – permitted him to monopolise the project from concept and, significantly, secure its production.

Worldwide touring commitments meant ‘Moonwalker’ – named after Michael’s backwards-slide dance and alluding to the stratospheric fame he’d accomplished – was released in UK cinemas in 1988. Domestically it became a box-office success, yet was only released to the US market on home video. Even so, ‘Moonwalker’ became a phenomenon on VHS, generating millions of dollars in sales.

Aside from the obvious – and seemingly pointless – opening autobiographical segments featuring solo and Jackson 5 performances, the film is essentially a series of short music videos woven together. Rightly criticised for its narrative deficiencies, ‘Moonwalker’ nevertheless succeeds as a superb visual interpretation to the fantasy themes found within the ‘Bad’ album. A glorified long-play music video, ‘Moonwalker’ reaffirms Michael’s status as a master of the form.

The film visually contextualises the subject matters found in ‘Bad’ through a tapestry of music videos. ‘Speed Demon’ features the artist transformed, in then-cutting-edge claymation style, into a leather-clad motorcyclist rabbit who frantically attempts to escape a bunch of crazed fans. It’s pure ‘80s filmmaking that brings humour to the tragic reality of Michael’s day-to-day reclusive lifestyle and his desire to discover a sense of normality away from a destructive media spotlight, whose magnitude would forever change the public’s perception of him.

‘Leave Me Alone’ is the most obviously autobiographical moment of ‘Moonwalker,’ a refreshingly frank message addressing Michael’s growing anti-media feelings. Its revolutionary video, directed by Jim Blashfield, took nine months to make. Parading as a paradoxical glimpse into Michael’s psyche, it symbolises his life as voyeuristic entertainment. With Michael portrayed as Gulliver trapped amongst rollercoasters, the film ends by showing him breaking free of the theme park, metaphorically escaping the shackles stifling his life.

‘Leave Me Alone’ broke new boundaries, winning a Grammy in 1990. Director Blashfield recalls: “Conceptually, what we started out with, working with Jerry Kramer, Michael’s producer for the video, was an idea that the video would be about Michael’s ‘idiosyncrasies’. Michael was at a stage in his career where he was starting to be the subject of some negative press, because of his propensity for plastic surgery and other enthusiasms, as well as rumours that he made up about himself for publicity purposes. Jerry and Michael thought it would be good to do a video that recognised and had fun with these things.”

Injecting humour into his soon-to-be life-long battle against tabloid rumours, Michael can be seen dancing with a ball and chain alongside animations of the Elephant Man’s bones, cruising on a rocket through a shrine to Elizabeth Taylor, and sleeping in the infamous hyperbaric oxygen chamber. Brilliantly, Blashfield helped Michael offer the audience a unique glimpse into the mind of the world’s most-scrutinised star.

Musically, Michael had begun to juxtapose fantasy themes alongside social and political commentary, as well as his ever-present personal paranoia prevalent in much of his solo work. Michael’s self-penned story to the extraordinary ‘Smooth Criminal’ video – which was the catalyst to the whole ‘Moonwalker’ project – tells the tale of three homeless children, one played by Sean Lennon, who discover a drug lord named Frankie ‘Mr. Big’ LiDeo (an anagram of Michael’s then manager, Frank DiLeo). To Michael’s horror, Mr. Big, played by Joe Pesci, has an evil plan to hook the world’s children on drugs. Michael and the kids are caught earwigging, and so Michael becomes the prey as Big hunts him.

After tracking him using soldiers and dogs, Big finally traps Michael. In ‘Thriller’, Michael famously evolved into a werecat  (not a werewolf, obviously; he was a zombie for a while, too) – but here, he magically transforms into a futuristic-looking car (actually the 1970 Lancia Stratos Zero), a robot, and finally a spaceship in order to escape his enemy, demonstrating a proclivity for chameleonic themes that would continue in future projects.

Arriving at a 1930s nightclub, Jackson metamorphoses back to human form, before the scene cuts to the opening of what is his most memorable short film of the ‘Bad’ era: ‘Smooth Criminal’, directed by Colin Chilvers. As the sounds of Michael’s own heartbeat pulsate, he flicks a coin into the jukebox – the cue for his most-recognised bassline since ‘Billie Jean’ to kick in.

“Michael called me up and asked me if I would come over to his music studio,” says choreographer Vincent Paterson, who worked with Michael for 17 years. “He played ‘Smooth Criminal’ for me. It had no lyrics – he didn’t know what the lyrics were going to be. It was not in its final stage at all, but there was a groove and it was really cool. He played it and told me he wanted me to take it and let the music talk to me, and let me know what it wants to be. He asked me to put the short film together and choreograph it.”

Originally, Michael had the idea for about 10 dancers, all wearing top hats and tuxedos. “I knew he had a penchant for movies of the ‘30s and ‘40s, and he loved that film noir stuff,” Vincent continues. “I had suggested that rather than it be 10 guys in tuxedos, it can be in an underground club in the ‘30s – and he loved the idea.”

Donning the trademark white suit, fedora and spats, Michael effortlessly executes a wide array of dance steps, all choreographed by Paterson (except Michael’s solo dancing, which he choreographed himself). Michael’s dancing was so formidable that even film legends such as Gregory Peck and Robert De Niro came to the set for a glimpse at rehearsals.

“He would stand in front of a mirror for hours, and just do one section for hours, until it was so specific and so refined and so in his body that when he did it, it felt organic and almost improvisatory,” reveals Paterson.

‘Moonwalker’ is light-years away from being Michael’s greatest legacy, but it went some way to satisfying his craving for stardom in the movie market. “We all had an incredible time, and I know, for him, in terms of the experience, it certainly had to be one of the most amazing and fulfilling experiences that he ever had, and in a whole different way as an artist,” recalls Paterson.

Scandals about Michael’s private life, rather than his acting and directing ability, ultimately diminished his dream of ‘making it’ as an actor. Instead, it’s his unparalleled pop music that has immortalised him. But with his eldest son, Prince, now taking tentative steps into the film industry, it is perhaps the heir to the Jackson Estate who will realise the one artistic goal that his father never quite achieved.

This article is taken from Clash’s special Pop Issue, at all good newsagents now.