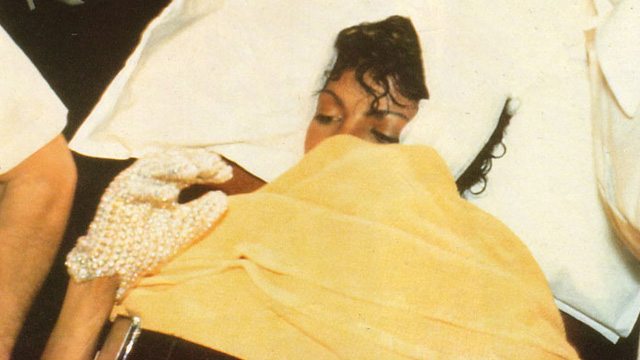 We have been contacted by Tim Miller, who is a representative of the person who now holds Michael’s medical records for the incident that happened, during the filming of the Pepsi commercial, back in 1984.

Tim is owner, President & CEO of Flatsigned Companies LLC. This is a company that has offered collectibles and autographs to individuals since 1998. In addition to this, Tim is also member of the following institutions:

Tim contacted us because he is upset with the misinformation being stated as fact by the media, relating to these medical records, with most of the journalists embellishing the facts. Therefore, he wanted us, as an MJ Fan Club, to put the facts as he knows them out, so you as Michael’s fans, had better knowledge of the situation. Here is what Tim had to say:

2) After ten years, a patient’s medical records may be destroyed, but this is up to the owner.

3) These medical records including photographs, were found in 2005, near a trash can in a public park, near to the hospital and were disposed of incorrectly.

4) The hospital made no claim or notice to the “finder” that the records were stolen or in any way or wrongfully handled. Therefore, Tim says the old English “Common Law” such as if anyone finds items of value on public land, it comes under the “finders keepers” law, meaning they become the property of the person who found them.

5) The most incorrect statement by the media out there is that there is blood and gore included in the photographs. Tim feels the media is just trying to sensationalise the story and says this is “absolutely false.” The records and photographs are from two different occasions – The first being Michael’s accident during the filming of the Pepsi commercial at the Shrine Auditorium and the second being the plastic surgery Michael had on his scalp to try and hide the burn. Tim adds that you cannot even tell it is Michael in these photographs.

6) There isn’t any blood seen on the first set of pictures. These were taken in February 1984 after the accident. Michael then voluntarily went back to the same hospital in December for plastic surgery. It’s from these pictures that blood can be seen, not in the ones taken from the original injury.

7) The person who found these records was a realtor. They were out picking up aluminium cans, which they did each day in order to collect their value. Tim says that this was a way for them to have money for the day to day costs of raising his children, after the record-breaking real estate collapse and they weren’t selling any real estate due to the unforeseen economic downfall. They were literally “picking up pennies” to feed their kids and then found what they believed to be a gift from God!

8) The “finder” was not connected to any hospital at the time they found the records, but now they do work as an EMT, so the media have taken this and again reported incorrectly.

9) Lady Gaga has not said she is interested in purchasing these records. The media have just assumed she would be interested as she has purchased other Michael related items in the past.

This is obviously a controversial issue and if we, as fans, had found these records, then most of us would have returned them immediately to Michael’s people, but although the “finder” and Tim say they are fans and that they have always supported Michael they also state that because the records weren’t claimed and no claim was ever reported to the authorities by anyone, they now belong to the “finder” and therefore are theirs to do with, as they wish.

If you check these medical records yourself, you will see that they also include a letter, which was personally signed by Michael, asking that his medical records be given to one of his associates. It does look like these records were not returned at the time for whatever reason, as Michael requested, particularly as they were found close to the hospital. However, having said this, and this is purely speculation and nothing factual, according to Reuters, in February 2004, many items were seized by Santa Barbara District Attorney, Tom Sneddon, from a warehouse that contained items belonging to Michael. Were these documents returned and subsequently part of Sneddon’s haul? Perhaps not, and perhaps the hospital didn’t return the records as requested, but I guess we’ll never know. The date for finding them though, is way too early for them to be included in the Henry Vaccaro warehouse memorabilia.

On the mbc.ca.gov website I checked to see if what Tim was saying with regard to who owns a patient’s medical record under California law, was correct and it states the following;

Who owns medical records? Do the records belong to me?
No, they do not belong to the patient. Medical records are the property of the medical provider (or facility) that prepares them. This includes films and tracings from diagnostic imaging procedures such as x-ray, CT, PET, MRI, ultrasound, etc. The patient has a right to view the originals, and to obtain copies under Health and Safety Code sections 123100 – 123149.5.

The link to this information can be found here.

With regard to how long the records can be kept, the same website states the following;

How long does a physician need to retain medical records?
There is no general law requiring a physician to maintain medical records for a specific period of time. However, there are situations or government health plans that require a provider/physician to maintain their records for a certain period of time. Several laws specify a three-year retention period: Welfare and Institutions Code section 14124.1 (which relates to Medi-Cal patients), Health and Safety Code section 1797.98(e) (for services reimbursed by Emergency Medical Services Fund), and Health and Safety Code section 11191 (when a physician prescribes, dispenses or administers a Schedule II controlled substance). The Knox-Keene Act requires that HMO medical records be maintained a minimum of two years to ensure that compliance with the act can be validated by the Department of Corporations. In Workers’ Compensation Cases, qualified medical evaluators must maintain medical-legal reports for five years. Health and Safety Code section 123145 indicates that providers who are licensed under section 1205 as a medical clinic shall preserve the records for seven years. However, there is no general statute which relates to all other types of medical records.

On checking the information on the Californian “finders keepers” law, we found that the law states that all attempts must be made to try and return the item to its rightful owner. The information was obtained from here.

Tim told us that the “finder” did one interview only, a long time ago with one reporter at the Smoking Gun, in order to let public/hospital/authorities know they had the records; “when they could have simply remained anonymous, sold to The Enquirer, etc… and they didn’t do that,” Tim said. The “finder” now regrets taking this action but Tim states; “it’s too late to do anything about it.” All other media stories on this subject have been generated from ‘The Smoking Gun.’ Tim also added that the hospital had obviously had the records for ten years by this time and the “finder” also didn’t know how to make contact with Michael’s people.

I personally believe what Tim is saying. He is just trying to do his job, getting the best price for his client and he told me his goal is to make everyone happy. If he hadn’t had taken this on then someone else would have. He says; “I hope all see it’s best to have a fan in this position, to have the possibility of getting these to MJ’s children. I believe that’s the best place and where they should go. But they are not mine to decide and I do understand the “finder” wanting literally to help raise and educate his children. They’re a hard working person who’ve never had it easy. Plus, they still haven’t made a penny and has received hardship from some.”

Why have we reported on this?

Tim seems genuinely concerned that we, as fans, weren’t getting the truth and he wanted the truth out there, which I hope we’ve done.

Finding a way to contact Michael’s people is easy, but I guess to the general public it could become a daunting task. If I’d have been the “finder” and not a fan then maybe I would have returned them to the hospital that is shown on the address or taken them to Klein’s office as he’s mentioned in these documents.

Why hang on to them then?

Perhaps they felt it was their ticket to meet Michael, but again this isn’t a fact. We can all speculate and say what we would do, but then the general public aren’t like us, we unfortunately have had to spend most of our lives protecting Michael and everything he stood for.

We might not like that these records haven’t been given to the Estate, I certainly don’t, but I feel sure they have the matter in hand and if something can be done to obtain these documents legally, then the Estate will have it in hand.