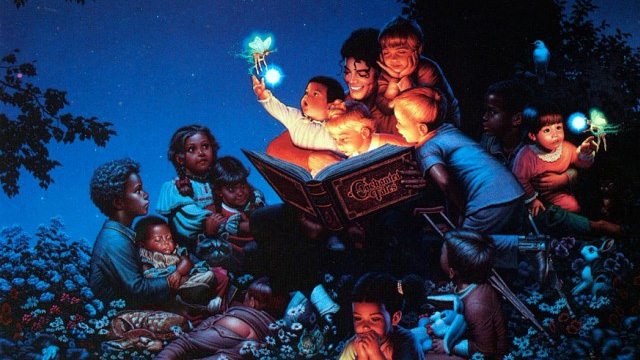 David Nordahl is a noted and well respected artist, who painted his friend Michael Jackson’s portrait many times; many of his works were displayed at Neverland.

He was recently interviewed about his friendship with Michael. Both men were geniuses in their own right, and David has spoken in such glowing terms of his friend Michael, it is heart-warming to read his ideas on all Michael’s achievements, his problems, his music and the magic he allowed only a few people in his inner circle to see.

Here you can read part of an interview, by the examiner.com with David Nordahl, which is enlightening and thought-provoking.

David spent a great deal of time with Michael, went on vacation with him and his family, and shared many conversations with him. Many people do not know, until recently, that he was also involved in developing the park and rides at Neverland and several other projects.

On Debbie Kunesh’s ‘Reflections On The dance’ website there is so much more to read about Michael. There are links to candid interviews and writings, which are some of the most revealing ever written, and touch on topics such as the Music, the Accusations, the Love and the Magic. You will find quotes by David Nordahl, which reveal the special friendship David had with Michael for many years and articles such as, ‘Friendship and A Paintbrush,’ by Deborah L. Kunesh.

To read many candid interviews, please visit the ‘Reflection On The Dance’ website here.

Take time to navigate through the many links within the site to listen to what David had to say about his friend Michael, to see many incredible, insightful photographs – Deborah Kunesh’s beautiful site is worth a visit.

David Nordahl is a man who had respect for and loved Michael in life and remembers him now through his celebration of love, spirit, truth & faith, and on her website – Debbie is celebrating Michael’s life, his legacy, and his humanity!