Learn From The Best 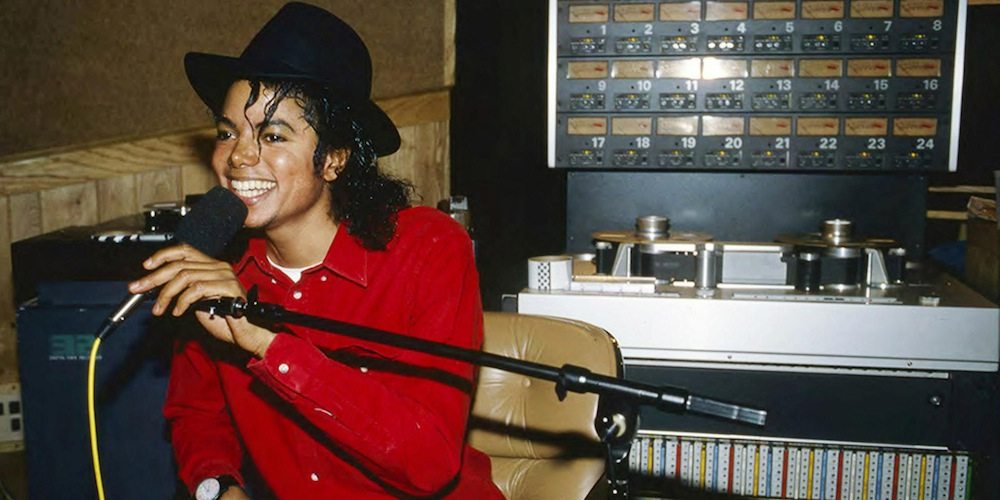 The following article written by Joseph MiLord is an thought-provoking look at the roots to Michael’s success. Joseph, a Journalism & Media Studies major at Rutgers University, began his writing days as a blogger in his sophomore year, before a twist of fate saw him cross paths with Elite Daily. He hasn’t looked back since, only forward towards fulfilling his obsession with words through many more articles for the voice of generation.

We hope you find this article enlightening!

“The life and times of Michael Jackson will be remembered for many things. There was ‘ABC,’ there was his great number of fans, there were his numerous comebacks, the Neverland ranch, ‘Black Or White,’ ‘Beat It’ and ‘Thriller.’ Who could possibly forget ‘Thriller’!? The answer is not many, but lots of people might forget about just how hard of a worker Michael was. In fact, a lot of people may not even know anything about his work ethic.

A few people may think of “MJ” as a once in a generation talent, which would actually undermine just how much work the great one had to put into his craft because whenever a close colleague has gotten a chance to praise the hours he put into practice, like many did in this short video, they have and have done so vehemently.

All the words of praise came in different words, but they all sent the same message. Michael Jackson wasn’t just blessed with a skill, but he also matched it with great amounts of effort and dedication to turn that skill into immense success. And, because of that, you would do well to note the lessons that can be taken away from that dedication. So, here are the five lessons of success that anyone can take from the career of Michael Jackson.

It may be hard to consider in this era of the quick Instagram post, the even quicker Twitpic, and even the Vine, but when people brag about the bright points in their lives — the highs and the great successes — we must remember, there’s actual work that had to be put in for them to get to where they are. It’s tempting to get jealous and covet what “they” have when we should be coveting the energy and sense of direction needed to get us to a point of success.

“A lot of people they’re used to just seeing the outcome, they never see the side of the work you put through to produce the outcome.”

Michael knows all too well what it’s like to be lauded for the finished product, only for people to disregard the processes of trial and error that said product had to go through. Many people acknowledge ‘Thriller’ for being the ground-breaking music video of the 80s, but do they know about the eight weeks during which Michael had to work like a slave to produce the piece of genius. They probably don’t know, as Quincy Jones mentions, that Michael would stay up days at a time, until he was ready to drop, searching for perfection.

What’s the point, then? We may not see it, but behind every Kodak moment capturing one success, there is always likely to be hours and hours (and hours) of hard work that led to it. Instead of being jealous of others’ accomplishments, we probably should be jealous of their desire to get there, and try to mimic it as well.

2)  From time to time, you’ll have to check your constituents

Your friends and co-workers are around you for a reason. You chose for them to be. At some point in time, you chose to enter a certain circle or you chose to go for a certain job that has landed you in the environment that you’re in. One way or another, you had a part in getting yourself where you are now.

Just because you had a hand in placing yourself in and around these associates doesn’t mean they think the same way as you and, if you intend to work with them as a team, it might just be important you check their priorities and ways of thinking once in a while.

That’s exactly what Michael (who boasted about how phenomenal ‘Thriller’ would be) did when Quincy Jones (who thought it would be just “good”) said otherwise. It was then time for MJ to keep his constituents in check and a close friend recalls just how he did it too.

“[He said] ‘If Quincy doesn’t believe in this record the way I do, then let’s cancel the whole thing. Fine, we’re just not gonna put it out. ‘Thriller’ is cancelled.’ But Michael said to me he wasn’t really gonna cancel the release of the record, he was motivating people. The only way he thought he could achieve that was to pull the project from them, get them all upset and worried, and then give it back to them. And make them prove to him that they all had the same vision he had.”

In order for you to reach success, you’re most likely going to have to do it with the help of others around you. How much more difficult, then, would that task be if they don’t believe in what you believe? With the recognition that, at the end of the day, your sense of accomplishment is at risk, you might find it necessary, like Michael did, to check your constituents.

Chances are, if you’re reading this, you’re either young or have a heart that’ll remain forever young. And if you are, perhaps this is the most valuable of lessons that can be taken away from the life and career of Michael Jackson, the idea that we should cherish are youthful age and the energy and room for error that come with it and think of new ideas.

Long-time friend and record producer Rodney “Darkchild” Jenkins recalls a time that Michael tried to push this concept into his head:

Everyone doesn’t have to come up with a product, idea or service that is revolutionary by tomorrow, but with each day that passes by, our ability to do so is likely to dwindle. So, there’s no better way to put a cap on this lesson than the way Michael said it. The time is now for us to push ourselves.

4)  Of all things to get discouraged by, don’t let it be someone’s words

There are lots of good reasons to stop what you’re doing and throw plan A in the garbage in favor of plan B. Maybe plan A just doesn’t work, maybe it’s a terrible idea, maybe you didn’t go about it the right way from the start and need to begin anew. All of these (very general) reasons, and more, could serve as legitimate cause for you reconsider your actions.

Being on the receiving end of ridicule, however, is not. Let’s not forgot, as Michael points out, even the greatest of greats were teased.

And so on and so forth. What’s the moral of the story? If people find an opportunity to laugh at what you’re doing, they will take it, if not for anything than to make themselves feel better. But there is no reason why jokes, ridicule, criticism and negative words alone should persuade you to quit, especially if they’re coming from people who haven’t accomplished anything themselves.

As the famous lyric goes, you just can’t rest on your laurels. It may sound like an oxymoron, but if your goal is to “make it,” you’ve failed the moment you think you’ve actually “made it.” Kenny Rodgers, who first sang that famous lyric, knew it and so did Michael, who offered this reply in an interview with Fox News’ Geraldo Rivera when asked if the making of ‘Thriller’ still excited him.

“I try not to think about it too hard, I don’t want my subconscious mind to think that I’ve done it all, you’re done now, no. That’s why I don’t put awards or trophies in my house. You won’t find a gold record anywhere in my house, because it makes you feel like you’ve accomplished, “look what I’ve done.” But I always wanna feel, not I haven’t done it yet.”

It’s tempting, at this moment, to list MJ’s accomplishments and all that he has done to further solidify this point, but it might be easier to just ask this question: What hasn’t Michael Jackson won? Take your you time, answer it, then consider this.