“The World Will Love It!” 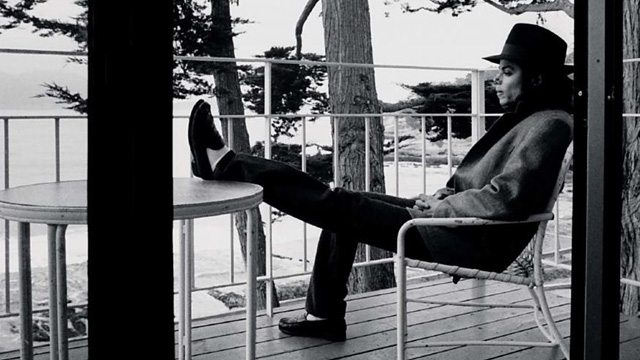 Damien Shields speaks of work in progress on an album of Michael’s unreleased material by producers and musicians such as Timbaland, Fred Jerkins and Dr Freeze. Could this be what we’ve all been waiting for since the release of ‘Michael?’

“It’s no secret that Epic Records, spearheaded by its CEO, LA Reid, is putting together a new album of unreleased Michael Jackson material. Timbaland spoke about it. Fred Jerkins spoke about it. It’s happening.

One thing that has not been made clear is exactly when the album is scheduled for release. Despite a host of producers, musicians and DJs speaking publicly about their contributions, Epic Records and The Michael Jackson Estate have remained quiet about the whole thing, leaving Michael (Jackson) enthusiasts to wonder about the finer details – until now!

Dr. Freeze, the man responsible for writing and producing ‘Break Of Dawn,’ a song from Michael’s ‘Invincible’ album, was kind enough to give me some fascinating insight into the direction of the upcoming work-in-progress project.

“It seems to be coming out in the Spring of 2014,” Freeze told me exclusively. Many fans had speculated that the new album, like 2010’s controversial ‘Michael’ album, would be rushed out to capitalise on holiday season sales during the 2013 Christmas period. However, timing doesn’t appear to be the focus with this project. Instead, the focus is on delivering a quality product that all sectors of the Michael Jackson fan community can enjoy and appreciate in one way or another. The label recognises that delivering a product which will satisfy the appetite and taste buds of Michael’s entire fan base is likely an impossible task. So, in an effort to at least partially please most of the fans, they’re taking a much different approach; an approach most fans would have liked to have seen taken back in 2010 with the ‘Michael’ album.

The new album, at this stage, will go with a “then and now” / “past and present” type theme, featuring both new remixes and original versions of unreleased Michael Jackson recordings.

“I’m not on the album; just my songs,” explained Freeze, whose unreleased tracks ‘A Place With No Name’ and ‘Blue Gangsta,’ originally recorded by the King of Pop in 1998, will be freshly remixed by new producers for the album. “Both old and new versions of both songs are on the album to satisfy both sides of the fans,” Freeze revealed.   “Which producers are remixing your songs for the album?” I asked. “Not sure yet. It’s still up in the air right now,” he responded.

Super-producer Timbaland, most famous for his work with Missy Elliot and Justin Timberlake, believes he’ll wrap up his part of production by the end of the year; and he’s already predicted (prematurely, perhaps) that the lead single will be a song he remixed, called ‘Chicago.’

“I can tell you the first single is gonna be the song ‘Chicago’ … I think it should be, because ‘Chicago’ sounds like today,” said the producer.

“So last night I heard some of the new tracks Timbaland is doing for the King of Pop… WOW!” tweeted DJ Freestyle Steve, Timbaland’s official DJ, after a private listening session. “To all the Timbaland & Michael Jackson fans; just know Tim did an amazing job with Mike’s vocals. The world will love it,” he added.

With songs like ‘Slave To The Rhythm’ and ‘Do You Know Where Your Children Are’ being remixed and considered to feature alongside the previously mentioned Freeze tracks ‘A Place With No Name’ and ‘Blue Gangsta’ fans should be in for a treat.

But like Dr. Freeze said; “It’s still up in the air right now.”

Songs you can count on not being included; the infamous ‘Cascio tracks’ – three of which have already been released and nine of which remain unreleased. The Estate have communicated to fans that no more Cascio tracks will be included on any future Michael Jackson releases following the uproar they caused in 2010 when questions over the authenticity and origins of their dubious vocals were raised by Michael’s family and fans around the world.

Although ‘Slave To The Rhythm’ is one of the tracks being considered for release, it’s unlikely to appear in the form of a duet with Justin Bieber. An incomplete mix of the posthumous duet, produced by Max Methods as requested by Tricky Stewart (who is currently the president of A&R at Epic Records – under LA Reid) was leaked online in August to the displeasure of many MJ fans. To clear things up The Michael Jackson Estate, via their mouthpiece ‘The MJ Online Team’, issued the following statement:

“For those who have been asking about the recently posted recording of ‘Slave 2 The Rhythm’ by Michael and Justin Bieber, this recording was not authorized and has been taken down,” later adding, “It is unauthorized and therefore there is no intention to release it.”

There are still major doubts as to whether Michael’s fans will ever hear the unreleased music that originates from some of his later collaborative ventures, including a three-year period in which he worked sporadically with Black Eyed Peas frontman will.i.am. Michael is said to have recorded just a few songs during his time in the studio with will.i.am, including titles ‘I’m Dreamin,’ ‘The Future’ and ‘I Will Miss You’ as previously cited by the producer. However, will.i.am has been very vocal about putting out and/or finishing Michael’s incomplete work. He deems it disrespectful, calling The Estate “parasites” and accusing them of not honoring the King of Pop back when the first posthumous album was being put together.

As a fan, I would personally love Epic Records to release the original, untouched demo of ‘Hollywood Tonight’ – perhaps as a bonus track or iTunes exclusive on the upcoming album. Although a remix of the track features on the 2010 ‘MICHAEL’ album, I feel that the demo version – written and produced by Michael and Brad Buxer – is so good that fans need to hear it.

Based on the above-mentioned titles alone there is enough material available for Epic Records to release an extremely strong album featuring several hit singles. Just for fun, I’ve listed my fantasy track list below. The album would be two discs, each with the same songs. Disc one would have the new versions and disc two would consist of the original versions. ‘Hollywood Tonight’ (Original) is a ‘Bonus track’ and would feature on disc two. The “Then, Now” portion of the title is a literal interpretation of the album’s content. ‘Forever’ represents how Michael wanted to be remembered. As one of music’s few immortals.

3. Do You Know Where Your Children Are (New version / Original)

5. A Place With No Name (New version / Original)

8. Can’t Get Your Weight Off Of Me (New version / Original)

“I always want to do music that inspires or influences another generation. You want what you create to live, be it sculpture or painting or music. Like Michelangelo, he said, ‘I know the creator will go, but his work survives. That is why to escape death, I attempt to bind my soul to my work.’ And that’s how I feel. I give my all to my work. I want it to just live.” – Michael Jackson