Lawsuit Relied On Wording Of One Question 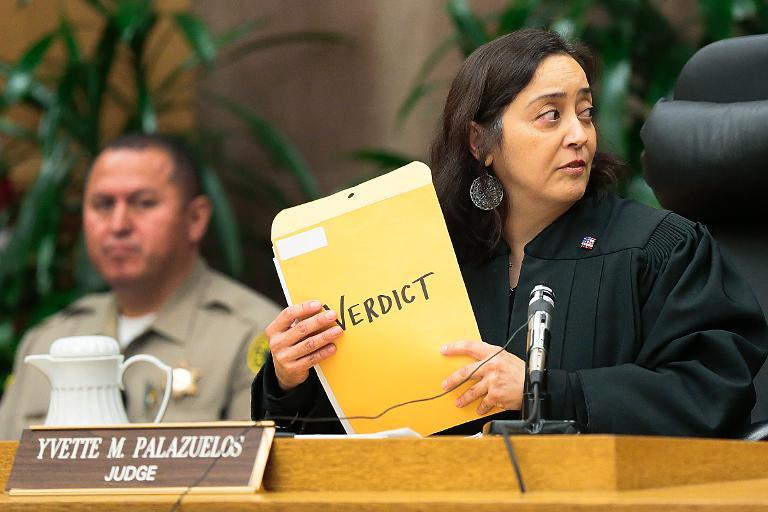 Was the physician convicted in 2011 of involuntary manslaughter in the singer’s death, Conrad Murray, “unfit or incompetent to perform the work for which he was hired?”

That question was the second in a series of 16 posed to the jury as the case was turned over to the 12-member panel for deliberations last week.

According to jury foreman Gregg Barden, the wording of question No. 2 was a curve ball that gave the jury’s six women and six men pause before they returned the verdict absolving concert promoter AEG Live of negligently hiring Murray, the physician who administered a fatal dose of the surgical anesthetic propofol to Michael.

“We started looking at the wording of it and realized everybody was not comfortable with that,” Barden explained to reporters outside of a Los Angeles courthouse following Wednesday’s verdict.

“We spent the morning clarifying the question in our minds and to each other, and again votes changed,” Barden added. “I’d say at least three or four times (votes changed) before we were able to come to the final tally.”

In the civil trial, only nine of 12 jurors needed to agree to each question on the verdict form for the answer to be decided.

For question No. 1 – did AEG hire Murray? – the jury was unanimous in voting “yes.” But the panel answered “no” by a vote of 10-2 on question No. 2, which asked whether Murray was “unfit or incompetent” for the work he was hired to do.

The remaining 14 questions on the form were, as a result, rendered moot, and AEG Live was cleared of all liability in the case.

Barden said the jury’s reasoning came down to the difference between ethics and competence for the job that Murray, who is serving a four-year sentence in a California prison, was paid by AEG to manage Michael’s overall health.

“We felt he was competent to do the job of general practitioner,” Barden said. “Now that doesn’t mean that we thought he was ethical, and maybe had the word ethical been in the question it could have been a different outcome.”

Michael’s 83-year-old mother, Katherine, and his three children sued AEG Live three years ago over the singer’s 2009 death at age 50 in Los Angeles.

Laurie Levenson, a professor at Loyola Law School in Los Angeles who specializes in ethics, said the time lag between AEG Live’s hiring of Murray and Michael’s death was likely a key factor in interpreting question No. 2 on the verdict form.

“When he was hired, he could’ve been competent,” she said. “The question in his criminal trial was what behavior did he engage in when he was Michael Jackson’s doctor, and that’s a very different question.”

Kevin Smith, who was also on the jury in the wrongful death trial, echoed Levenson’s reasoning.

“If AEG had known what was going on behind closed doors, it would probably have made a world of difference, but they didn’t,” he said.

Fordham University law professor James Cohen said the distinction between Murray supplying the means for Michael’s death and Michael willfully taking the high-powered medication was a delicate one open to interpretation.

“It’s like the difference between dusk and twilight,” Cohen said. “Murray made it possible by putting the poison there, but he didn’t open Jackson’s mouth and put the water in.”

Although the jury’s decision that Murray was fit for the job when hired does not vindicate the physician, it does confer to Michael a share of the blame in his own death, Cohen and Levenson said.

“The jury is perfectly permitted to conclude that Jackson caused his own death,” Cohen said. “Jackson put himself and others in the position by making demands he could not be denied.”