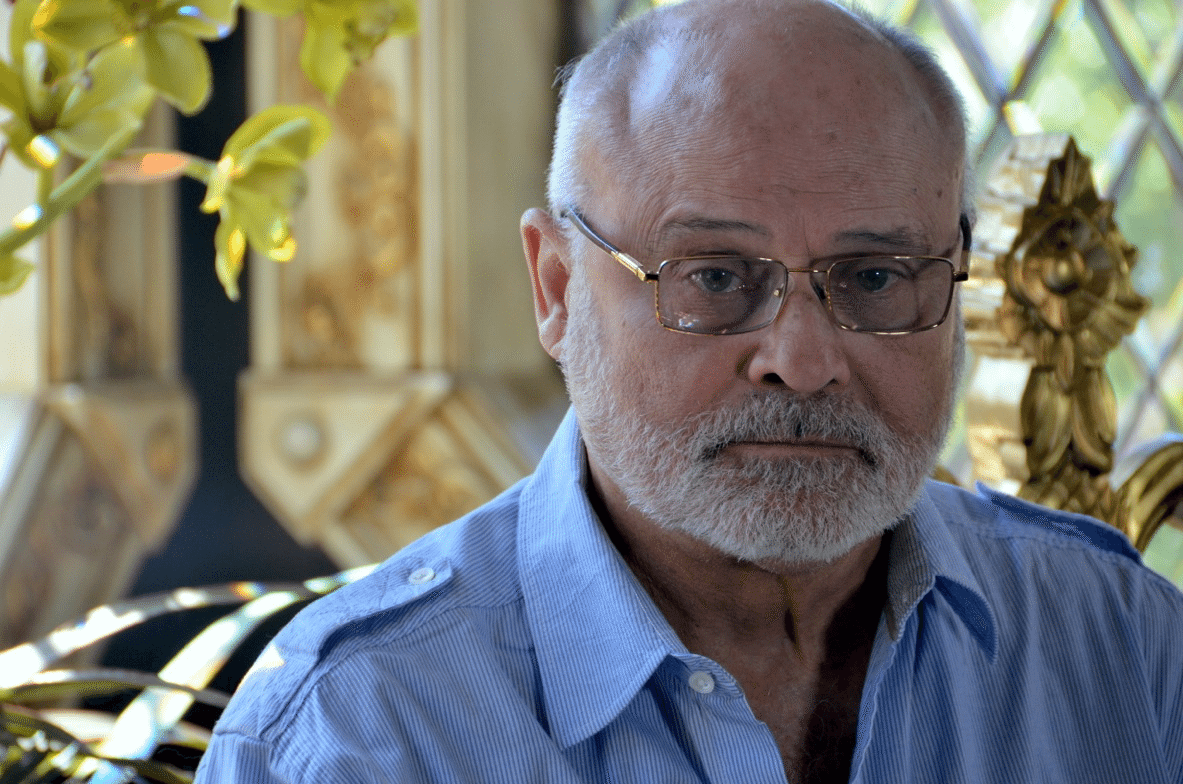 Michael Jackson, Madonna, Julio Iglesias, Prince, even Stevie Wonder and Ray Charles – these are but a few former students of legendary American vocal coach Seth Riggs. More than 120 Grammy winners have been schooled by the renowned voice coach who is now a sprightly 83 years old. His newest one hails from the southern Chinese city of Shenzhen. Her name is Huang Jiaqi (“Doudou”) and she is just 13 years old. Age is no issue – the vocal maestro knows talent when he hears it.

“I came to visit a friend here and he said we have a girl for you to work with. We want you to help her because she needs to get to the next level,” Riggs said of Huang. He and his wife Margareta Svensson, a Swedish pianist and songwriter, traveled to mainland China for the first time in early September to work with Huang.

He continued, “I was amazed by her accurate keys and soothing tones. I was so surprised to find such a talented singer on the Chinese mainland…Most people are yelling – not singing – but Doudou sings like she’s talking. She learns fast, and she sings like Barbara Streisand.”

His comment on her singing “like she’s talking” alludes to the nature of his method, known as Speech Level Singing, which purports to make “singing as natural and easy as speaking.” Riggs developed his world renowned technique as a music student after feeling frustrated by his own vocal range.

Essentially, the method involves relaxing the larynx so that it remains still – instead of moving up and down – and holding the vocal chords close together while singing across a range of tones. When these two components are mastered, singers are equipped to hit both high and low tones within their own comfortable vocal range – hence “Speech Level” Singing. It’s actually a very complex process at a nuts and bolts level, explained in more detail here.

Huang’s native China is home to a rich and ancient history of vocal styles, from folk music to opera. Folk tunes are largely crooned on a pentatonic scale (five notes per octave) and vary wildly by region, while performers dressed in elaborate costumes, with painted faces sing opera tunes with high-pitched and guttural vocals. From all of these styles, the important thing to note is that Chinese is a tonal language, whether Mandarin, Cantonese or any other regional dialect. The tones inherent in the language play into the mainland’s melodies.

Then of course, there is pop, the milieu into which Dou Dou is being initiated. Before teaming up with Riggs, Doudou was named Best New Artist at the CCTV awards in 2010. The budding starlet performed at both the 2008 Beijing Olympics and then last year at the summer games in London – her first performance overseas. Riggs and his wife Svensson arrived just in time to help her develop her vocal chords to their utmost potential as she transitions from childhood.

Huang said that Riggs has taught her “how to sing songs in the right way, get me through the transitional period and eventually have a more mature voice. In the past, I had to yell with all my strength to sing high pitches and I would be totally exhausted after finishing a song. Riggs taught me to use my stomach and avoid yelling too loudly while singing.”

“She has a wonderful ear and she stays right on pitch when she sings,” her teacher added. “She had to change from singing like a little girl to singing like all of us. She got on very quickly. We are very impressed with her.”

These speedy results are impressive. Stevie Wonder kept coming back to Riggs for 40 years, while Michael was loyal to him for more than three decades. “We lost a wonderful young man,” Riggs said of Michael.

“He was so dedicated to what he did that I don’t think there will ever be another Michael Jackson…There was only one.”

Along with the King of Pop, Riggs’ most famous pupils have come from North America. But this appears to be shifting. Before taking Huang under his wing, a number of other Chinese artists studied under his tutelage, including JJ Lin, Coco Lee, Leehom Wang and Uta. Until now, these other artists have flown to Los Angeles to learn from Riggs, who plans to discover more vocal gems in China online.

There are many music talents in China, but nobody knows about them,” Riggs said. “I want to have more students in China.”

He added, “We hope that we can form a bridge between the two nations.”