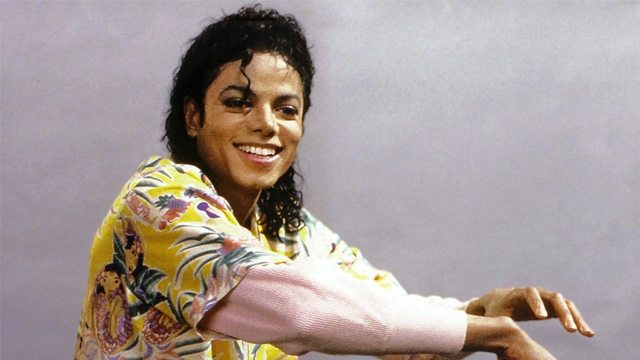 “I was working on the soundtrack to Sidney Lumet’s film ‘The Wiz,’” the producer Quincy Jones recalled. “Michael was there and he said: ‘I got a deal to record a solo album, will you help me find a producer?’ I told him: ‘Michael, I don’t know what you are talking about because I only have one song for this film. I have to work on this first.’”

While recording the soundtrack, Jones first experienced Michael’s trademark determination; the then 20-year-old memorising all the soundtrack’s lyrics and associated dance steps.

“I knew we had to work together,” Jones said. “The record label said no to us working together because they said ‘Quincy was too jazzy’. We went on to record ‘Off the Wall’ and that became the highest-selling black record of all time at that period.”

“He always sat on top of the beat and really pushed it along and gave it a lot of melody,” described the British songwriter Rod Temperton, responsible for penning classic tunes including ‘Rock with You,’ ‘Off the Wall’ and ‘Thriller.’ “Writing for him, I knew he loved songs with a strong melody with a lot of short notes in it. The other thing I noticed about Michael is that he loved a lot of vocal harmonies on the song, so that was something I included. I always tried to make the words melt into the melody.”

“Some people thought that it was an actual device and one guy from Japan wanted to buy it,” said the assistant producer Bruce Swedien about the famed Acusonic Recording Process used to record the albums. “It actually means accurate sonic recording, which is what Quincy and I do all the time.”

Swedien says he incorporated a lot of sonic techniques to give the three albums a cutting-edge feel: “Sometimes I would have Michael sing close to the mic and double [track] it and then tell him to move back further and the third time even further. What that does is create a sonic energy with the sound and then you can stagger it, making the sounds come from the left [speaker], the right and the middle. When it all combines together on the record, it just sounds magical.”

This explained the adult themes in the lyrics and the more aggressive sounds. After completing the melodies, it took a while for Temperton to come up with the appropriate lyrics to match the song’s drama. “I never write lyrics until the very end,” Temperton said. “So ‘Thriller’ was actually called ‘Starlight’ and that was just some rubbish word I put down to demonstrate to Michael how the melody went. Then during breakfast the next morning, the word shot into my head. It was like electricity and immediately I started thinking of the lyrics. That’s how ‘Thriller’ came to be.”

When it came to the last of their collaborations, ‘Bad,’ Jones pushed Michael to take the songwriting reigns. “He wrote two and half [songs] in ‘Off the Wall,’ four in ‘Thriller.’ And when it came to ‘Bad,’ I told him it’s time to go against all the publicity and walk into the eye of the fire and tell the truth about everything.

“He eventually wrote nine songs for ‘Bad.’ The album had five No 1 records.”

“There was no one like him,” Jones said. “He focused on everything he did and he would never give up. I have never seen anyone like him.”

Temperton believes Michael’s personality was largely responsible for the magic on the albums. “All the inspiration was driven by Michael,” said Temperton. “He was a very quiet man off the stage but once that tape rolls, you realise no one has that electric energy that he had.”

To view the full article and photo go here.