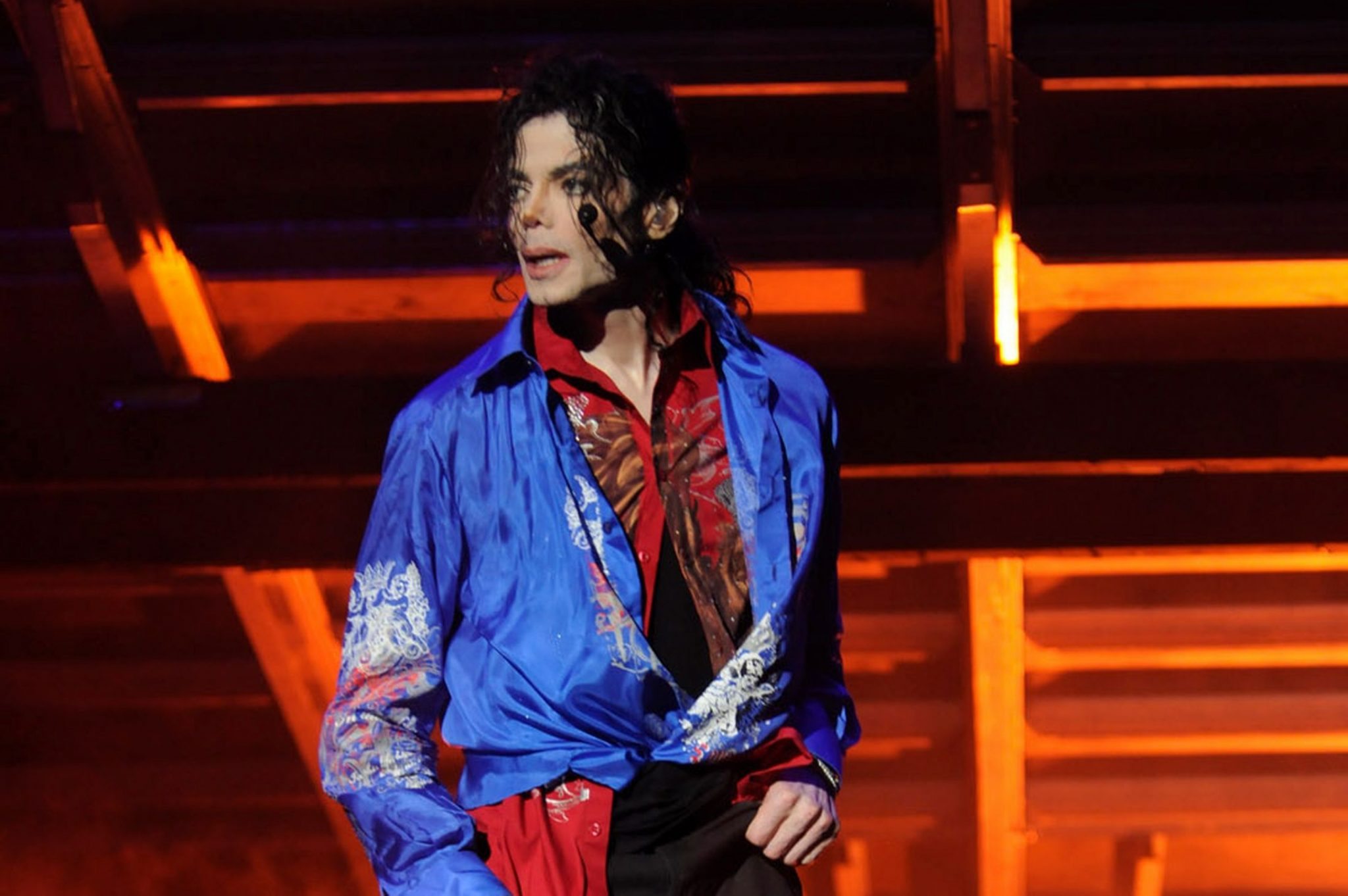 Jurors began deliberations Thursday in the Michael Jackson wrongful-death trial, potentially bringing the contentious case to a close after five months of testimony and three days of closing arguments.

The 12 jurors spent two hours in the jury room Thursday afternoon before ending their day; they will return Friday morning for more deliberations.

AEG Live’s Marvin Putnam had asked jurors to find Michael Jackson responsible for his death, not the company that promoted and produced his comeback concerts in 2009.

“Plaintiffs want you to hold a concert promoter liable for Michael Jackson’s overdose in his bedroom at night, behind locked doors on June 25, 2009,” Putnam told jurors. “An overdose of the drug administered to Mr. Jackson by his longtime doctor – Dr. Murray – who he’d been seeing for years, a doctor he brought to Los Angeles from Las Vegas.”

“How dare they come up here and accept no responsibility and blame it all on Michael,” Jackson lawyer Brian Panish said in his rebuttal.

Panish suggested that Michael’s share of blame was 20%, “but the rest goes on AEG.”

When the trial began five months ago, Putnam warned he would show “ugly stuff” and reveal Michael’s “deepest, darkest secret.”

The revelations that jurors heard from 58 witnesses over 83 days of testimony spanning 21 weeks included details of Michael’s drug use and his shopping for a doctor to give him the surgical anesthetic propofol that he thought would give him sleep.

Panish, the lead Jackson lawyer, conceded in his closing Tuesday that the singer may have some fault for his own death, but said “it’s about shared responsibility.”

Michael did use prescription painkillers and was warned that using propofol at home to sleep was risky, “but he never had a problem until Dr. Conrad Murray was working and until Conrad Murray negotiated with AEG Live,” Panish argued.

The AEG Live lawyer argued Wednesday that Michael should take the full blame. “The sad truth is Mr. Jackson’s death was caused by his choices and it would have happened no matter what — with or without AEG Live.”

The Jackson lawyer urged jurors to award the family between $1 billion and $2 billion in damages for what he called AEG Live’s share of liability in Michael’s death – to replace what Michael would have earned touring, had he lived, and for the personal suffering from the loss of a son and father.

Putnam told jurors Wednesday that was “an absurd number.”

Katherine Jackson testified that she filed the wrongful death lawsuit three years ago against AEG Live “because I want to know what really happened to my son.”

The judge is allowing a television camera in court for the closing arguments and verdict.

Panish – a former college football player who has a reputation for winning large damage awards – appeared more aggressive in his rebuttal than in his initial closing arguments delivered Tuesday.

In what may become a much-repeated video highlight, Panish joked about how his AEG Live counterpart had accused him of making up the estimate of $59 million that Michael Jackson could have been expected to have given his mother and children in support had he lived.

“Poof! Poof! I just made it up!” Panish said dramatically as he pointed to Putnam, sitting at the AEG Live defense table. The line and gesture drew a laugh from some jurors.

Panish showed jurors that the figure was actually from a opinion provided by a financial expert that AEG Live hired to analyze the issue.

Putnam, in his closing Wednesday, referenced the expert’s lower-end estimate of $21 million. The numbers could be important in guiding the jury if it decides to award damages to the Jacksons.

Murray treated Michael and his children for minor illnesses while they lived in Las Vegas for three years, before the singer returned to Los Angeles to prepare for his ‘This Is It’ comeback tour. It was Michael –  not AEG Live executives, who chose Murray to be his full-time doctor for his tour, the company’s lawyers contend.

AEG Live Co-CEO Paul Gongaware negotiated to pay Murray $150,000 a month only because of Michael’s request to have his doctor with him as he performed 50 shows at London’s O2 Arena, they argue.

“He told them ‘We’re bringing this doctor,’ ” Putnam said. “This was a choice Mr. Jackson made. He was a grown man.”

AEG Live executives tried to talk Michael out of taking an American doctor with him on tour, suggesting he could save money by using a physician in London, Putnam said.

“But Mr. Jackson was undeterred,” he said. “Ultimately, it was his money, his doctor, his choice. He certainly wasn’t going to take ‘no’ for an answer.”

There was no need to check Murray’s background because he was a licensed, successful doctor who was known to Michael, Putnam said. “All AEG Live knew was Dr. Murray was Mr. Jackson’s longtime doctor.”

A key argument in the Jackson case is that AEG Live was negligent by not ordering a financial background check of Murray, which would have revealed he was in a dire financial situation and not successful. His desperation to keep his lucrative job led Murray to violate his Hippocratic Oath to do no harm by using the dangerous propofol infusions to put Michael to sleep each night for two months, Jackson lawyers argue.

AEG Live executives had no way of knowing Murray was treating Jackson’s insomnia with propofol in the privacy of his bedroom, their lawyers contend. Michael was a secretive addict, adept at keeping family, friends and other doctors in the dark about his medical treatments, they argue.

But two doctors testified that they told Gongaware about Michael’s abuse of painkillers and his insomnia during tours in the 1990s, when the AEG Live executive served as tour manager. Jackson lawyers argue Gongaware, who was the top producer on the new tour, should have known that Michael could suffer the same problems in 2009.

The deterioration of Michael’s health over the two months he was being treated by Murray was a red flag that there was a problem, but AEG Live executives negligently ignored the warning, Jackson lawyers argue. By June 19, he was frail, suffering chills, unable to do his trademark dances and paranoid, according to testimony.

AEG Live would avoid a negative verdict if it is able to convince at least four of the 12 jurors that it did not hire Murray. It is the first of 16 questions on the jury verdict form. If jurors answer it with a “no” — that AEG Live did not hire the doctor – they would end their deliberations and the trial.

An AEG Live lawyer e-mailed an employment contract to Murray on the morning of June 24, 2009. Murray signed it and faxed it back to the company that day. But the signature lines for AEG Live’s CEO and for Michael Jackson were never signed since Jackson died the next day.

But Panish, the lead Jackson lawyer, told jurors Tuesday that all the elements of an oral contract – “just as valid as a written contract” -were in place when Jackson died.

Murray had been treating Michael for two months and the written contract stated that his start day was May 1, 2009. A series of e-mail exchanges involving Murray and AEG Live executives and lawyers support this argument, Panish said.

If the jury concludes AEG Live has liability, it would have to decide how much the company should pay in economic and personal damages to Michael’s mother and children. They can use estimates of Michael’s “lost earnings capacity” – the amount of money he could reasonably be expected to have earned if he had lived – to guide them.

AEG Live expert Eric Briggs testified it was “speculative” that Michael would have even completed another tour because of his drug use, damaged reputation and history of failed projects. He suggested the star may never have earned another dime.

Putnam’s closing argument about damages must overcome the impression left on jurors Tuesday, when Panish played a video montage of Michael’s performances.

“That is, I think, the best evidence of if Michael Jackson could have sold tickets – not what Mr. Briggs would tell you,” Panish told jurors.

Putnam argued that the number, if the jury finds AEG Live liable, should be closer to $21 million, the amount of money AEG Live’s expert calculated Michael would have given his mother and three children over the next 16 years. He couldn’t have given them more because he had a $400 million debt that was getting deeper, he said.

“If Mr. Jackson had lived, it’s hard to see how he would ever have dug himself out of that hole,” Putnam said.

The last question on the verdict form asks jurors to assign a percentage that they believe represents Michael Jackson’s share of blame in his death. The total damages owed by AEG Live would be reduced by that percentage.

While AEG Live lawyers did not suggest a percentage, Panish suggested jurors reduce the damage award by 20% to reflect Jackson’s share of blame.