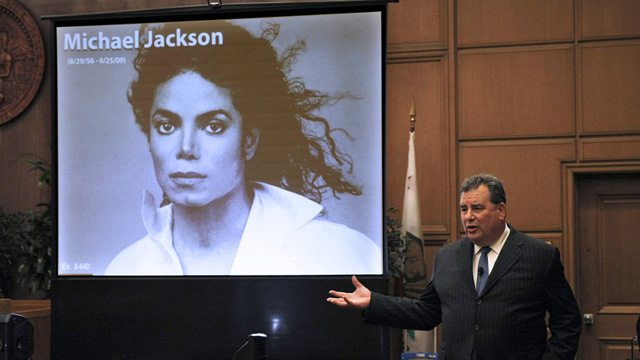 Jurors in the negligence lawsuit filed by Katherine Jackson against AEG Live, heard legal instructions Monday on the eve of final arguments in the 21-week civil trial.

Members of the jury listened attentively as Superior Court Judge Yvette Palazuelos said everyone has biases, but they must not be swayed by prejudice, sympathy or public opinion while deliberating. They also were told how to evaluate evidence and witnesses.

If the jury finds that damages should be assessed, the judge said they must not consider such issues as the grief endured by the Jackson family or the wealth of both sides in case.

AEG Live is accused of negligently hiring the doctor who was convicted of giving the pop star an overdose of the anesthetic propofol as he tried to rest during preparations for comeback shows in London.

The instructions lasted about 30 minutes — a relatively short time because there is only one central issue in the case: Who hired Dr. Conrad Murray? Was it AEG Live or the superstar singer?

If jurors find that AEG hired the doctor, they must then decide whether the promoter was negligent in hiring and supervising Murray. They also would have to address whether AEG Live knew or should have known Murray was unfit or incompetent, and if that created risk to others.

AEG claims it did not hire Murray, who was initially chosen by Jackson to provide care in advance of the London shows. The company claims the singer’s own negligence contributed to his death.

Katherine Jackson’s lawyers say AEG drafted Murray’s contract. However, the document was never signed by anyone other than Murray.

Murray was convicted of involuntary manslaughter for giving Jackson the overdose in his rented mansion to help him sleep. He is currently serving a prison sentence and did not testify in the civil trial because he said he would invoke Fifth Amendment protection against self-incrimination.

Outside court, after instructions were delivered, Katherine Jackson’s attorney, Kevin Boyle, said no matter what the outcome, she had succeeded in finding out more about events surrounding her son’s death.

She is seeking damages that could exceed $1 billion, but a specific figure has not yet been submitted to the court. That could come during closing arguments set to begin on Tuesday.

A unanimous verdict is not required. Only nine of the 12 jurors must agree.