The Showman Must Go On 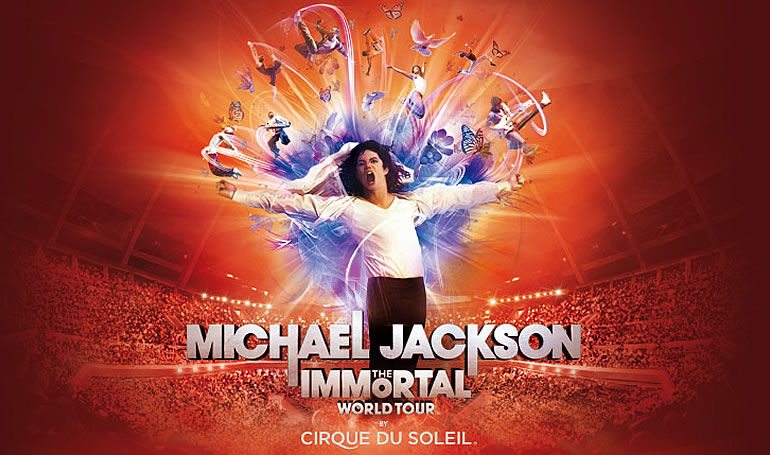 Here is sections of an article about the legacy Michael has left behind in the form of copyists, like Kenny Wizz, and also the professionals from the Cirque Du Soleil show which celebrates his Immortality.

“Death is just a flesh wound for the true kings of pop. I saw Elvis Presley rock Rod Laver Arena 12 years ago, larger than life on a massive screen with his old band kicking out front. The Beatles still bring the house down 10 times a week at the Mirage in Las Vegas, with a little help from Cirque du Soleil.

Last year I took my kids to see Michael Jackson at Her Majesty’s in Exhibition Street. Actually it was Kenny Wizz, ”World’s #1 Michael Jackson  impersonator,” but like they cared. This guy was an incredible dancer, an uncanny mimic.

He sang all the hits and restaged the classic videos. His band was great, his production and dance troupe all Vegas class.

I’d met Wizz earlier in the week. His passion for his late inspiration’s craft and his determination to uphold the vision and legacy were intense. Up close, I had an uneasy feeling his commitment might even have gone scalpel deep. In thought and deed,  Jackson was alive in him.

So it is, on a grander scale, with Cirque’s latest touring blockbuster. It’s called Michael Jackson: The Immortal because that’s what Jackson is now. He’s an idea that has outlived his physical body – and with miraculous vitality.

The show is co-owned by Jackson’s estate, so his voice, his hits and key video elements are all original and authentic. In addition, several of the main creative players worked closely with him before his death in June 2009. Their job, says producer Chantal Tremblay from Cirque HQ in Montreal, was to ”put a show together that Michael would be proud of; that would be like his own show”.

”He liked to have it big,” she says. ”Michael liked acrobatics. And he did like Cirque du Soleil so much. He was a fan. So we are trying to represent him as much as possible  … to feel hopefully, as much as possible in the work, the presence of Michael.”

Choreographer Travis Payne collaborated with Jackson for 15 years, on and off. In a slightly spooky way, he continues to do so at every performance.

”There is no other way to do it,” he says in the promotional material, ”but to channel Michael; to ask him to come into the room, ask him to guide my words and my steps and help me.”

Writer/director Jamie King danced on Jackson’s Dangerous tour of 1992-93. During the song Thriller, he got to play a masked decoy for the star during a cunning cossie change.

In conceptualising the Cirque show, he says he was guided by how it felt to be Michael Jackson for those few minutes every night.

He also describes walking into the dance studio in Neverland after his friend and mentor had passed away and finding him strangely present. ”It felt like he was there,” King says. ”I felt his life in that room.”

With fireworks, acrobats and a cast of hundreds, The Immortal is Cirque de Soleil’s tribute to the King of Pop.

A friend who worked at Sony Music had been pulling her hair out all week over absurd demands handed down like the garbled whims of some Olympian god through chains of minions.

When Jackson’s plane landed at Perth airport, for example, she was to ensure there were entertaining things happening on the streets en route to his hotel. What kind of things? You know, just … things. Michael loved things.

I don’t mean to belittle the artist, or downplay the human tragedy of his death. The real Michael Jackson was obviously deeply loved by those close to  him. Tremblay says there were no arguments with the estate over matters of  interpretation, as there had been with Yoko Ono over aspects of Cirque’s Beatles show, Love.

”What we did have was a lot of tears,” she says. ”His mum was very emotional, his brother Jackie … this is all very close [in time] to them, so that was very hard.”

Their response, she says, was to open their archives as wide as possible, the  more fully to allow his visions to live. On a couple of occasions, she says, Jackson was virtually an active participant in the creative conversation by way of private recordings and writings that uncannily affirmed the direction the show was taking.

The title, The Immortal, was under consideration before a poem of that name was unearthed in his papers, she says.

It’s not a huge conceptual leap from his last outrageously hubristic album title, Invincible, but ”you could say the name of the show almost came from him”, Tremblay says.

Seriously, then. Is Michael Jackson immortal?

”That’s a great question,” she says with a soft laugh.

”I felt something, sometimes, yes. It’s still a circle of energy of Michael, night after night. Travis brought that spirit and that soul. The others also …  So that soul and spirit of immortality? Yes. I felt that at moments, for sure.  When you do something like this and you work so hard and you are so tight like family, you have that feeling of …” Words fail her at this threshold. She sighs and whispers, ”Wow, my God.”

When all the hits and hats and fireworks and acrobats and decibels are in full kaboom, I expect that’s a common response to Cirque du Soleil’s Michael Jackson: The Immortal.

Lifted by a cast of hundreds, the great artist’s moves and tunes and passions and spectacular video visions can only soar higher than ever before.

I’ll be taking my kids, for sure.”

Written by Michael Dwyer – you can view the complete article, which includes the author’s personal opinions – and enjoy the parade of photographs here.