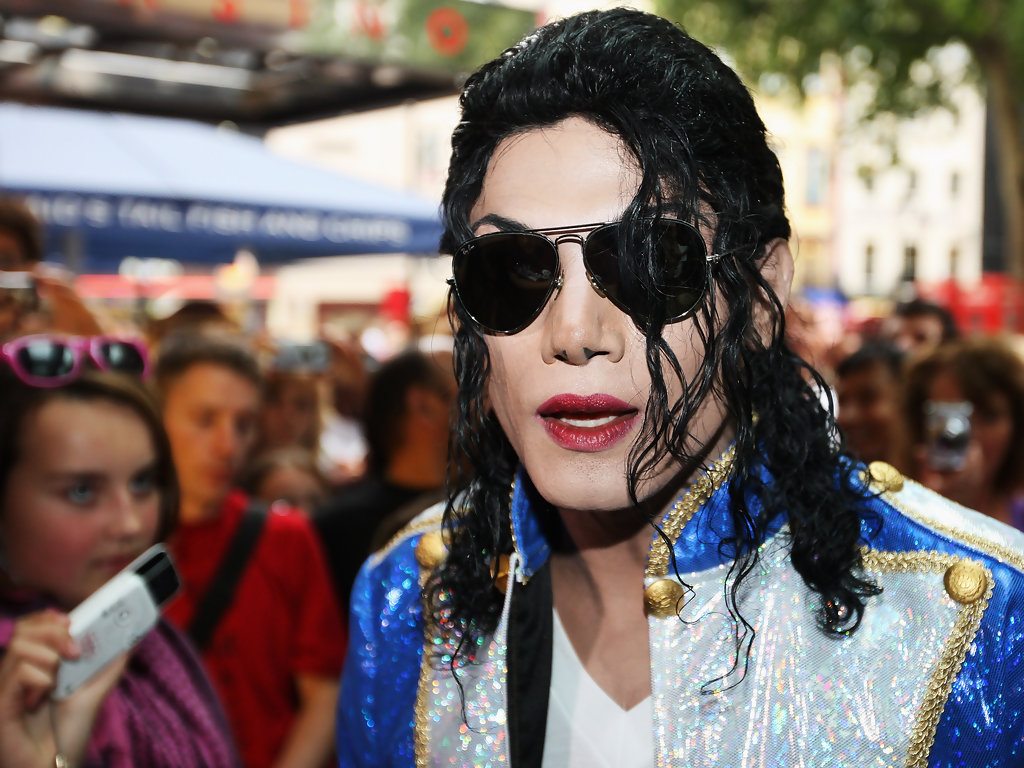 The King of Pop tribute act who’s had plastic surgery to look like his hero plays Blackpool, Lancashire tonight. It’s not often a tribute act has the honour of counting the star they are paying tribute to among their fans. But then Michael Jackson was not your typical celebrity and impersonator Navi is certainly not your average tribute act.

During his 24-year career he has not only performed as Michael but also for him after forging an unlikely friendship.

Navi has performed at the late legend’s birthday parties, visited his famous Neverland mansion, helped to promote albums and tours and even worked as a decoy to distract fans and media waiting  outside hotels.

And if you think he has an uncanny resemblance to the King, it is not entirely  accidental, for he has followed in his hero’s footsteps by undergoing surgery to his face and nose. Ahead of a concert at Blackpool’s Winter Gardens this weekend, Navi explained how his obsession developed after his family moved to  London from the Caribbean island of Trinidad in 1979 when he was aged just seven.

“When I was growing up in the 1980s Michael Jackson dominated the music scene and I was influenced by songs like ‘Thriller’ and ‘Billie Jean,’” he says.

“You hear of kids who want to be famous footballers, film stars or pilots – well I wanted to be Michael Jackson.”

Navi, who did not have dancing lessons, quickly went from practising his Michael moves on the floor of the  family kitchen to entertaining fans of the star at London clubs after being inspired by the singer’s performance during the 1987 ‘BAD’ concert at Wembley, the first time he had seen him perform live.

He says his similar shaped face meant there were similarities between him and his hero, but Navi underwent surgery to help perfect the look and uses make-up to lighten his darker skin.

Then came the call to work with the King himself and a first meeting in 1992.

“He had heard about me and I got a call to help promote his ‘Dangerous’ tour,” Navi  explains.

“When I first met him I found him very humble, so much so he was insecure but he was really sweet with it.

“I thought he was taking the Mick at first but I realised he was just a really shy, quiet person off stage, like a kid in a shell.”

Michael thought so highly of Navi that he ended up asking him to perform at his birthday parties in New York in 2002 and Los Angeles in 2003. It’s very unusual for an artist to want a tribute act to perform for them but it was a great honour to be asked,” says Navi.

“I’m not sure when he first saw me play live but when I played in front of him I was  always covered in sweat I was so nervous.

“When I performed at Michael’s 45th birthday party in Los Angeles and received a standing ovation from him that was just unbelievable.”

Navi says the day, although surreal, was the highlight of his career.

“The place was packed with under-privileged people from around the world,” he says.

“Michael had paid for their flights and accommodation and I remember meeting a girl from the Virgin Islands who had cerebral palsy.

“He was trying to share what he had with people – he had made his money but it didn’t change who he was.”

Needless to say, Navi supported Jackson when he stood trial accused of child molestation, standing outside the courtroom dressed as the ‘Smooth Criminal’ and getting a thumbs-up from his friend as he left court.

He is convinced of the star’s innocence but did not speak to him about the case.

“He was found to be completely innocent by a jury of his peers and after he sold a million tickets in just four hours for his ‘This Is It’ tour – they say the proof is in the pudding.”

Navi was in Leicestershire for a show when he heard Michael was unwell in June 2009, but such stories were common and he thought little of it until he got a call from someone ‘from within the singer’s camp’ with the news that he was in hospital.

He was driving down the M1 when he heard Michael had died.

“It felt like someone had punched through the windscreen and ripped out my heart,” he says.

“My show has got bigger since his death and I think it is a comfort for a lot of people but I would prefer it was all as it was when he was still here.”

Since Michael’s death, Navi has continued to work  alongside the Michael Jackson Estate and tour internationally, and in January 2010 he performed to a sell-out  London O2 Indigo audience.

“People ask if I’ve lost my identity,” says Navi. “But I think your identity is formed through your daily life and through my touring I have seen so many cultures and backgrounds.

“If you grow up around Chinese people you will speak Chinese and if your family like football you will – I am a Michael Jackson fan and fortunately I found a wife who is too. I think you need that common interest when you do something like I do.”