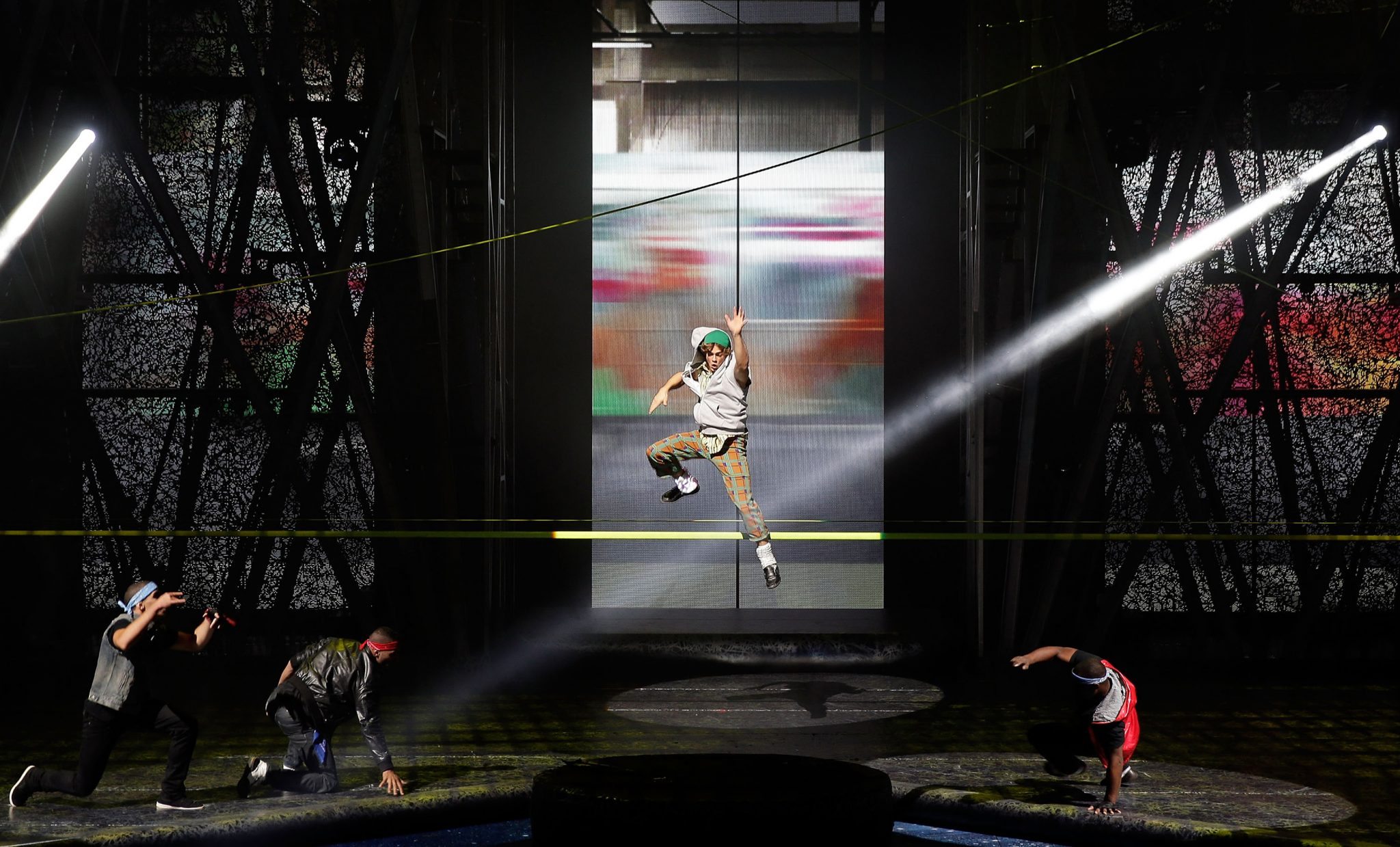 Stretched between two of Mandalay Bay’s towers on the Las Vegas Strip – and 63 floors up – a daredevil will attempt to break the world record for walking on the longest urban highline at 2 p.m. on Oct. 16th.

The stunt will be performed at 480 feet high by Andy Lewis, the daredevil Gibbon Slacklines athlete known for his performance in 2012’s Super Bowl halftime show with Madonna.

To break the record, Lewis will have to walk 360 feet. As he makes his way across, three of the world’s best pro slackliners – Hayden Nickell, Josh Beaudoin and Mickey Wilson – will perform tricks on their own slacklines also rigged at 360 feet.

“However, this Megastunt brings slacklining to a new level and will showcase what the incredible Gibbon athletes can pull off. We are thrilled to be teaming up with Mandalay Bay and Cirque du Soleil to show the world what we can do.”

The stunts are being performed to kick off the 2013 World Slackline Federation’s Slackline World Cup Finals in the Michael Jackson ONE Theatre at 1 p.m. Oct. 17.

The competition is open to the public. ‘Michael Jackson ONE’s’ slackline act, choreographed to the late King of Pop’s ‘BAD,’ will be performed in the theatre during the finals.