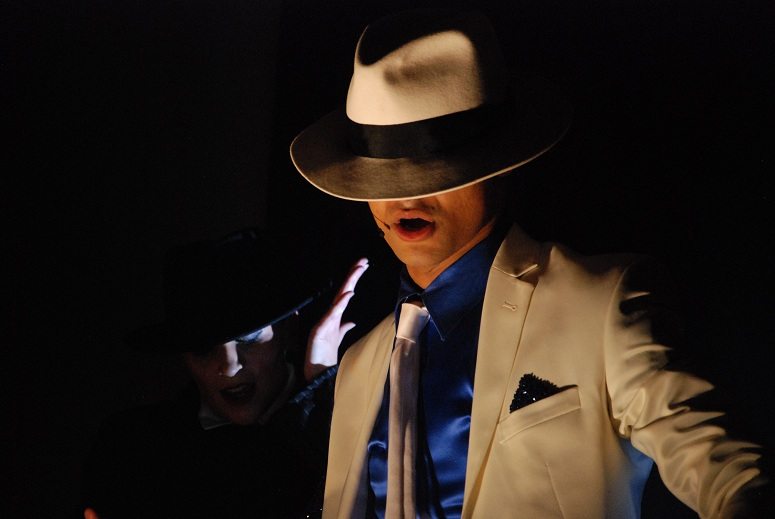 Back in Central London, ‘The Shaw Theatre,’ on London’s Euston Road, is the next venue to host Anthony King’s tribute to Michael Jackson at 7.00pm on October 26th, together with his dancers, singers and live band. The two hour concert starring Anthony King with his dancers, singers and live band, will recreate the magic of the King of Pop Michael Jackson and all his greatest hits.

Michael himself, even featured Anthony as “Breaking News” on his official website. Plus, Anthony was co-choreographer of the original production of the ‘Thriller Live’ musical.

Michael’s promoters, AEG Live, invited Anthony to promote Michael’s ‘This Is It’ show live, at the 02 arena on the opening night of the tour – pre-show, just before Michael was to appear on stage.

‘Anthony King’s Tribute To Michael Jackson,’ is a high energy Michael Jackson musical, singing and dancing spectacular, featuring a host of Michael’s Greatest Hits performed live including, ‘Thriller,’ ‘Beat It,’ ‘BAD,’ ‘Jam,’ ‘Man In The Mirror,’ ‘Billie Jean,’ ‘They Don’t Care About Us,’ and many more …

For a preview of the show and details on how to purchase tickets please visit the show website or phone the Box Office on 0844 248 5075.

An after show party will be held at Rise, 1 Leicester Square, London, UK, WC2H 7NA with free entry until midnight for those producing show tickets.