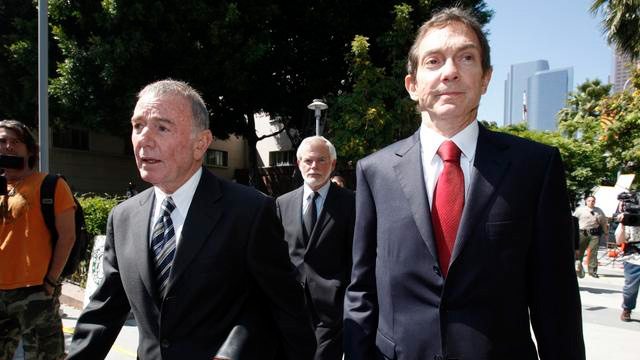 This revelation has raised questions about the testimony given by Eric Briggs, an entertainment industry consultant, who was hired by AEG Live. He had signed a confidentiality agreement with the Estate in 2010 when he was hired to value the Sony-ATV music catalog, for tax purposes.

Briggs told the court this week that, FTI Consultants, which is his company, had a waiver from a Michael Estate lawyer before agreeing to work for AEG.

He was hired by AEG in February to calculate how much money Michael would have earned if he had not died.

Howard Weitzman wrote an email which was read in court Thursday saying; “No one from the estate or any lawyers authorised or waived any potential conflict for FTI or Mr Briggs.”

The judge ordered Briggs to answer questions put forward by Mrs Jackson’s lawyers, despite the conflict. He said a Michael’s interest in the catalog was about the same level as his debt at the time of his death, around $400 million.

The IRS have said this is low and an independent analyst which they have hired concluded he had undervalued Michael’s interest in the catalog by up to $300 million.