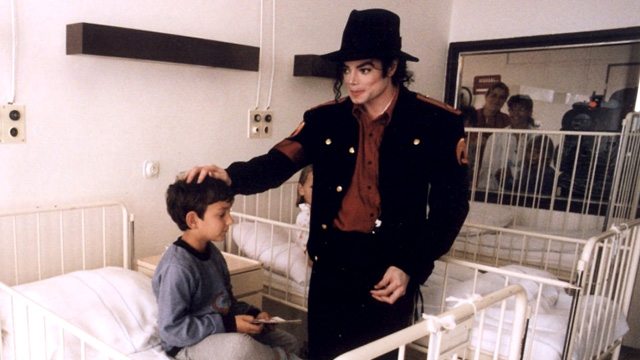 We have been approached by MCH Initiative, who would like to contact as many of Michael’s fans as possible to help them promote Michael’s last dream of building or extending hospitals for sick children.

MCH Initiative is a new non-profit organisation that has come into being because of Michael’s love for children and his desire to help as many as possible.

Most of us heard the illegal tape of his voice during Murray’s trial speaking of his dream of building such a hospital with the money he would have made from the ‘This Is It’ concerts and since that time, many fans have wondered what they could do to help make Michael’s dream come true.

It was a life-long dream of Michael’s to build children’s hospitals all over the world, which would not only treat their illnesses medically, but would also provide quality emotional and psychological support for those with life-threatening or long-term illnesses.

The MCH initiative was created in order to unite fellow fans around the world, to work together and give this gift to the children in our beloved Michael’s name. It is founded and operated by other hard-working, loyal fans of Michael and his philosophies.

The head-quartered are in Pennsylvania and it is tasked with the mission of improving children’s healthcare globally.

In the short-term they would like to build additions onto or renovating existing medical facilities for children. These additions and renovations would afford the facilities the space and tools they need to provide children with permanent toys, games and entertainment aimed at improving their overall emotional well-being.

Their largest and ultimate goal however, is to build a brand new children’s hospital in Michael’s honour, which they plan to name MCH (Michael’s Children’s Hospital).

Because this is a fairly new initiative (established in the fall of 2011) it will require the help and support of many to succeed. They have decided to seek support from fan communities who may also like to see Michael’s greatest unfulfilled dream a reality.

At present, they are asking you to join them in helping to reach out to those hundreds of fans who have not yet heard of them, but would be very much willing to be a part of his dream.

In addition to this, they would also like to invite you, to pledge your support for this initiative. This pledge is not to make any monetary donation and carries no financial obligation whatsoever. It is simply to show your support and solidarity in helping to make Michael Jackson’s dream come true.

Should you decide to support them in either of these ways then please do not hesitate to contact them at: media@michaelschildrenshospital.com.

Feel free also to check out the details of their initiative at www.michaelsdreamfoundation.net

MCH say; “We can think of no better way of show the world the heart of the King of Pop, and the dedication of his army of fans. Will you ponder helping achieve Michael’s Dream?”

Source: MCH & MJWN with thanks to Kerry Ward