Michael’s “likability” Over The Years 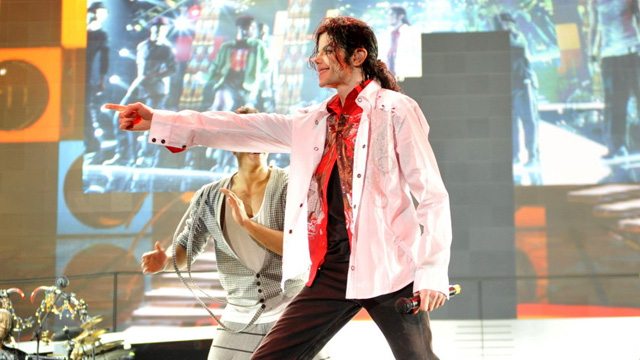 His  testimony in the wrongful death trial of AEG Live is intended to counter an expert hired by the Jackson family lawyers who concluded Michael would have earned another $1.5 billion from world tours had he not died while preparing for his ‘This Is It’ shows.

AEG Live relied on his ability to sell tickets when it signed him to a three-year deal for the tour. While the company worked hard to convince Michael in 2009 to let them produce and promote the concerts, it paid Briggs more than $700,000 to prepare testimony for this trial questioning his star power.

In fact, AEG Live executives bragged at the time about how Michael’s first fifty London concerts sold out in record time with enough potential buyers lined up to sell out another fifty shows

If a jury decides that AEG Live is liable for Michael’s death, his lost earnings potential would factor into their determination of damages to be paid by the concert promoter.

They contend Michael was so deceptive and secretive about his medical treatments and drug use that even his family did not know. To help make their case, they’ll play video of Michael’s youngest brother Randy, being questioned about it. His testimony is expected to be shown to jurors after Brigg’s testimony is concluded Wednesday.

Michael’s oldest sister Rebbie and ex-wife Debbie Rowe are also lined up to testify in the coming days. AEG Live is compiling their testimony, hoping to get revelations about Michael’s drug use.

Tomorrow, Tuesday, marks the 59th day of testimony in the trial, which the judge said could take another six weeks in a Los Angeles courtroom.

Briggs testified that he studied “Q score” data for Michael, the trend of his album sales and his stability, to conclude that he had a low chance of earning money from endorsements and sponsorships.

An entertainment industry analyst hired by Jackson family lawyers testified he was “reasonably certain” Michael would have earned $300 million from endorsements and sponsorships.

Briggs disputed the estimate, saying that while he was; “a great performer” companies decide which celebrities to align their products with based on “likability” as measured by “Q scores.” Michael’s “Q score” in 1993 was in line with the average male musical performer, with about one person of every two surveyed saying they liked him, Briggs said. That was the year Michael announced he had a problem with painkillers and he entered rehab.

His score became dramatically negative over the next decade, Briggs said. By 2006, a year after he was acquitted at trial, more than seven people said they disliked him for every one who said they liked him, Briggs testified. He said companies would be “very anxious” about putting someone with such negative “likability” next to their products, he said.

Jackson lawyer Brian Panish will have a chance to question Briggs about his conclusions Tuesday.