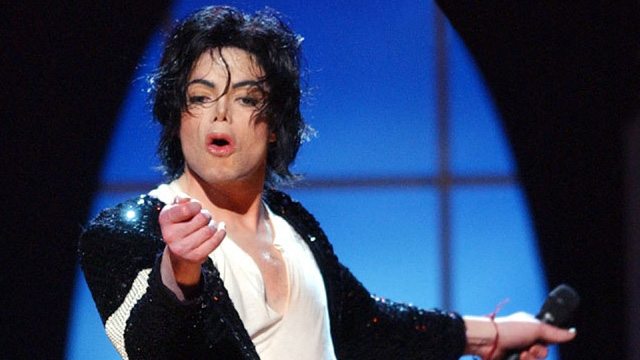 AEG attorney Kathryn Cahan presented the next defendant’s witness, via the video deposition, of Dr Alimorad Farshchian. The deposition was taken in August 2012 with Marvin Putnam did the questioning

Dr Farshchian treated Michael in April 2001 through to 2003. He said that Michael was having an issue with his ankle prior to the Madison Square Garden shows and that he had to rehearse. The doctor said that; “And he had an ankle issue that was more like a sprained ankle that was not healing and he had to continue to dance on it. He made an appointment like everybody else,” Dr Farshchian said

Putnam asks; “Do you remember the first time he told you he wanted to clean himself up from drugs?”

“He was trying to get off Demerol,” Dr Farshchian said. He then explained that Michael told him he had a problem and that Michael’s main concern was his children. “’I’d do it for my kids, and to spend more time with his kids.’”

Putnam then asks if Michael wanted to get off drugs and if that happened at the hotel in a second meeting with the doctor. He said “yes.”

Putnam asked; “Did he seek treatment with you?”

“Did MJ tell you he was addicted to Demerol?”

Dr Farshchian explained that when he got to know Michael he visited him at the hotel, read a little about him on the internet, then realised was ongoing problem. “To treat Michael for that problem, I thought that because he travelled quite a bit he needed something to be on him. I chose Naltrexone,” Dr Fashchian testified. “The drug inhibits the effects of the narcotics, if you take it, it stops giving you the euphoria.”

Patient states he need some help him with his addiction problem.

He does not wish to go to an outpatient rehab facility despite the pressure from family. Discussed with him option of Naltrexone Dr Farshchian used local anesthesia with lidocaine 1%, done as outpatient in doctor’s office in Miami.

Dr Farshchian said that he had a patch implanted 5 times and that the implant, back then was more popular.

“Did you understand Mrs. Jackson was concerned about his health?” Putnam asked.

Dr Farshchian said he’d told her he was treating Michael for addiction to Demerol and that he also had a phone call with Mrs Jackson where she wanted to know about the implants. He added that once too at Neverland Michael showed his mother the implant and she was very happy about it. The last time Dr Farshchian spoke with Mrs Jackson was at Michael’s funeral, but prior to that it Christmas 2002 at Neverland.

The doctor was asked if he knew any of Michael’s other doctors. The only one he said he may have spoken to was Dr Metzger. “Yes, heard being MJ’s physician in LA, might have spoken to him. Spoke about implants, what to do about it, how he should look,” he said.

Dr Farshchian said he didn’t know why Michael became addicted or started taking Demerol and that Michael did not abuse other drugs or alcohol. He stated that there was an attempt at intervention by the family but Michael was very difficult to get to, bodyguard, so it may not have happened.

“How was he doing?” Putnam asked.

“Was he using drugs again?”

The next time the doctor saw Michael was the weekend after he was arrested. His records state; Patient can follow up with local physician at this point.

(Dr Farshchian said he thought it was enough, the treatment was done.)

The doctor continued by saying that he’d converted his garage into a bedroom for Michael and he lives in North Miami Beach, Bay Harbor Island. He said there was a period of time Michael stayed with Dr Farshchian. He stayed twice, once with the children.

Dr Farshchian said Michael had a local doctor who didn’t realise what the patch was and removed it. He said it would make Michael itch it and that he had some skin rash.

Ankle wound is better, but he had taken the implant out by a physician at home, wishes to do another implant.

Dr Farshchian said Michael always had trouble sleeping.. “To me his insomnia was caused, possibly, you have this area inside the nose…called turbinates, if you reduced it, it’s called empty nose syndrome, to me that was the cause of that.

“Parts of his nose were missing?” Putnam asks.

“Portions of his nose were taken out. MJ was very private with everything.” He then explained that at one time he was complaining of insomnia and he was seeing a herbologist for it.

Tomorrow morning, David Fournier, a nurse and anaesthetist that treated MJ with Propofol, will take the stand.