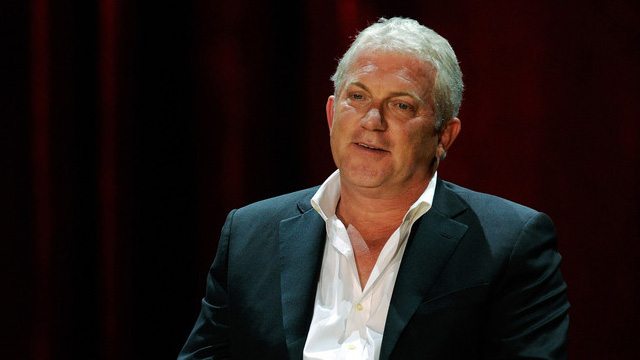 AEG Live executive John Meglen is back on the stand. He’s being cross examined by plaintiff’s lawyer Brian Panish. The judge also announced that Friday, Monday and Tuesday will only be half day sessions.

There were some testy exchanges between Meglen and Panish. The lawyer went back over a lot of Meglen’s testimony from yesterday. There were lots of objections. The judge also had to tell Meglen to give “yes” or “no” answers, and told Panish not to argue with the witness.

The session actually ended when the judge called a sidebar right before the lunch break.

When the session recommenced, Panish asked Meglen about his testimony yesterday on the reported 97k attendance figure for a U2 concert at the Rose Bowl. Meglen said yesterday he didn’t believe the figure as it was reported by ‘Billboard’ magazine. Panish asked him for any evidence to dispute it. The executive said he didn’t have evidence to dispute the 97k attendance figure, but made clear he doesn’t believe it. He said he doesn’t believe the 97k figure was for paid attendance, which is what matters to him and what he was referring to. Panish showed Meglen a photo from the U2 show. Fans were packed in the stands and hundreds were on the field. Meglen pointed out that the U2 show had a 360-degree stage that allowed them to sell tickets throughout the entire Rose Bowl.

He said Michael’s stage for the ‘This Is It’ show was different, an “end stage” setup that wouldn’t allow as many concertgoers. Meglen conceded that you could probably fit 97k people in the Rose Bowl with the right stage, but they might not have all bought tickets.

Panish again asked Meglen about his contention from yesterday that there were bigger stars than Michael Jackson. Panish’s questioning focused on AEG execs Paul Gongaware and Randy Phillips saying there was no one bigger than Michael.

Meglen said: “Paul and I have worked on different projects in our lives.”

Panish asked whether Meglen was denying that Michael had “huge ticket drawing power.” Meglen responded, “Not at all!”

Panish then asked Meglen a bit about the AEG corporate structure. Meglen reports to the CEO of AEG Inc., he said. The lawyer then asked Meglen whether he agreed with AEG Live CEO that Michael Jackson was bigger than Celine Dion. Meglen works directly with Dion and her tours in North America. It took him a few tries before he answered the question. He said he doesn’t believe that Phillips’ statement is true, but it was a personal opinion. “To me, she’s bigger,” Meglen said.

Meglen and Panish went back and forth for several minutes over when AEG’s negotiations began with Michael in 2008. Meglen didn’t remember the time frame, so Panish played his deposition in which he said the negotiations started in Fall of 2008.

Panish then asked whether Meglen was personally involved in the negotiations. He said he wasn’t at the negotiating table. It took a long time and several questions to establish that Meglen was briefed about negotiations during meetings with other AEG Live execs. Meglen added he didn’t review the actual contracts for the ‘This Is It’ shows, but said he had input on ticket prices and other issues.

After a brief break, Panish showed Meglen the AEG projections for a worldwide tour for Michael that were displayed last week. Panish went through the list, showing that AEG had plotted out potential shows in Europe, South Africa and other locations. The lawyer pointed to several shows planned for India and his contention that big artists didn’t perform in India.

Panish then rattled off several acts who peformed in India. “It’s not a very big market, that I do know,” Meglen said. A dispute over India’s population ensued.

John Meglen finished his testimony and the Jury heard the videotaped testimony of Miami-based doctor Alimorad Farshchian, who testified about treatments on Michael in 2002.

Later the judge banned a spectator from the court after he had taken photographs of some of the jurors. The spectator was William Wagener. Superior Court Judge Yvette Palazuelos will determine whether Mr. Wagener will be permanently blocked from the courtroom tomorrow.