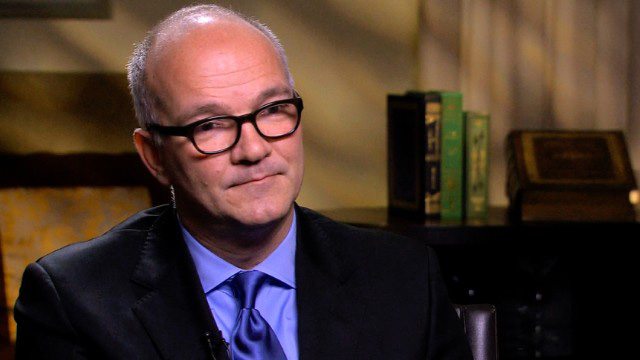 Michael “had a real monkey on his back,” a long-time drug addiction his family kept secret from the world and it led to his overdose death, a lawyer for AEG said.

The concert promoter’s defense against Mrs Jackson’s wrongful death lawsuit begins today and will include testimony from “all of the many, many doctors” who treated Michael over the past decades, AEG Live attorney Marvin Putnam said.

It will also include a parade of Jackson family members, including a return appearance by matriarch Mrs Jackson, who just concluded two days of testimony as her lawyers presented their case. “They kept his private world private as best they could and now they would like to blame somebody else for things that only they knew privately,” Putnam said.

Michael, not AEG Live, chose and controlled Murray, Putnam argued. He said in his opening statements at the start of the trial, twelve weeks ago, that he would show jurors “ugly stuff” about Michael to prove that AEG Live executives had no way of knowing about the dangerous treatments the doctor was giving in the privacy of Michael’s bedroom.

The appearance of Mrs Jackson, as a concluding witness in her case, gave Putnam a chance to probe what family members knew about Michael’s drug abuse history. “There are a lot of enormous inconsistencies in what is being said and what the truth is,” Putnam told reporters on Monday after he had finished his cross-examination of Mrs Jackson. She “reported to the world and to the press that he never had a problem with prescription drugs,” he said adding, that he had never entered drug rehab and that the family never attempted an intervention to stop his drug use. “As we now know, Michael Jackson had a long-time problem with prescription drugs, so what had been told to the world during his lifetime wasn’t true.”

The Jackson family’s lawyer, Brian Panish, said AEG Live executives were “in the best position to help Michael Jackson” when they saw his health deteriorating in the last two months of his life.

Show director Kenny Ortega sent a series of emails to top AEG Live executives warning them that Michael showed “strong signs of paranoia, anxiety and obsessive-like behaviour” at a rehearsal.

“I think the very best thing we can do is get a top psychiatrist in to evaluate him ASAP,” Ortega wrote. “It’s like there are two people there. One (deep inside) trying to hold on to what he was and still can be and not waiting us to quit him, the other in this weakened and troubled state.”

Production manager John “Bugzee” Houghdahl sent an email to producers saying he “watched him deteriorate in front of my eyes over the last eight weeks. He was able to do multiple 360 spins back in April. He’d fall on his ass if he tried now.”

“They knew he was having a problem,” Panish said. “He needed them for this concert. They could have easily told him, ‘Look, until you go see the appropriate doctor and come back, we’re not going on with the rehearsal.’ They’re the only ones that really had the ability to do something about it and they chose not to.”

Ortega testified this month that he thought AEG Live should have halted production on the show until Michael was well. Despite the email evidence and testimony, Putnam insisted Monday that AEG Live executives knew nothing about Michael’s failing health. “They had little interaction with Michael Jackson in terms of the production and promotion of that,” Putnam said, adding that the executives “certainly” did not know “that he was having any problems.”

But Panish said the executives should have known: “He was deteriorating in front of their own eyes.”

“They watched him waste away,” Mrs Jackson testified.

During cross-examination, the AEG Live lawyer played a clip from an interview Mrs Jackson gave to NBC a year after her son’s death in which she said Michael had hired the doctor. In response, her lawyer argued she made the statement before seeing AEG emails indicating that the company hired him. Putnam questioned her about a statement she and several of her children signed in 2007 accusing ‘People’ magazine of publishing “untrue and inaccurate information” about Michael’s drug use. “We categorically deny ever planning, participating in, or having knowledge of any kind of intervention, whatsoever,” the statement read.

Mrs Jackson acknowledged, however, that she participated in an attempted intervention with her son at his Neverland Ranch in 2002.

“I wanted them to stop lying,” she testified, referring to the magazine. “I was worried about all the lies they were telling about the family.”

“Was it a lie to say your son had a problem with prescription drugs?” Putnam asked.

“He did not have a problem,” she insisted.

Putnam later asked Michael’s mother if she liked to “shut your ears to bad things.”

Mrs Jackson appeared combative at times when Putnam cross-examined her, punching back at his questions.

“What does this have to do with my son dying?” she replied, at one point.

“I think she was badgered, but that wasn’t the first time,” Panish told reporters later. “In her deposition, she was asked questions like; “Does your husband ever beat you?'”

For the pre-trial deposition, Mrs Jackson was questioned for about twelve hours over three days. Putnam denied he was being overly aggressive in his questioning of her.

“I just wanted to know the facts from her and there was no reason to be aggressive with her,” he said. “She was combative, but you can’t blame Mrs Jackson for that. None of us want to find ourselves in a situation where we’re having to confront the very public death of our child.”

Putnam refused to discuss why he asked Mrs Jackson in the deposition if her husband ever beat her.

“What occurred in those depositions was confidential at Mrs Jackson’s request, therefore I am not at liberty to go into to the private matters that we went into in that deposition,” Putnam told CNN. However, Katherine Jackson and her lawyer both brought up the question in court Monday.

“I am not going to go into what we went into about the very tragic history Michael Jackson had with his parents and father over the period of his life,” Putnam said. “That is something we did not go into on the stand because it is not relevant. I’m not bringing that up.”

AEG Live executive John Meglen is on the witness stand Tuesday as the company’s defense presentation begins. Testimony is expected to last into September, the judge told the jury.