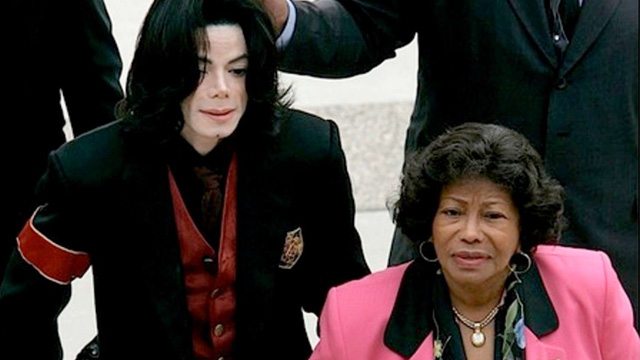 Michael’s mother, Katherine Jackson, gave her testimony today in court. She is expected to be the final witness in the plaintiff’s case against AEG Live.

Mrs Jackson said it had been difficult to listen to some of the testimony about her son during the twelve week trial, saying she’s a private person by nature. “I leave the spotlight for my children,” she said. “A lot of the things that have been said are not the truth. He’s not here to speak for himself,” she explained and said she will do her best to speak for him during her testimony.

Mrs Jackson said that when Michael named his son Prince, it wasn’t a ‘King of Pop’ reference. It was a family name. She was born in Alabama and her father’s name was Prince and she described his singing talents.

About the first half hour of her testimony was a biography, but she went on to explain how hard it has been for her listening to the case, in particular citing an AEG email. She said an email written by Paul Gongaware, a top AEG Live executive, that described her son as lazy was especially hurtful. “My son was not lazy. You don’t get to be the biggest,” she said, pausing, “by being lazy.”

Videos of Michael performing at the Academy Awards and doing the moonwalk for the first time were also shown along with numerous photos. Mrs Jackson smiled when several of the pictures were displayed.

Questioned by Bryan Panish, Mrs Jackson tearfully described finding out about Michael’s death and that she had expressed concerns about his comeback concert schedule to the promoters of the shows. She said she had called Randy Phillips, the CEO of AEG Live, to voice her view that her son could have done fifty shows, but not if they were spaced closely together. “He couldn’t do every other night like AEG wanted him to do at first,” she said.

She also said she had called her son’s manager, Tohme Tohme, to raise concerns about the ‘This Is It’ schedule but she did not provide any additional details about the calls.

She explained that she had heard from her other children that Michael was abusing prescription medication, but she didn’t know what to believe. She said she visited him in Las Vegas a few years previous to ask him about it.

“He promised, he kept saying, ‘I’m OK,'” she told the jury. “Sometimes the mothers are the last to know. I don’t want to hear on the news that you’re not here anymore,” she said.

Under questioning by Putnam, Mrs Jackson said it had been difficult to see and hear unflattering descriptions of her son.

“It hurts to sit here and listen to all these things. To listen to how sick my son was and nobody was trying to help him.”

She broke down as she described the day her son died and learning the news from another of her son’s managers, Frank Dileo.

“I just started screaming,” she said, crying and clutching a tissue in one of her hands.

Mrs Jackson said she had never met Murray before her son’s death and that she saw him pacing at the hospital and had to inquire who he was.

“My son needed another doctor, not Dr. Murray,” she stated.

Putnam asked Mrs Jackson about her decision to sue AEG Live. She said she didn’t discuss it with her children or her grandchildren before filing the lawsuit.

“This was your decision alone,” Putnam said. She said it was.

The defense case is scheduled to begin next week and Mrs Jackson’s testimony was stopped in the early afternoon after her lawyer said she only had about three hours of sleep Thursday night and was tired.

The decision was made by Superior Court Judge Yvette Palazuelos after defense attorney Marvin S. Putnam asked Mrs Jackson several questions about her decision to file the case and she had difficulty understanding and recalling dates. Palazuelos spoke with Mrs Jackson briefly before dismissing her until Monday.