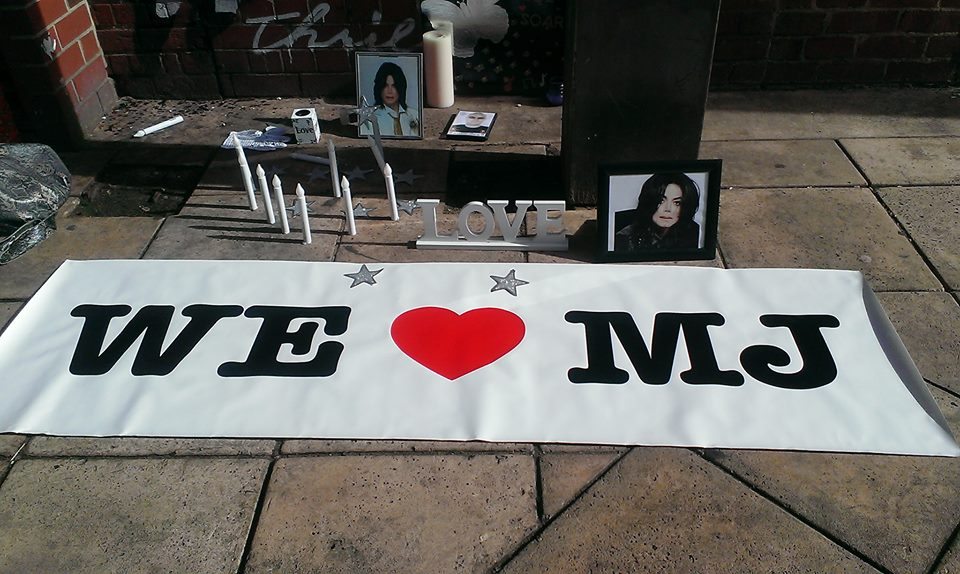 “Michael Jackson Fans, there’s no other fans quite like them, now I should know and I maybe a little biased, as I am one of them. Protective, strong and very loyal, like soldiers in a battle field defending their country, we would fight to no end to defend and protect Michael and his name. As Michael himself once called us, we are his ‘Soldiers of Love.’ Be prepared for a confrontation or at the very least to be educated if you dare were to say something adverse about him or to state as gospel some of the tabloid trash. You are certain to be pointed in the right direction to the true facts.

No distance is too far to be near our King as multitudes of us travel to the other end of the Earth to pay our respects to the man we love and who means so much to us every year on his Anniversary. His resting place is adorned with a sea of flowers like no others. For those that travelling isn’t always possible or that easy, at least not every year, they find other ways of honouring the man that has brought and still brings so much joy, love, magic and excitement into their world.

Whether a big fan event in their own city or country, or a small candle light vigil in their own backyard, or as a few friends did here in Adelaide, Australia four years on from his passing, with even a ‘speed demon’ amongst them, next to a mural portrayal of Michael they found in their CBD area and over coffee and lunch, it is always done with the utmost Respect and Love!

His presence is felt everywhere and it is amazing where he turns up as in this case in a side walkway off one of our most busiest and trendiest streets. Very cool if I must say so myself! Michael reminding us to ‘Live Your Life Off The Wall.’

Always loved, never forgotten, his legacy will live on forever through us! There is certainly something special to be said about MJ Fans!!!”