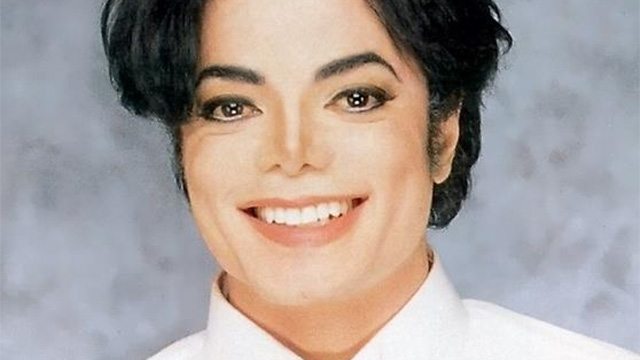 The Epilogue to Michael’s Life

Since Michael died in 2009, courtrooms have been busy trying to provide order to his life and his death. They’ve provided the forum where his debts have been settled, his final days dissected and his life depicted as a cautionary tale.

In nearly four years of court proceedings, two juries have watched Michael come to life on video screens. They’ve watched him spin, dance, and then disappear. They’ve heard his voice, seen his handwriting and viewed photos of his lifeless body.

His role as a father has been described in little more than platitudes. Until now.

The jury hearing a civil case filed by Katherine Jackson against AEG Live LLC, the promoter of Michael’s ill-fated concerts, are experiencing details of a world previously held under lock and key. They’ve heard of extravagant birthday parties, secret family outings and the leg-clinging devotion of his children.

Michael shielded the children from the public eye, home-schooling them and often hiding their faces in public.

Away from the cameras, he tried to create an environment of love, attention and special moments for his children, Michael Joseph “Prince” Jackson Jr., Paris-Michael Katherine Jackson and Prince Michael “Blanket” Jackson.

The following are some of some of the stories they’ve told. They present a portrait of Michael as a father that outsiders never saw.

The final month of his life was a busy time. There were rehearsals for ‘This Is It,’ planning meetings and film shoots for a series of mini-movies that would precede some of his greatest hits at the London shows.

He brought his children to the shoot for a ‘Smooth Criminal’ video that culminated with him leaping through a window, while being shot at by Humphrey Bogart.

Alif Sankey, a backup dancer on the original video who was working on the comeback concerts, sat next to Paris during the shoot. The 11-year-old wanted to share a secret and opened up her purse. It was filled with candy, Sankey recalled.

Michael didn’t want his children to eat sweets, and Paris asked Sankey to keep it quiet.

The dancer noticed something else inside the purse — tiny picture frames with images of her father.

“Her purse was full of candy and pictures of Daddy.”

Despite being home-schooled, there was no shortage of companions for Michael’s children.

Chef Kai Chase recalled numerous pets in the mansion that he was renting while he prepared for his ‘This Is It’ shows.

There was the talking bird, Siberia, who whistled at pretty women.

The children also had a chocolate Labrador named Kenya, whom Chase bought a cookbook for so she could bake him treats and a birthday cake. Two cats, named Katie and Thriller, also roamed the house.

During opening statements of the civil trial, some of the jury’s first exposure to life in Michael’s home came from footage shot on a Christmas morning several years ago. Michael’s ode to his children, ‘You Are My Life’ played as jurors watched a video of a Christmas morning from years ago of Prince, Paris and Blanket gleefully receiving their gifts, which included the puppy, Kenya.

Chase had been working at Michael’s home for only a few days when it came time to prepare for Paris’ 11th birthday, and she wanted a Michael Jackson-themed party.

All around the dining room, posters of the King of Pop were hung alongside album covers and other pictures. Michael’s hit songs played as the family ate cheese pizza, hot wings and banana splits, Chase recalled.

Paris’ birthday cake was decorated with Lilo & Stitch, her favourite Disney characters. But the festivities weren’t over.

Michael escorted the children into the backyard, where they watched a private Cirque du Soleil-style circus, complete with men on stilts and a woman performing in a giant balloon.

Chase watched from the kitchen window and later described the scene as, “the most beautiful expression of love I’ve ever seen.”

Michael spent the final months of his life in a rented mansion in the upscale Holmby Hills section of Los Angeles.

The mansion had all the amenities fit for a pop superstar — a palatial entryway, staircase and parlour and in the basement, a home theatre and dance studio.

The house was a hub of activity, with security guards posted outside, a pair of housekeepers, a nanny for the children and on many days, a personal chef stationed in the kitchen.

But staffers and guests other than Murray weren’t allowed upstairs, where the bedrooms were. When Chase wanted to prepare a soul food menu for Michael and his children, she wrote him a note in Magic Marker and left it at the foot of the stairs.

AEG Live’s lead defence attorney has pointed to the secrecy of Michael’s upstairs lifestyle — where he was receiving nightly doses of the anesthetic propofol in his locked bedroom — to support the company’s contention it couldn’t have known about his drug treatments.

Having a stable home for his children was a major motivation for Michael returning to the concert stage, AEG executives say.

After his acquittal of child molestation charges in 2005, Michael had become a nomad, spending time in various cities, including Las Vegas, often staying with friends.

“He wanted his kids to have a permanent place to live and a sense of community,” AEG Live CEO Randy Phillips recalled Michael telling him during one meeting held while the family was living in the guesthouse of a rich benefactor.

It was Halloween and the children darted in and out of the rooms, wearing masks. Later that night, they’d go with their father to a party at Elizabeth Taylor’s home.

“I felt incredibly bad that this incredible star was at this point where he couldn’t buy a house,” Phillips said.

Michael was always a magnet for photographers and fans, but he managed to sneak his children into a movie just weeks before his death.

The family and a few others went to see the animated film ‘Up’ at the El Capitan Theatre on a touristy stretch of Hollywood Boulevard.

They came in a back door and remained in a private room while moviegoers filed into the theatre. When everyone else was seated, the entourage, including his longtime makeup artist Karen Faye, director Kenny Ortega and others, hit up the concession stand.

The group watched the movie without distraction. “No one knew Michael was there,” Faye recalled.

Michael and choreographer Travis Payne were scheduled to rehearse one-on-one several days a week in the dance studio that was in the basement of Michael’s mansion.

It’s unclear how often the pair worked out, but when they did they often had a companion, 7-year-old Blanket. He liked to watch his father dance, Payne later recalled, and tried to always stay close to his dad. During their workouts, Payne said Michael talked to his son, mentoring him.

Preparations for the shows meant that Michael was frequently out of the house at meetings, film shoots or rehearsals. When he returned home, Prince, Paris and Blanket would rush their father.

“They would take off like lightning,” Chase recalls, “… and grab him around the ankles and around the waist.”

They’d be hanging off of him, not unlike a picture shown to jurors during opening statements.

In the photo, Michael was handing Blanket, then a newborn, to President Bill Clinton. Clinging to Michael’s right leg was Paris.

When it came time for a science project, Paris settled on studying snails. She enlisted Chase to help her find snails in the mansion’s backyard. The pair carried large flashlights and found several of the slimy creatures and prepared to bring them inside.

Michael was waiting for them.

“At this point, I knew I was going to get fired,” Chase recalled.

He looked at the snails and had a different reaction — he helped make them a home.

The snails ended up in jars made cozier by moss in the bottom and tiny cocktail umbrellas. They lived on the kitchen counter, not far from other reminders of the children.

Blanket’s colorings hung on the refrigerator.

On a chalkboard where Chase would write out menus, Paris scrawled a message that remained on the board the day her father died.