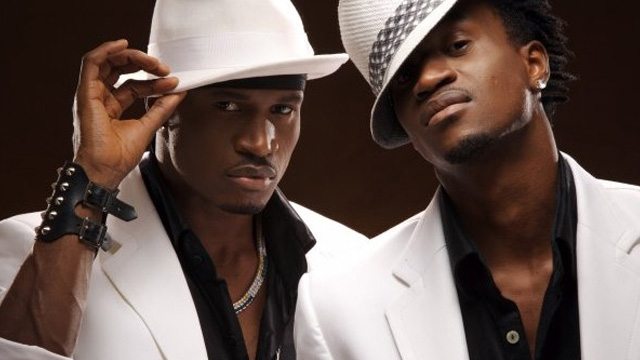 The duo of Peter and Paul Okoye, popularly known as P-Square, has officially released a new single and video, ‘Personally.’ The video is part of P-Square’s effort to honour the late Michael Jackson, a music icon who had immense influence on their music career. MJ, as Michael was fondly called, died on 25 June, 2009.

Four years after MJ’s death, P-Square have dedicated their big budget music video of their new single to his memory. Shot in Lagos and co-directed by Jude Engees Okoye and Clarence Peters, ‘Personally’ is another video that showcases the dexterity of P-Square as masters of their craft. It is a must-watch video, not just for P-Square’s fans, but for every Michael follower.

According to P-Square, “this video is dedicated to our mentor, legendary pop icon, the late Michael Jackson, who still inspires us personally.”

The video also brings back the memory of Peter and Paul Okoye as members of the now defunct ‘Smooth Criminals’ and ‘MMPP’ dancing groups in Jos, Plateu State. The groups majorly mimed and choreographed MJ’s songs and dance routines. With ‘Personally,’ P-Square has brought back the old buzz and steps.

P-Square’s choreography, marshalled by the group’s Chief Choreographers, Don Flexx and Peter, showcased most of MJ’s popular moves. Energetic dancer, Kaffy, was also on hand with her group to add spice to the video. Pint-sized actor, Osita Iheme, a.k.a. Pawpaw, made a cameo appearance in the video alongside Peter’s son, Cameron Okoye.

The group existed for about five years. Peter, Paul and two other friends (Michael and Melvin) later formed an acapella group called MMPP. The group was unable to withstand the test of time so it disintegrated, leaving the two Ps –Peter and Paul now known as P-Square.