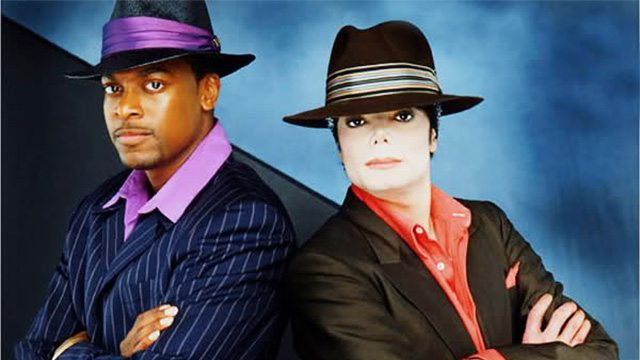 Spending a night with the world’s funniest man is not something one does everyday, but on the 15th June 2013, I did just that, when I spent my Saturday night with Mr. Chris Tucker. We were lucky enough for the first time here in Australia to experience live, his comedic genius on his Australian 2013 ‘Stand Up’ Tour.

Be prepared for a few sore facial muscles after the show as your face will get a real workout from laughing too much. From his amazing entrance to his “Thank You” and “Good-bye,” I didn’t stop laughing the whole night, as didn’t everyone else present in the audience.

Chris started at the age of 19, in America’s ‘Stand Up’ circuit and then got his break into movies with his role alongside Ice Cube in the cult classic movie ‘Friday.’ Then followed other movies such as ‘The Fifth Element,’ ‘Jackie Brown,’ ‘Money Talks,’ and to his most famous role in the blockbusters the ‘Rush Hour’ movies, working with Jackie Chan. In his most recent movie he co-stars alongside Jennifer Lawrence, Bradley Cooper and Robert De Niro in ‘Silver Linings Playbook.’

Well known all over the world as a comedian and an actor, what the King of Comedy is most recognized for in the MJ world, is his friendship and connection with the King of Pop, Michael Jackson and his part next to Michael in the short film ‘You Rock My World.’ His love and admiration for Michael certainly shines through during his performance in his ‘Stand Up’ show, where he devotes a part of the show to his dear friend Michael. If you are a Michael Jackson fan you will be excused if you get a little teary amongst all the laughter. His sincerity for his friend is heart warming.

From mentioning working with Michael on ‘You Rock My World,’ and how funny Michael was, to telling us how Michael changed his name from Chris to Christmas and how from then on whenever he saw Chris he would say, “Hello Christmas,” to describing Neverland as a magical place that he never wanted to leave when he visited, the sense that he misses his friend is evident.

He includes a story that had everyone in stitches about a time when Michael and Barry Gibb were singing ‘How Deep Is Your Love,’ and when he thought it was his turn to showcase his vocal talent, an “Oh no Chris! What are you doing?” was the reaction he got from Michael. His singing career was short lived as he was banished to the car by Michael.

Then he recounts a few more stories told only in a way that Chris Tucker can with that trademark voice of his. One about a failed attempt from Chris to acquire a Rolls Royce from Michael, after Michael had just given him a large TV as a gift, another about a shopping spree he went on with Michael in Vegas and of how he had to become one of Michael’s security, even including a sing-along and dance routine to ‘Human Nature,’ imitating Michael’s sex appeal with the twirling of his finger.

Without going into great details about the stories and spoiling it for others who may see the show, I can say that every story is told with the utmost respect for Michael and pride in having been his friend, and with that Chris Tucker humour that Michael also loved so much! I have seen and heard others use Michael as part of their ‘Stand Up’ shows, but they seem to come across as merely a ‘comedy’ and sometimes are even disrespectful to Michael. In Chris’s show, every time he opened his mouth and mentioned Michael you could feel the love pour out. Always making the joke more on himself and always laughing with Michael, not at him. A brilliant comedy show with a lot of heart that I recommend to anyone that enjoys laughter and that magical Chris Tucker touch.

But the show wasn’t the end of the night for me for I was lucky enough to meet the star backstage. Being able to thank him in person, firstly, for the great show and then on behalf of MJWN and all the MJ fans, for always having been a real and loyal friend to Michael and for always making Michael smile, was special and made my night complete. A superstar, yes, yet still kind, warm, polite, humble and very welcoming, it was easy to see why Michael loved him.

After the initial formalities, a hug and shaking of the hands, he accepted a plush koala that I handed him with much appreciation. Unlike a real one that he is seen holding awkwardly in a recent photo, I commented to him, “this one is safer and won’t scratch.” “You saw that picture!” he replied. I then took out a photo of him with Michael from ‘You Rock My World’ and you could see his face light up at the mention of his friend and he stated that this particular photo was his favourite and that he loved working with Michael in the video, and what fun they had! He went on to say how he loved Michael dearly and that he was a genius.

To my next remark of “Michael was an Angel”, his exact words back were, “That he was!”

I also showed him a photo I had on me from the time I met Michael and he was curious to know a little about the story behind it. After a conversation about Sydney which was one of his next stops here, and which he mentioned that he had visited back in 1988, instantly making me think of Michael’s ‘Bad’ era.

I thanked him and said my goodbyes, grateful for him having given up some of his time to meet up and talk to me, and share a few words on Michael.

A truly hilarious and unforgettable night with one of Comedy’s finest and one of Michael’s closest friends.

From me and Australia, thank you Mr. Chris Tucker!