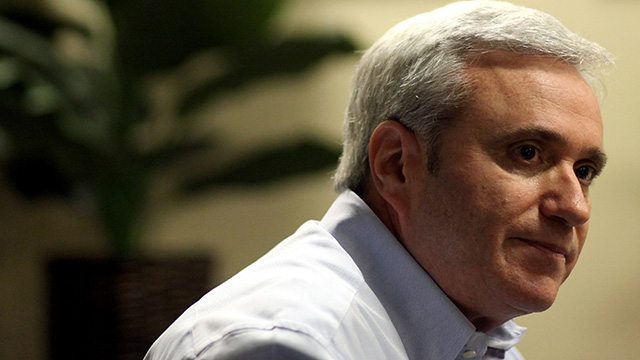 Randy Phillips, co/CEO of AEG Live, is on the witness stand for a fifth day Tuesday, in the Michael Jackson wrongful death trial, which is now in its seventh week.

Randy Phillips wrote two days before Michael died that a doctor who was seeing him “scares us to death because he is shooting him up with something,” court testimony shows.

Randy Phillips’ e-mail could contradict his earlier testimony that he had no idea Michael was getting prescription drugs while he was preparing for his comeback concerts.

Phillips and other AEG Live executives ignored “red flags” that should have alerted them that Michael’s health was at risk as they pressured him and his doctor to stop missing rehearsals as the “This Is It” tour premiere approached in the summer of 2009, Jackson family lawyers argue.

Michael, not AEG Live, chose and controlled Murray, company lawyers argue. Although they negotiated a contract to pay Murray $150,000 a month to attend to Michael, it was never fully executed because he died before they were signed, they say.

AEG executives — including Co-CEO Paul Gongaware, who had managed Michael’s last two tours — had no way of knowing that he was abusing drugs, especially the surgical anesthetic propofol, which the coroner ruled played the largest role in his death, AEG Live lawyers argue.

Murray told investigators he was infusing propofol into Michael nearly every night to treat his insomnia so he would be rested for rehearsals.

On Monday, Panish confronted Phillips about an e-mail exchange that he had two days before Michael’s death in which Phillips was asked if Dr. Arnold Klein was “on the list of doctors that will help get us from today to the opening night.”

“He scares us to death because he is shooting him up with something,” Phillips replied.

Michael Kane, who was Michael’s business manager, shared with Phillips that Klein’s office sent him a $48,000 bill for Michael’s frequent visits to his Beverly Hills dermatology clinic in the months before his death.

“There were a lot of bills for injections, I didn’t know what it was,” Phillips said in his deposition before the trial.

Klein or his staff injected Michael with 6,500 milligrams of Demerol during the last three months of his life, according to documents and testimony at Murray’s criminal trial.

“Since we owe him $48K and he wants payment, maybe I should stop paying him so he would stop shooting him up,” Kane told Phillips. “I have the details of what he is doing.”

It was unclear why Kane would share Michael’s medical records with an AEG Live executive since the company’s lawyers insist they were not involved with and did not pry into Michael’s health care.

“I have watched him deteriorate in front of my eyes over the last 8 weeks. He was able to do multiple 360 spins back in April. He’d fall on his ass if he tried now,” Houghdahl wrote.

Ortega sent Michael home from a rehearsal the night before because of his strange behavior.

“He was a basket case and Kenny was concerned he would embarrass himself on stage, or worse yet — get hurt,” Houghdahl wrote. “The company is rehearsing right now, but the doubt is pervasive.”

Phillips’ testimony about the meeting this week contradicts what he told CNN’s Don Lemon in 2010, just before the first anniversary of Michael’s death.

He testified Monday that it was a “highly charged situation” because of producers’ concerns about his readiness for the show just three weeks away, although he downplayed the drama in the CNN interview.

Contrary to the production manager’s e-mail, Phillips told CNN there was no concern about Michael’s dancing. “You know, there was very little to worry about him performing.”

“Kenny felt that Michael was taking this show a little too nonchalantly,” Phillips told CNN.

Phillips testified Monday that the meeting with Dr. Murray and Michael — which he called “an intervention” in an e-mail — was called to find out what was wrong with him.

But in the CNN interview, Phillips denied it was AEG Live who wanted Murray to be there. “Michael brought him,” he said. “That was Michael’s choice. He brought Dr. Murray into the meeting.”

“Why would Jackson feel he needed his doctor to meet with the concert promoters?” Lemon asked.

“Because he was using Dr. Murray like he would a manager or a representative,” Phillips said. “He wanted him to speak for him.”

“Did that seem odd to you?” Lemon asked.

“No, nothing seems odd in Michael world,” he said.