The Miracle Of March 5th 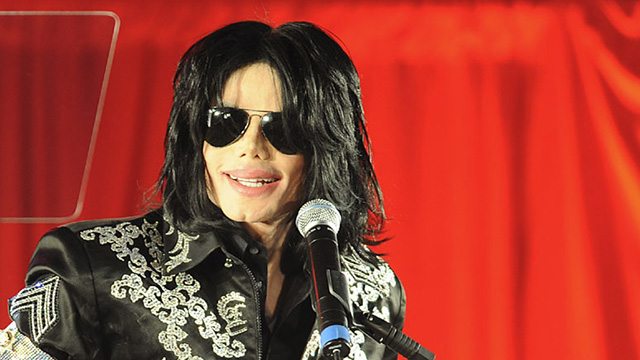 During Randy Phillips sixth day of testimony in  the AEG trial, he spoke of the miracle that happened as Michael stepped up to announce his This Is It concerts.

Michael evolved into the confident superstar as he stepped on stage to announce his comeback concerts, Randy Phillips testified Wednesday.

He was testifying for a sixth day in the Michael Jackson wrongful death trial, and explained why he sent e-mails to colleagues saying what he went through to pull off the London event in 2009 was “the scariest thing I have ever seen.”

Phillips now calls it “The Miracle of March 5th.”

It was a day when Phillips slapped Michael and screamed at him so loud the walls of his hotel room shook, he testified.

Phillips had doubts Michael would show up for the London announcement because he couldn’t reach him a week before the scheduled date. The singer was not returning his manager’s calls because he was upset that Tohme Tohme had planned to auction off some of his belongings. Phillips couldn’t call Michael directly — only through Tohme, he said.

“I was flying blind,” Phillips testified. “I didn’t know what was happening in Michael’s camp.”

Phillips was starting to worry about Michael breaking his contract with AEG Live for his “This Is It” concerts. “If there ever was a time to stop the process,” it was then in late February, he testified. “That’s when we had the least amount of risk and the greatest amount of collateral.”

But Phillips decided to press ahead, even if Michael failed to get on the private jet for London.

He arrived with his children, Tohme, a bodyguard, and a nanny who also did his hair and makeup on March 4, 2009. Phillips, who had to stop in Miami for the launch of Britney Spear’s “Circus” tour, landed in London on March 5, just hours before the press event was set to begin.

Phillips went to the Lanesborough Hotel, where Michael and Tohme had adjacent suites on the first floor. He sat on Tohme’s couch watching CNN while the manager checked on Michael, he testified.

“I was starting to freak out,” after a while, he said. Getting from the hotel to the O2 Arena on the east end of London could take 90 minutes since “traffic is mind-boggling,” he said.

After more waiting, “I am completely freaking out,” Phillips said. “I was in the hallway pacing back and forth.”

“We have a little issue,” Tohme eventually told him, he testified. “Michael got drunk.”

Tohme returned to Michael’s suite, leaving an anxious Phillips in the hotel hallway, he said.

“I had an earpiece in my ear, Blackberry in my hand, and I was typing e-mails at the same time I was talking and receiving e-mails from a lot of very concerned people at the O2,” Phillips testified.

One of those e-mails was to his boss — parent company AEG CEO Tim Leiweke:

“MJ is locked in his room drunk and despondent. Tohme and I are trying to sober him up and get him to the press conference with his hairdresser/makeup artist.”

There were 3,000 fans and 350 news organizations waiting at the O2 for Jackson. “Time was ticking away,” he testified. “I was sweating bullets.”

Phillips eventually talked his way past bodyguard Alberto Alvarez and into Michael’s room, where he saw an empty liquor bottle on the floor by his couch.

“I said ‘Michael, are you OK?'” he said. “He said to me that he was really concerned that there wouldn’t be anyone there and maybe this would be a bust.”

“Trust me, Michael,” Phillips said he told him. “You’re quite wrong. You have over 3,000 adoring fans, many who have camped out over night.”

Phillips helped Michael pick out the black shirt he wore to the event. But he reached his breaking point when Michael could not get his armband fastened to his sleeve. After 10 minutes, the hotel engineer was called to help, he said.

“It was more than I could take,” Phillips testified.

Phillip’s next e-mail to his boss suggested his tone with Michael was anything but soothing:

“I screamed at him so loud the walls are shaking,” Phillips said in another e-mail to Leiweke. “Tohme and I have dressed him and they are finishing his hair. Then we are rushing to the O2. This is the scariest thing I have ever seen. He’s an emotionally paralyzed mess, filled with self-loathing and doubt now that it is show time. He is scared to death. Right now I just want to get through this press conference.”

Phillips vented his frustration with more than words.

“I just slapped him and screamed at him louder that I did with Arthur Cassell,” he wrote to the person waiting outside the hotel with a Ford Expedition SUV and bus to take Mixhael’s entourage to the O2.

Cassell is someone he once screamed at over a booking issue with Lionel Richie, he said in court.

“I slapped him on the butt,” like a football coach would with a player, he testified.

Phillips now takes the blame for letting the situation with Michael get out of control.

“I admit to being a bit of a drama queen,” Phillips testified. “I was so nervous, I created so much tension in the room, you could cut the tension with a knife.”

When they finally began the ride to the O2, Phillips “went into jester mode to try to lighten up the whole thing,” he testified. It became “a very funny ride” with Michael joking. “He was actually quite funny in the van.”

“He kept saying to me ‘You look great, you’ve lost a lot of weight,'” although he was “his heaviest ever,” Phillips said, “After the 10th time, I said ‘Michael, you would have lost weight if you were pacing in the hotel waiting for you to leave.'”

The thousands of fans at the O2 and millions more around the world watched live video from helicopters following Michael’s convoy making its way to the O2.

“That was a godsend,” because it created drama that added to the interest in the announcement, Phillips testified. “In an odd way, it created more anticipation and made it a bigger event as people doubted whether or not it was going to happen.”

Once at the O2, Phillips realized Michael had not written a script. What Michael read off the teleprompter was written by Phillips as he followed Michael to the podium.

“This is it. This is really it. This is the final curtain call. OK, I’ll see you in July.”

As Michael walked up the steps to the stage, embraced by the shouts of love from thousands of fans, his evolution was complete. Phillips likened the change to the “chart of homo sapiens.”

“He start a little hunched over and when he went through that curtain, there was Michael Jackson,” Phillips said.

Michael “was elated” with the reception and immediately flew back to the United States to begin preparations for his comeback concerts set to start four months later, he said.

A week before the singer was scheduled to return to London, he was dead.