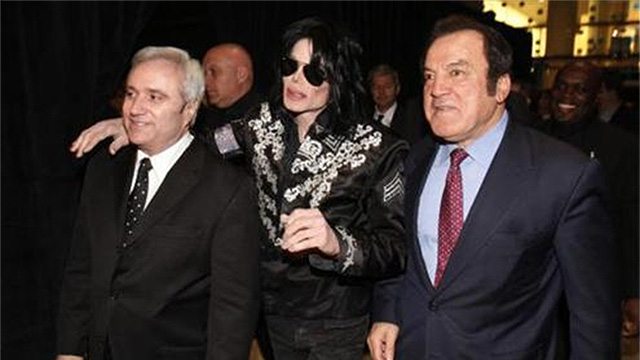 AEG was paying Thome Thome, Michael ‘s manager, $100,000 a month, an arrangement that an attorney on Tuesday suggested was unusual and possibly a conflict since managers were typically supposed to represent their clients.   Brian Panish, an attorney for Michael’s mother and children, showed the jury a contract that manager Tohme Tohme signed with AEG that said he was supposed to assist the company.   But Randy Phillips, AEG Live’s chief executive, testifying for the fifth day, said he didn’t think there was a conflict because Michael also signed the agreement.

He said the money was an advance to Michael but that Tohme, who was named in a claim filed by Michael’s estate, was never paid.   Phillips also said he didn’t know of any similar agreements AEG had with performers’ managers.   In an email at the time Jackson was preparing for his “This Is It” comeback concerts, an AEG lawyer said she had questions about whether Tohme was “the real McCoy” and suggested the company hire a private investigator to do a background check on Tohme  “and/or at a minimum, that someone at AEG Live meet with Michael to make sure he understands that we are entering into a tour agreement with him that will require him to perform a worldwide tour….”   Phillips expressed some of the oddities of dealing with Tohme when he testified before the state labour board in the sometime manager’s claim against Jackson’s estate. “Dr. Tohme was not a traditional music manager,” Phillips said at the hearing.   “I don’t even know where his office was other than the bar at the Bel-Air hotel.”

Still, Phillips said he thought Tohme did a “phenomenal job” for Michael.  “He is a good guy who has done miracles for MJ, just not a manager,” he wrote in an email.

“He would change his mind. He wanted different things at different times. He changed representatives like we change socks.”

Phillips testified you needed a “score card” to keep track of Michael’s shifting group of representatives.

Philips reiterated the problem in a June 2, 2009, email, amid  rehearsals for Michael’s 50 concerts in London.

“…. Getting MJ to focus is not the easiest thing in the world and we still have no lawyer, no business manager, or, even, a real manager in place. It is a nightmare!” he wrote.