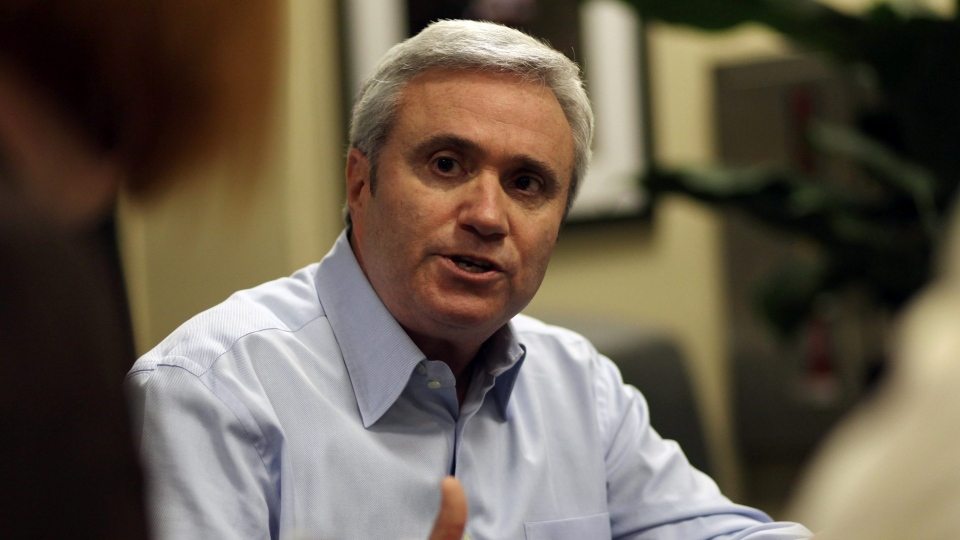 Los Angeles (CNN) — AEG Live’s CEO said he “slapped” and “screamed” at Michael Jackson because the promoter was “nerve-racked” before the public announcement of Jackson’s comeback concerts.

Randy Phillips, testifying in the Jackson wrongful death trial, recounted that it was “a miracle” that a “drunk and despondent” Michael finally appeared at the London event.

Phillips, who faced a fourth day of questioning Monday, described “a highly charged situation” after the show director, production manager and Michael’s doctor observed that the singer was declining just five days before his death.

Phillips and other AEG Live executives ignored “red flags” that should have alerted them that Michael’s health was at risk as they pressured him and his doctor to stop missing rehearsals as the “This Is It” tour premiere approached in the summer of 2009, Jackson family lawyers argue.

Phillips acknowledged for the first time on Monday that he was aware of concerns that Michael was not getting enough sleep when he and show director Kenny Ortega met with Murray and Michael Jackson on June 20, 2009.

The meeting in Michael’s living room was called after Ortega sent him home from a rehearsal because he was to ill to perform.

Ortega raised his concerns at the meeting, Phillips said in a video of his deposition played for jurors Monday. “He said he was concerned Michael wasn’t focused, wasn’t taking it seriously enough. He was concerned whether he was getting enough food, enough sleep, things like that.”

After the meeting, Phillips wrote to other AEG executives, “We have a real problem here.”

“But I didn’t know what the problem was,” he testified Monday.

Murray “pretty much assured us that Michael Jackson was fine,” Phillips said.

It was agreed at the meeting that Murray would be responsible for getting Michael to rehearsals, he said.

“Other than being Michael Jackson’s physician, no,” he said.

When Phillips spoke to Murray for 25 minutes the morning of June 20, 2009, the doctor told him that Michael was “physically equipped to perform” at rehearsals, but “if we stop the production, it would hasten the decline,” Phillips testified.

“Please stay steady,” Phillips wrote to Ortega about the show director’s concerns. “Enough alarms have sounded. It is time to put out the fire, not burn the building down.” By “burning down the building,” he meant pulling the plug on the tour that was set to begin in three weeks, Phillips said Monday.

“In a highly charged situation like this, I just wanted to keep things calm until we could have the meeting,” Phillips testified.

The judge wouldn’t let jurors hear that Phillips sent an e-mail after Michael’s death to the head of Sony Pictures saying that Murray had spent time in a strip club in the days before  Michael died. Instead, Panish described it as visits to a “social establishment.” Laughter from the jury box suggested the jurors understood what that meant.

“Did you learn that Dr. Murray wasn’t at the house caring for Michael Michael?” Panish asked.

“After his death, I learned,” Phillips answered.

Michael made a highly publicized announcement in 1993 that he was ending his “Dangerous” tour early to enter a substance abuse rehab program because of an addiction to painkillers.

Phillips said he didn’t learned about it from a December 2008 news story focusing on Michael’s drug abuse and rehab, even though he sent it in an e-mail to his manager saying: “Have you read these stories? This reporter did a lot of research.”

Phillips began worrying about Michael backing out of the concert tour just a month after he signed the contract with AEG Live to promote and produce it and more than a week before the announcement.

“I was worried that we would have a mess, his career would be over,” Phillips testified. “There were a lot of things I was worried about.”

But instead of pulling the plug then, before millions of dollars were spent, AEG Live chose to force Michael to continue.

“Once we go on sale, which we have the right to do, he is locked,” Gongaware wrote to Phillips.

Michael, his children and manager Tohme Tohme boarded a private jet for the London announcement, but he was not ready when Phillips went to his hotel suite to escort him to the O2 Arena.

“MJ is locked in his room drunk and despondent. Tohme and I are trying to sober him up and get him to the press conference with his hair/makeup artist,” Phillips told parent-company AEG CEO Tim Leiweke in an e-mail.

Phillips testified it was “a very tense situation” and “frankly, I created the tension in that room. Because I was so nerve-racked, OK, the time slipping away, and his career slipping away.”

AEG was hosting thousands of Jackson fans and hundreds of journalists for the anticipated announcement, which would be seen live around the world.

“I screamed at him so loud the walls were shaking,” Phillips wrote to Leiweke. “Tohme and I have dressed him, and they are finishing his hair, and then we are rushing to the O2. This is the scariest thing I have ever seen. He’s an emotionally paralyzed mess, filled with self-loathing and doubt now that it is show time. He is scared to death. Right now I just want to get through this press conference.”

Phillips e-mailed a man who was waited outside the hotel with a convoy of vehicles that he put Michael in a cold shower and “just slapped him and screamed at him.”

In court, Phillips downplayed his words as “an exaggeration.”

“I slapped him on the butt,” he testified, comparing it to what a football coach would do to a player.

Jackson arrived at the 02 more than two hours late to announce: “This is it. This is really it. This is the final curtain call. OK, I’ll see you in July.”

“Now I have to get him on the stage. Scary!” Phillips wrote in an e-mail to another promoter.

Jackson  family lawyers contend this fear led AEG Live executives to take control of Michael’s life as he prepared in Los Angeles to premiere the tour in London July 2009.

Show producers sent warnings in mid-June that Michael’s health appeared to be failing.

Associate producer Alif Sankey testified earlier in the trial that she “had a very strong feeling that Michael was dying” because of his frail health.

She called show director Kenny Ortega after one rehearsal. “I kept saying that ‘Michael is dying, he’s dying, he’s leaving us, he needs to be put in a hospital,'” Sankey said. “‘Please do something. Please, please.’ I kept saying that. I asked him why no one had seen what I had seen. He said he didn’t know.”

After Michael failed to show up at several rehearsals in June — or was unable to perform sometimes when he did appear — Gongaware sent an e-mail to Phillips that Jackson family lawyers call their “smoking gun.”

They argue the message shows the executives used Murray’s fear of losing his lucrative job as Michael’s personal physician to pressure him to have Michael ready for rehearsals despite his fragile health. “We want to remind (Murray) that it is AEG, not MJ, who is paying his salary. We want to remind him what is expected of him,” Gongaware wrote.

However, Phillips convened what he called “an intervention” at Michael’s home with Murray, Michael and Ortega present.

A Los Angeles police detective summarized what Phillips told investigators about that meeting: “Randy (Phillips) stated that Kenny (Ortega) got in Michael’s face, at which time Dr. Murray admonished Randy, stating, ‘You’re not a doctor. Butt out.”

Asked about it in court, Phillips said the detective’s summary is wrong. “That’s not what I said,” Phillips testified. “I told them something completely different than this. They just conflated the people and the things.”

What actually happened was Murray “got into and admonished Kenny Ortega not to be an amateur physician and analyze Michael,” Phillips said.

Phillips sent an e-mail after the meeting saying he had confidence in Murray, “who I am gaining immense respect for as I get to deal with him more.”

“This doctor is extremely successful (we check everyone out) and does not need this gig, so he (is) totally unbiased and ethical,” Phillips’ e-mail said.

He conceded in court that no background check of Murray was conducted by AEG Live. Jackson lawyers argue that had it been done, they would have discovered Murray was in deep debt and dependent on the lucrative job.

Phillips contradicted Gongaware’s earlier testimony that Jackson was under no contractual obligation to attend rehearsals. Phillips refused to advance money to help Jackson pay his staff days before his death because he believed the singer was “in an anticipatory breach” of his contract because he had missed rehearsals, he testified.

Phillips acknowledged that he and his lawyer met with Michael’s former manager Tohme — another key witness in the trial — last month. The meeting happened in the Polo Lounge at the Beverly Hills Hotel on May 4, at the end of the first week of testimony.

“I don’t remember if it was the testimony in this case or what the lunch was about, but Marvin Putnam (AEG’s lead lawyer in the trial) was at the lunch with me,” Phillips said when asked about it by Panish.

He couldn’t remember “100%” but they may have discussed Tohme’s legal battle to get paid by Michael’s estate, he said.

“I don’t remember what I ate that day,” Phillips said.

“I can’t jail somebody for not answering a question,” Palazuelos said when Panish complained Phillips was being evasive. “There’s only so much I can do.”

She warned Phillips that jurors would see it for themselves.

“You give an answer, and you’re not answering the question, the jury is going to get the impression that you’re being evasive.”

“I realize that,” Phillips said.