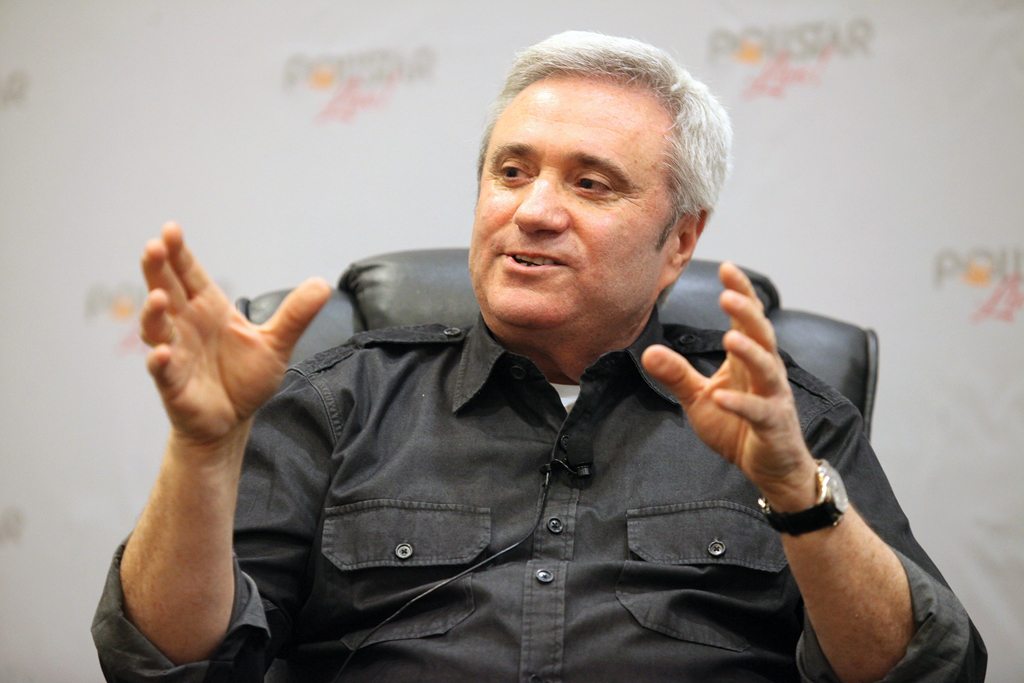 The head of AEG Live told a jury on Monday that he believes a lawsuit filed by Michael Jackson’s mother against the concert promotion company was a baseless extortion attempt. Phillips is the highest-ranking AEG executive to testify in the case, now in its sixth week.

Phillips said he agreed with statements attributed to him and defense attorney Marvin S. Putnam that the case was a shakedown.

‘‘Yes or no, answer? Yes,’’ Phillips said in response to a question by Katherine Jackson’s attorney Brian Panish.

Phillips is the highest-ranking AEG executive to testify in the case, now in its sixth week.

He will likely be asked about numerous emails he sent and received about Michael’s health in the final weeks of his life, as well as any interactions he had with former cardiologist Conrad Murray.

Phillips’ testimony came after several days of often tense testimony from AEG Live executive Paul Gongaware, who told jurors he did not remember numerous details about Michael’s rehearsals and emails he sent about the singer.

Panish sparred with Gongaware, and pointedly questioned Phillips, whom he called to the stand as a hostile witness. Panish asked Phillips whether he was eager to tell his side of the story.

‘‘I believe you called me as a witness, so I’m here,’’ Phillips said flatly.

Panish at one point asked the executive whether he was familiar with the music industry.

‘‘Familiar with the music industry? I was working in it,’’ Phillips replied.

When the executive appeared to crack a smile, Panish asked if he thought the proceedings were funny.

Panish grilled Phillips over a June 2008 email he sent to an outside business contact, asking multiple times about a line stating that Jackson “needs to be controlled as much as possible.” Phillips said he was referring to Michael’s out-of-control spending.

Randy Phillips, disclosed that his lawyers advised company executives not to review old e-mails before testifying. That strategy could explain the high number of “I don’t recall” answers by Paul Gongaware, the concert promoter’s co-CEO, during his deposition and six days of testimony that have just concluded.

Phillips, who followed Gongaware on the witness stand Tuesday afternoon, said he believed Michael’s mother and three children were trying to extort money from his company, which he insisted bears no liability in the pop icon’s death in 2009.

AEG lawyers contend Michael chose, paid and controlled Murray, who infused him with the surgical anesthetic propofol almost every night for a month to help the singer rest as he prepared for his comeback ‘This Is It’ concerts.

Jackson lawyer Brian Panish, who has been previously told by the judge not to argue with witnesses, quickly tangled with Phillips.

“Please don’t argue with me because then I will argue back and get in trouble,” Panish told Phillips at one point.

“Then that’s an incentive for me,” Phillips joked.

The feisty chemistry between lawyer and witness promises to keep jurors, who often chuckle at Panish’s courtroom behavior, on the edge of their seats for the next day or so.

Gongaware’s testimony was punctuated with so many “I don’t recall” responses that jurors began laughing at one point. He frequently said he couldn’t recall sending or reading key e-mails in the case, although his e-mail address was on them.

Panish asked Gongaware whether he thought it would have been better for him if he had reviewed documents and e-mails before testifying.

“I relied on the advice of my attorney,” he said.

With his testimony concluded, Gongaware will resume his responsibilities as tour manager for the Rolling Stones.

“All this legal stuff, I don’t understand it,” he said.

Phillips, a law school dropout, seemed ready to rumble when he entered court after Gongaware. But he acknowledged that until two weeks ago, he had not looked at any of his old e-mails to refresh his memory.

“They felt it would be better if I went in without preparation,” he said, referring to his lawyers.

AEG Live lawyer Marvin Putman said outside of court that the volume of documents they would have needed to review was massive, making it impossible for them to prepare.

E-mails that AEG Live executives sent and received in the months before Michael’s death include one in which Phillips assures show director Kenny Ortega that the company has “checked out” Murray and found him to be very successful.

AEG Live executives later acknowledged they did not do a background check on Murray, who a police detective testified was in debt for more than $1 million dollars and faced foreclosure on his home.

Phillips, Gongaware and other AEG Live executives ignored red flags that should have alerted them that Michael’s life was in danger, the Jackson’s lawsuit contends.

Murray signed and faxed his $150,000-a-month contract back to AEG Live, but with Michael’s death the next day on June 25, 2009, Phillips didn’t sign it. AEG lawyers argue that means it was not a fully executed agreement and Murray was never hired by them.