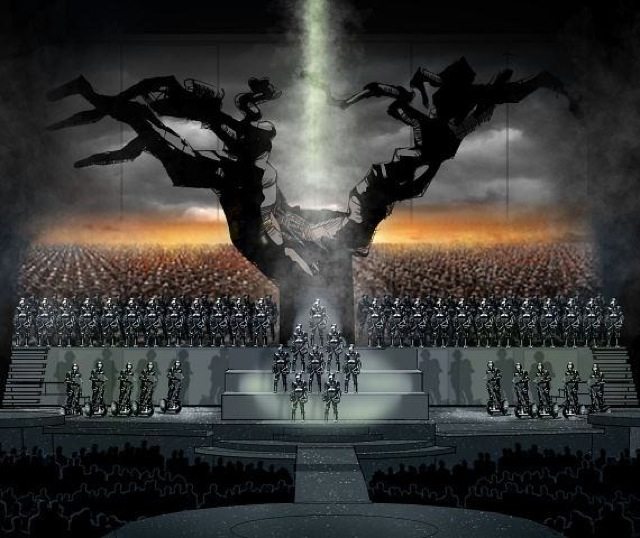 Cirque Du Soleil’s ‘Michael Jackson – The Immortal World Tour’ dates have now been announced. They arrive in Australia in September, Brisbane in October and Melbourne on Oct. 13th.

“The Estate of Michael Jackson and Cirque du Soleil announced today that ‘Michael Jackson The Immortal World Tour’™ will arrive in Australia in September this year, in Brisbane in OCTOBER. This once-in-a-lifetime electrifying production uses Cirque du Soleil creativity to give fans worldwide a unique view into the spirit, passion and heart of the artistic genius who forever transformed global pop culture. Written and directed by Jamie King, the show includes 49 international dancers, musicians and acrobats. Since its world premiere in Montreal in October 2011, the enormously successful arena production has thrilled audiences across North America, Europe and Asia.

Cirque Club members currently have exclusive access to purchase presale tickets online at www.cirqueclub.com. Starting Friday 31 May at 10am, tickets will be available to the general public here, or by calling 132 849. Tickets range from $89 to $189 each.

‘Michael Jackson The Immortal World Tour’ is a riveting fusion of visuals, dance, music and fantasy that immerses audiences in Michael’s creative world. Aimed at lifelong fans as well as those experiencing Michael’s creative genius for the first time, the show captures the essence, soul and inspiration of the King of Pop, celebrating a legacy that continues to transcend generations.

THE IMMORTAL World Tour takes place in a fantastical realm where we discover Michael’s inspiration and the wellspring of his creativity. The secrets of Michael’s inner world are unlocked—his love of music and dance, fairy tale and magic, and the fragile beauty of nature.

Writer and Director Jamie King is a multiple Emmy Award® and MTV Video Music Award® nominee and has choreographed some of the most popular music videos and directed some of the highest-grossing concert tours of all time. For the past 12 years, he has served as Madonna’s creative director, and most recently directed world tours for Rihanna, Celine Dion, Spice Girls and Britney Spears. King has worked with an array of superstars including Ricky Martin, Christina Aguilera, Mariah Carey, Shakira, George Michael, Elton John, Diana Ross and Jennifer Lopez. This is Jamie’s first show with Cirque du Soleil.”

To read more information about the show, performance dates, plus the people who make it what it is please click here.

Source: international.to & MJWN, with thanks to Paula