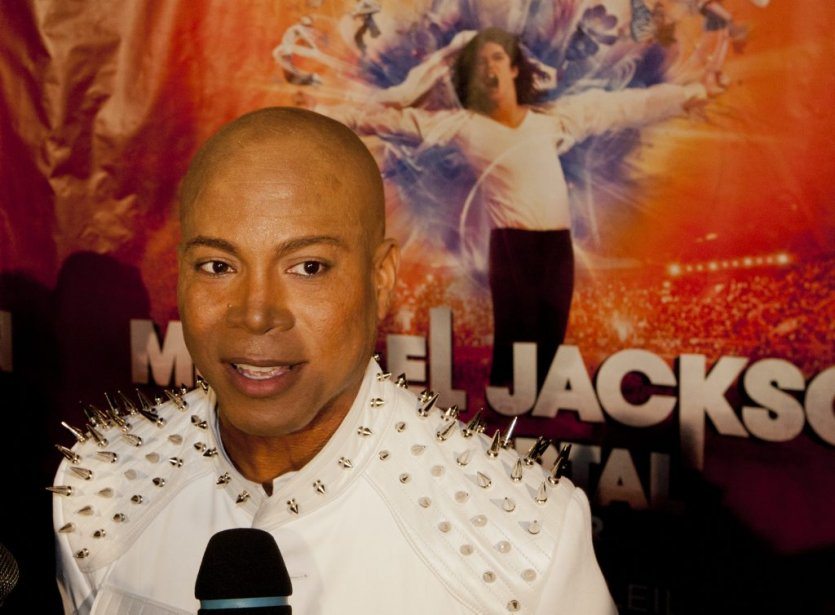 “MJ told me he wanted to sing all the songs live,” Travis said. “He had not done that in the past.” Some songs were vocalist tracked 2 assist.  Because there was inconsistency with MJ appearing at the rehearsal, production was concerned they would not meet their goals.

He testified that production wanted MJ to be more in attendance with all the cast, rather than just MJ rehearsing by himself at his house. “He seemed very tired, we all were,” Travis said.

‘Drill,’ was the last thing they worked together, Travis said. Michael had a great love for military precision. He said MJ’s dancing seemed fine to him. He said they were working on things created decades before to make them age appropriate, dynamic.

Travis said he had meals with MJ. He said MJ’s appetite depended on the day. “Customarily, we would see each other every day,” he said. Rehearsal with MJ was scheduled five days a week.

MJ told Travis he expected him to be in every show. He wanted him to take notes to make sure show was as perfect as possible.

Travis said they started rehearsing after the press conference, and stopped the day before MJ died. He spoke with MJ everyday. Bina showed an email Travis wrote. It said MJ was very persistent about having a torch, a concept that meant a lot to Michael.

They auditioned 5,000 dancers, MJ chose the final ones. Travis said MJ chose the band director also. He said “Everything started with Mr. Jackson, always. As his support team, we would contribute with ideas. MJ had the final word.”

‘This Is It’ was a partnership with AEG. Travis said this new way of doing business would revolutionize the way tours were done. He said he found out that his role would not include dancing, he would choreograph and would be the associate director in ‘This Is It.’

“He looked fine to me health wise, I thought he was thinner from what I have seen him in the past, but nothing alarming,” he recalled.

He said he knew MJ was excited about the tour and his children, to share this experience with them. He met with MJ in late March/2009. Payne didn’t personally meet with MJ until after the press conference announcement. He said he was excited to work with him again.

He said he worked with Kenny Ortega for many years. He and Ortega were in Vegas when MJ called Ortega asking him to work on a new project.

He said he never saw MJ take drugs, medication or alcohol. “Nothing.” Travis said he knew there were physicians tending to MJ, only ones he personally met were Dr. Klein and Debbie Rowe. Travis said: Michael had an incident, appeared to faint, we were asked to leave the theater and were told later the show was not going to happen.

He worked with MJ in the ‘One Night Only’ show, one time performance by MJ and dancers in New York. The show never happened. He said MJ rehearsed with the dancers and separately. Dancers would get up to speed in the beginning, MJ was good at giving space to learn.

Rehearsals for ‘HIStory’ tour were very extensive, Travis said. He was involved with selecting dancers, ideas for costumes and whatever needed.

He worked with MJ in ‘Ghost’ in 1995/96, then ‘HIStory’ tour, other TV shows and commercials and culminated with ‘This Is It.’

“In the ‘Dangerous’ tour I was ecstatic! I was working with my idol,” Travis described. During ‘Dangerous’ the relationship with MJ grew. Travis said all he knew pain was an on going issue for MJ since the Pepsi commercial accident.

The next time he worked with MJ was in the ‘Dangerous’ tour as dancer and choreographer. He worked with MJ first time in 1992 as a dancer in the short film ‘Remember The Time.’