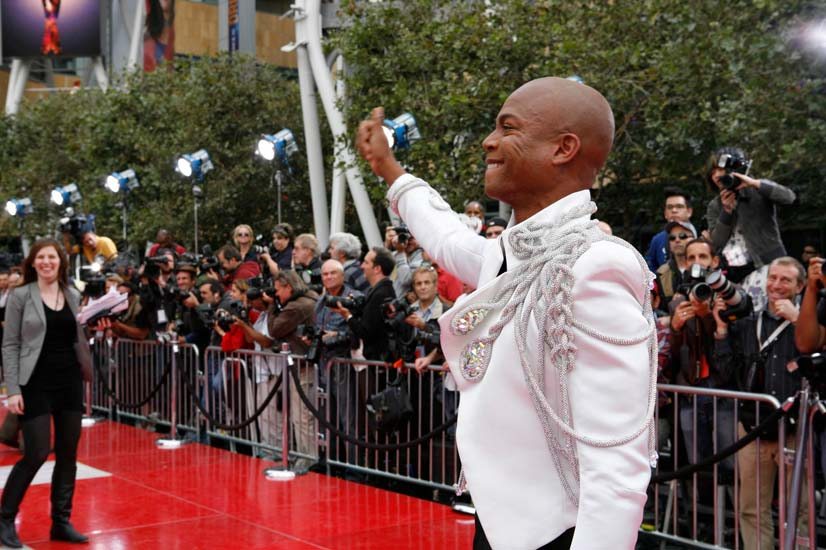 On day eleven of Katherine’s V AEG trial, Travis Payne returned to testify again, wearing a black jacket with an MJ insignia.  Katherine and Rebbie are in court.

Travis said AEG didn’t want to pay what he regarded as his standard operating cost. Michael told AEG to pay him what he and his agent requested.

He went on to say that he was concerned that Michael had missed some rehearsals. He didn’t know why he wasn’t showing up, but MJ was also working on an album and book.

Travis said Michael explained to him he had trouble sleeping. He was not sure how much weight MJ had lost. He told the jury he advised MJ he was looking thin and MJ said he was getting down to his fighting weight. “I had no reason to doubt him,” he said.

Travis remembered that there was one day when MJ was cold. He thought the frustration had MJ on edge, but he took it that he was fighting a cold. “There were times he was tired and had to be not convinced but supported,” Travis recalled. He said that in April, May, June MJ missed 5 rehearsals with the whole group. He said one time Ortega sent MJ home.

Jessica Stebbins Bina (for AEG) showed an email from Kenny Ortega to Paul Gongaware on Jun 14, “We’re you aware that MJ’s doctor didn’t permit him to attend rehearsal yesterday?”

Another part of the same email chain, from Gongaware: “Frank and I have discussed it already and have requested … a face-to-face meeting with the doctor… We want to remind him that it’s AEG not MJ who’s paying his salary.” Gongaware email: “We want him to understand what is expected of him. He has been dodging Frank so far.”

Travis said his understanding was that AEG was paying Dr. Murray’s salary not Michael. The doctor was there to oversee many things, he said, and went on to explain he didn’t have much of reason to question Dr. Murray, since he thought that a doctor selected to work with MJ, would be top notch.

Travis said he met Murray at the Carolwood house. “I was going up the steps, Dr. Murray going downstairs, Michael introduced us.”

Later after jurors had left, Judge Palazuelos said she sustained an objection by the plaintiffs and will not allow the defense to use Dr. Murray’s interview with by June 25, Travis said MJ had not developed the goal of singing and dancing at the same time. He resumes testimony tomorrow morning.