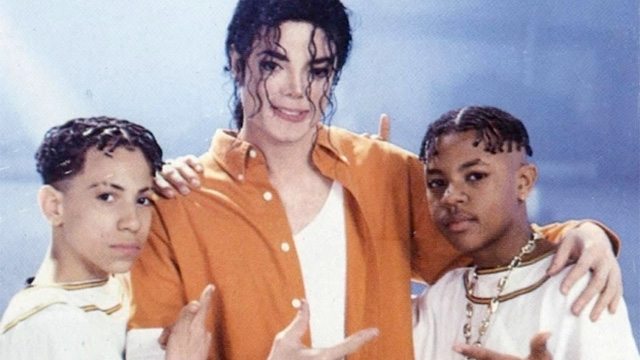 Chris Kelly, one half of the 1990s rap duo Kris Kross, has died in an Atlanta hospital at the age of 34. Kelly had been found “unresponsive” at his home on Wednesday, local media reported.

Kris Kross was made up of Kelly, known as “Mac Daddy”, and Chris “Daddy Mac” Smith. They are most widely remembered for their 1992 hit ‘Jump.’

They had performed in February to celebrate the 20th anniversary of the So So Def label that signed them. The duo, who famously wore their trousers backwards and extra baggy, were just 13 when they were discovered in an Atlanta mall.

A joint statement released on Wednesday by So So Def and Kelly’s mother, Donna Kelly Pratte, called him “kind, generous and fun-loving.” “It is with deep sadness that we announce that our beloved Chris Kelly has passed away on May 1,” the statement read.

“To millions of fans worldwide, he was the trend-setting, backward pants-wearing one-half of Kris Kross, who loved making music. But to us, he was just Chris – the kind, generous and fun-loving life of the party. Though he was only with us a short time, we feel blessed to have been able to share some incredible moments with him. His legacy will live on through his music.”

Police were called to Kelly’s home at around 16:30 local time on Wednesday, from where he was taken to the Atlanta Medical Centre. He was pronounced dead around 17:00. There was no official confirmation of the cause of death. An autopsy is due to be held on Thursday.

“It appears it may have been a possible drug overdose,” Cpl Kay Lester, a spokeswoman for the Fulton County police, told the Associated Press.

Debut track ‘Jump’ was Kris Kross’s first and most successful song, leading to instant fame for the teenage duo. Written by Grammy-winning producer Jermaine Dupri, the single topped the charts in the US and reached number two in the UK in May 1992. It remained at number one in the US for eight weeks, selling four million copies.

In an interview reprinted on the Billboard website, Dupri remembered the pair being “real fresh” when he first met them. “People were paying attention. I said, ‘If you have that captivation over people right now, if you had a record out, this might be ridiculous.'”

Kris Kross went on to release their multi-platinum debut album, ‘Totally Krossed Out,’ and subsequently toured with Michael Jackson. They were part of Michael’s ‘warm-up’ set and they had the whole of Wembley stadium – jumping!!!!!

But though they had some success with hits such as ‘Warm It Up’ and ‘Tonite’s tha Night,’ they were never able to match the huge success of their first song. Kris Kross released two more albums in the 1990s before Kelly and Smith went their separate ways.

In 2009 reports surfaced that Kelly had cancer. But the singer denied he was ill, claiming he had suffered hair loss because of alopecia.

“My health is good,” he said in a TV interview at the time.

MJWN extend sincere condolences to his family and friends.