Opening Statements On Day One 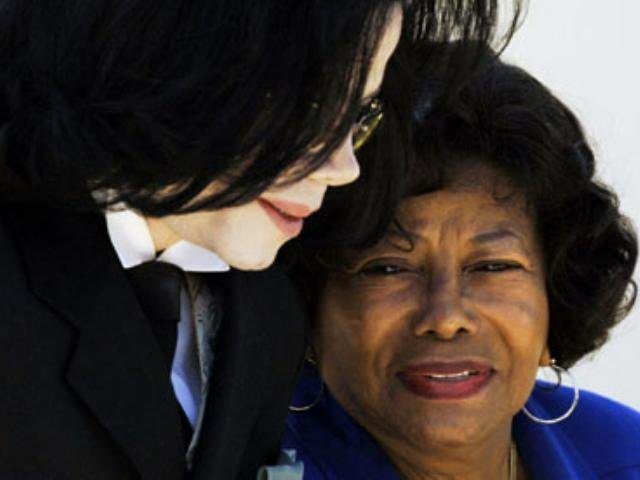 In his opening statements today, attorney Brian Panish, who is representing Katherine Jackson in her wrongful death lawsuit against AEG Live, told jurors that officials with the concert promoter were so focused on beating the competition with Michael’s ‘This Is It’ tour, that they relentlessly pushed him to perform despite numerous warning signs about his health, and negligently hired Dr. Conrad Murray, the man convicted of involuntary manslaughter for giving Michael a fatal dose of the anesthetic propofol.

“They wanted to be No. 1 at all costs,” Panish said. “We’re not looking for any sympathy… We’re looking for truth and justice.”

With Michael’s mother, brother Randy and sister Rebbie seated in the front row of the courtroom, jurors were shown numerous slides and several scribbled notes. A couple of jurors nodded when the lawyer referenced Michael’s achievements, including successful concert tours and a Super Bowl performance.

Katherine Jackson dabbed her eyes after Panish read a note that her son wrote to her, detailing his feelings about her. “All my success has been based on the fact that I wanted to make my mother proud,” the singer’s note to his mother said, “to win her smile of approval.”

Panish detailed Michael’s prescription drug abuse history, saying the singer regularly used demerol and propofol, and that “people who knew him believed he had a problem with prescription medication.”

“Michael Jackson’s stirring voice, his musical genius, his creativity and his generosity and his huge heart was extinguished forever,” Panish said. “You’re going to hear the whole story about what happened in the death of Michael Jackson.”

He said AEG Live ignored red flags when it hired Conrad Murray and should have been aware that the singer had addiction problems years before he agreed to perform the concerts. Panish said AEG Live failed to do proper background checks on Murray, who asked for $US5 million to care for Michael. Background checks would have revealed Murray was in debt and was a cardiologist even though Michael had no known heart issues, Panish said.

“When a red flag comes up, do you turn away or do you look into it?” Panish said. “AEG ignored the obvious red flags and they hired Dr. Murray.”

Michael’s mother, Katherine, is suing privately held AEG Live, promoters of a never-realised series of comeback concerts by Michael, for negligence in hiring Dr. Conrad Murray as his personal physician.

Murray, convicted in 2011 for the involuntary manslaughter of Michael with a propofol overdose, was caring for the singer as he rehearsed in Los Angeles for a series of 50 ‘This is It’ shows in London in 2009.

An attorney for the concert promotion company AEG Live warned jurors they would see a very different view of the charismatic Michael Jackson, as the company seeks to prove it was not liable for the pop star’s death.

Marvin Putnam, making his opening statement in what is expected to be an emotional wrongful death trial, said AEG officials had no idea that Michael was taking the surgical anesthetic that led to his death. He said the three-month civil case would bring to light “some ugly stuff” about the singer’s private behaviour.

“The public Michael Jackson was very different from the private Michael Jackson,” Putnam said. “He erected a wall between himself and his family. Even his family wasn’t sure what was going on at the house. He kept those who might have been able help him at a distance.”

He said Michael had been using the powerful anesthetic propofol for years to help him sleep “and almost no one knew. AEG, like everyone else, was an outsider,” Putnam said. “They had no idea. It was going on behind locked doors.”

AEG Live contends that it did not hire or supervise Murray, saying that a proposed contract with him was never executed. The concert promoters also have said they could not have foreseen that Murray posed a danger to Michael.

“This case is about the choices we make and the personal responsibilities that go with that,” Putnam said on Monday.

Katherine Jackson, 82, along with her children Randy and Rebbie, were among family members attending Monday’s packed opening of the trial. Michael’s three children, who could be called as witnesses later, were not there.

Panish said Michael had known problems with prescription drug addiction, dating back to use of the painkiller Demerol following a burn injury, when he was shooting a Pepsi commercial in 1984.

In the days before the trial began, Panish denied the Jackson family is seeking $US40 billion in damages from AEG Live, as some media had reported this month. The final amount will be determined by the jury, should it hold AEG Live liable for negligence.

A group of Michael’s fans gathered outside the court, saying they were hoping for justice for the ‘King of Pop.’

Michael fan Julia Thomas, 40, an office worker from Colton, California, said she hoped the trial would demonstrate what she said were the wrongs AEG Live committed against Michael.

“They’re about to be exposed because they bullied Michael, they stressed him into the grave to the point that he needed sedatives to sleep,” Thomas told Reuters.