‘The Trials Of Michael Jackson’ 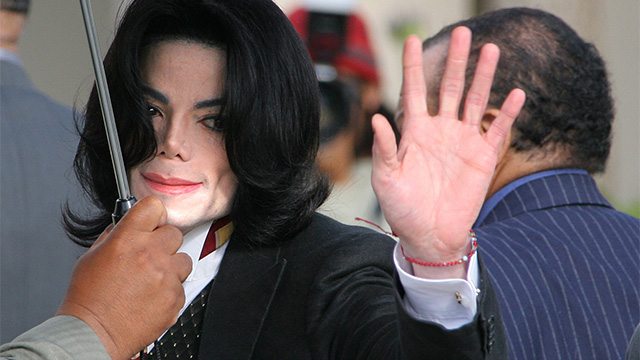 ‘The Trials Of Michael Jackson’ is a 2006 title that was published swiftly following Michael’s 2005 acquittal. With promises of revelations of secret forces, events and conspirators that brought about the downfall of a megastar, this book lures readers in with its premise of unknown and revelatory information. However, the reality of ‘The Trials Of Michael Jackson’ is that it provides little more than conjecture and longwinded tangents that can leave you exasperated, far from the story you thought you would and should be reading and often asking; “Where is Michael Jackson in this book?”

Written by Lynton Guest, who has previously authored five books on football, it therefore seems somewhat incongruous that he would then produce a book on Michael Jackson. Indeed when Guest himself admits in the course of the book;

“I can’t say for certain exactly why the case of Michael Jackson so caught my imagination?”

So, he perhaps has an agenda of his own, it all contributes to the general air of a cash-in that circulates around ‘The Trials Of Michael Jackson.’ Further undermining the authority of the author is his chosen portrait that features in the back of the book. I’m sorry, but I can hardly bring myself to trust the words of someone who chooses to present a picture of themselves with a cigarette hanging distastefully from their mouth. It’s just a tad unseemly and somewhat unprofessional.

The content of the book itself is incredibly frustrating. When a book carries the name ‘Michael Jackson’ in the title one would expect him to be the main attraction. However, he serves as nothing more than the peg that this book precariously hangs upon. The majority of this book and its narrative are made of off topic deviations that ramble on for so long I often found myself checking the book cover to make sure that I was even reading a book purportedly about Michael Jackson. The in-depth history of Sony is turned into a painfully drawn out and dry history lesson, but at least it eventually becomes relevant to Jackson. However, it was difficult to tolerate unrelated tales about independent British record labels and stories about Guest’s time in 60s pop group Love Affair.

I’ve read this book so you don’t have to, so I feel obliged to deliver the one significant theory this book puts forward. Guest presents the notion that Sony in fact wanted Michael Jackson and his finances to be destroyed by the child abuse accusations and trial of 2005, so that they could seize Michael’s portion of the ATV catalogue and the rights to his own songs. There. I’ve just saved you a rather aggravating read!