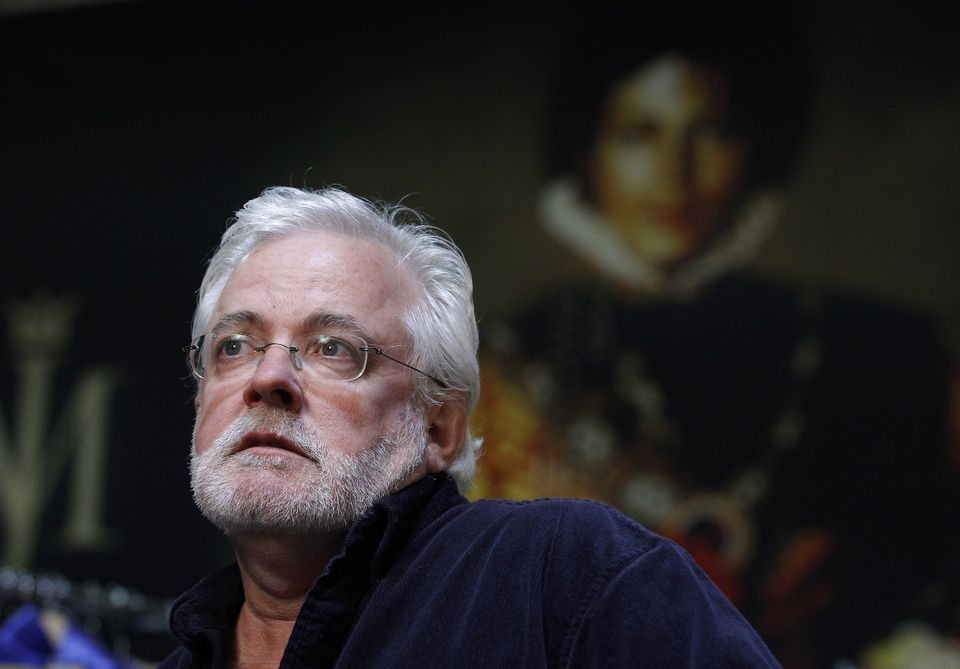 ‘Bath in Fashion’ is offering Bath Chronicle readers the chance to get two tickets for the price of one, to see Michael Bush in conversation with Ali Vowles of BBC’s Points West, on Saturday April 20, at The Guildhall, Bath.

Mr. Bush is famous for his work creating the flamboyant stage costumes for Michael Jackson for a quarter of a century. He will be presenting a talk on his work as a designer as well as signing copies of his new book ‘The King of Style, Dressing Michael Jackson.’ Michael Bush who spent 25 years (along with his late partner, Dennis Tompkins) designing iconic outfits for Michael will be at The Guildhall, in the heart of Bath, to share his experiences.

“Michael’s image was as much a work of art as the man himself. Through his music, dance, and fashion, he created a mystique that engaged the senses and intoxicated the soul. Michael was the visionary of his style, and we were members of his cadre: a team of creatives that he personally assembled to help him bring his idea of himself into physical reality. The protectors of his presentation, we, as his personal stylists and exclusive designers for close to twenty-five years, learned through a unique creative process how to channel Michael’s thoughts, wishes, and philosophies to create clothing that would symbolize what he stood for. Dressing Michael Jackson is the first-ever pictorial compilation of the evolution of that process — a visual adventure of our work together.

‘The King of Style’ is a collectable, commemorative masterpiece designed to offer fans a glimpse of a side of Michael that they didn’t know before. Through our working relationship and friendship with Michael, we are able to share his personal philosophies, which were always reflected in his style. In The King of Style, stunning never-before-seen photographs are accompanied by endearing untold stories to capture Michael’s true essence.”

For 25 years, Los Angeles based costume designer Michael Bush, together with his partner Dennis Tompkins, who passed away in December 2011, created most of Michael’s personal and concert tour wardrobes — tens of thousands of original pieces.

Tompkins began his entertainment career as an ice dancer, and worked in the costume department at ABC on shows such as ‘General Hospital.’ Tompkins was working on the 1985 production of ‘Captain EO,’ a science fiction short film starring Michael that was directed by Francis Ford Coppola and produced by George Lucas, when Michael discovered Tompkins’ talent for making pants cut specifically for dancers. Bush joined the ‘Captain EO’ production soon after Tompkins, and after the project wrapped, the pair began making costumes for Michael to wear in his music videos.

Their unconventional career provided them with the unique opportunity to work creatively with one of the world’s greatest entertainers, and through the medium of clothing help him express the artistic style that made him a cultural icon.

In addition to their work for Michael Jackson, Tompkins and Bush designed costumes for Britney Spears, including the red jumpsuit that she donned in the classic ‘Oops I Did It Again’ video, as well as pieces for Elizabeth Taylor and Denzel Washington’s wife Pauletta.

Dressingmichaeljackson.com is owned and operated by Pop Regalia, LLC on behalf of Michael Bush.

Source: This Is Bath, Dressing Michael Jackson & MJWN, with special thanks to Paula